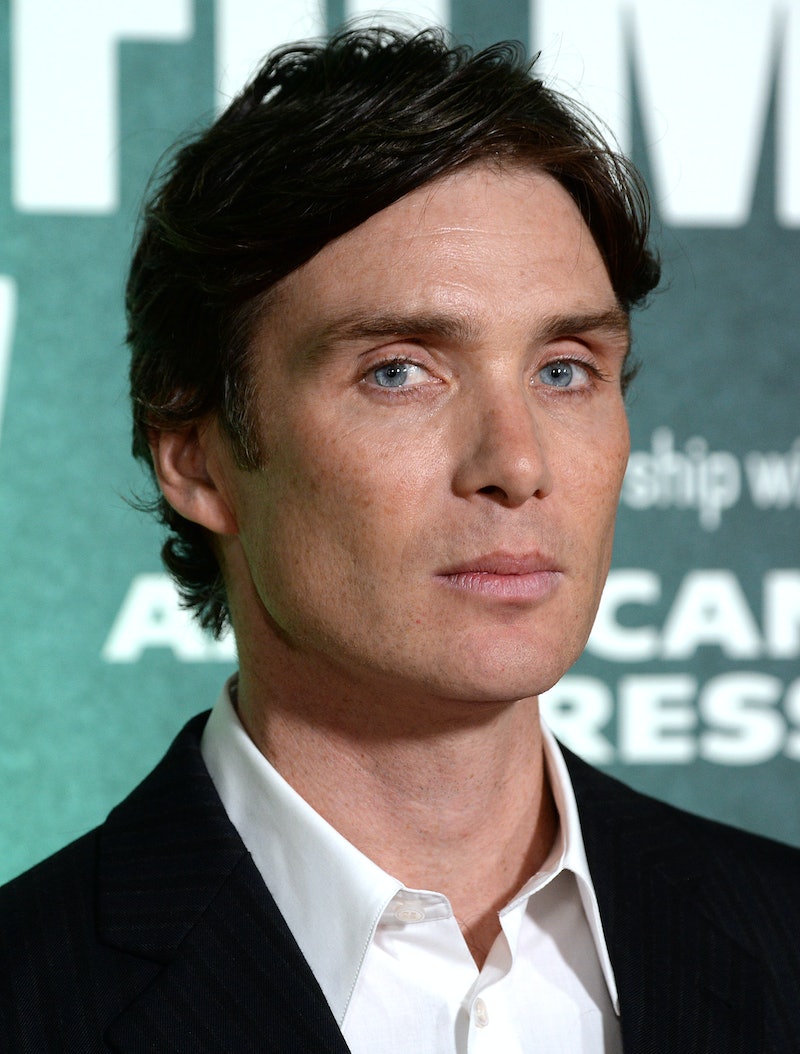 With one of the famous spy roles in the world currently up for grabs, a potential new frontrunner just emerged in the race to play James Bond. In the last few days, bookies’ odds have slashed for Peaky Blinders star Cillian Murphy, plunging to a highly respectable 12/1 at William Hill, and overtaking the likes of Spiderman star Tom Holland and Fifty Shades of Grey’s Jamie Dornan.

With Peaky Blinders’ final season currently airing, it’s definitely not out of the question — but first, Murphy needs to wrap up filming his upcoming starring role in Christopher Nolan’s Oppenheimer. If the actor ends up bagging the role, it’d make him the second Irish Bond, following on from Daniel Craig’s predecessor Pierce Brosnan.

The Irish actor has previously brushed off rumours swirling around a potential turn as 007. “Firstly, there’s a whole other industry which is completely separate from the film side of things, and that’s the bookies,” he told The Guardian. “The second thing I’d say is that I think it should be a woman, which rules me out.” Still, isn’t effortless deception one of a spy’s most valuable talents?

The director of the most recent James Bond film No Time To Die, Cary Joji Fukunaga, has revealed that discussions of who the next 007 will be have already taken place. These talks first happened when latest Bond actor Daniel Craig spoke of his desire to leave the franchise, following the filming of Spectre back in 2015.

“Two years ago I took Barbara [Broccoli, Bond producer] to my favourite Japanese restaurant in New York,” said Fukunaga, speaking to Total Film. “I tried to wine and dine her. At that point Daniel said he wasn’t doing another one, so we spit-balled all the potential new Bonds – that was exciting.”

What else did they chat about? “I just told her what I loved about Bond, and what it meant to me growing up. And just that I’d be honoured if they’d consider me for the next one,” Fukunaga said. Clearly, it worked, as Fukunaga replaced original hire Danny Boyle as director.

For context, Craig sustained an injury during the Spectre shoot, tearing the meniscus of his knee. “I thought I probably was physically not capable of doing another,” Craig told Total Film. “For me, it was very cut and dried that I wasn’t coming back.”

Taking a two year break from Bond, Craig “went and did other things” and “got some separation”, before being approached for a final film by producers Broccoli and Michael Wilson, who are half-siblings and have produced every Bond movie since Golden Eye in 1995.

Craig agreed to the final mission, Total Film reports, saying “There might be a story we need to finish here – something we started in Casino [Royale]. Something to do with Vesper, and Spectre, and something that was connected, in a way.” No Time To Die, which was released on September 30 2021 in the UK, marked Craig’s final film as Bond, his fifth in 15 years.

So far, the rumour mill has been spinning about who might take on the role post-Craig. These include Bridgerton’s Regé-Jean Page, who has downplayed the rumours publicly, saying that there wasn’t any truth to them (sadly!), and Idris Elba, who has previously said that he didn’t want to be the first “Black James Bond”, because of the pressure that actors of colour face when it comes to representation.Another name in the ring is Scottish Outlander star Sam Heughan. A fan and press favourite to take on the role, Heughan previously went up against Craig for a Bond audition. The role evidently went to Craig, but Heughan admitted on the podcast Just The Facts in June 2021: “I think now I feel the right age for it, I feel capable enough to do it, I’d love the opportunity to throw my hat in the ring.”

Tom Hardy has been another rumoured frontrunner for years — way back in 2017, the actor told The Daily Beast that he "can't possibly comment" on the speculation. Recently, however, the frequent Christopher Nolan collaborator has been overtaken by Henry Cavill as a favourite for the role. The Superman star previously auditioned for the Bond part back in 2005, but like Heughan, was beaten to the role by Daniel Craig. Currently starring in The Witcher, Cavill played it coy when asked if he’d be keen to return for a second shot. "Time will tell,” Cavill hinted in an interview with The Times. “You don’t know which direction they want to take Bond in and so I like to say that everything’s always on the table."

More like this
Here’s Everything You Need To Know About Operation London Bridge
By Bustle UK
Oprah Winfrey Revealed Her Hopes For Prince Harry & The Royal Family
By Maxine Harrison
10 Photos Of William, Harry, & Their Cousins Honoring The Queen Together
By Stephanie Topacio Long
William & Kate Shared How Their Kids Are Doing As They Mourn The Queen
By Stephanie Topacio Long
Get The Very Best Of Bustle/UK

This article was originally published on July 26, 2021