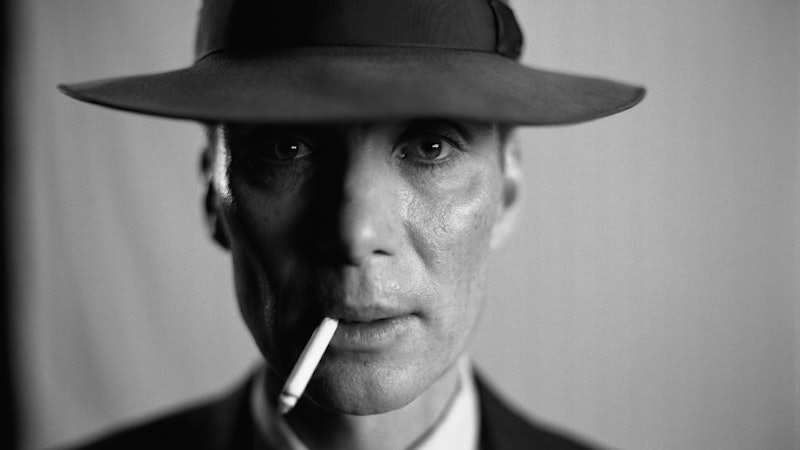 Off the back of his Oscar-winning film Tenet, Christopher Nolan is rewinding back to World War II for his forthcoming biography film Oppenheimer. The British-American director has previously won a whopping 11 Oscars for the likes of Inception, Tenet, Dunkirk, and Batman film The Dark Knight, and this forthcoming new project reportedly begins shooting early 2022. It marks Nolan’s first ever biopic film. See below for everything we know thus far.

It’s a film adaptation of Kai Bird and Martin J. Sherwin’s biography American Prometheus: The Triumph and Tragedy of J. Robert Oppenheimer. The Pulitzer Prize-winning book took 25 years to research. It’s all about the so-called father of the atomic bomb, American physicist Robert Oppenheimer, a complicated character who was placed under investigation by the FBI because of his supposed links with communism. Oppenheimer played a key role in the development of the first nuclear weapons during World War II, and after the US’s devastating attacks on Hiroshima and Nagasaki , the scientist campaigned repeatedly for the regulation of the new weapons he helped to create. Ultimately, he was exiled from academia due to his left-wing views.

As this point, it would be easier for us to report on who isn’t going to be appearing in the film. As Deadline reports that Nolan’s recruited an all-star cast including his regular collaborator, Peaky Blinder actor Cillian Murphy as J. Robert Oppenheimer. Murphy previously worked with Nolan on his films Dunkirk, Inception, and The Dark Knight Trilogy. Emily Blunt (who previously acted alongside Murphy in A Quiet Place II) is set to play his wife, Katherine Oppenheimer.

Elsewhere, the cast also features Matt Damon as Manhattan Project director Lt. Gen. Leslie Groves, while Robert Downey Jr. plays Lewis Straus — the chairman of the Atomic Energy Commission, who had Oppenheimer’s security clearance revoked. Meanwhile Florence Pugh stars as Jean Tatlock, an American psychiatrist who had a relationship with Robert Oppenheimer as a grad student and introduced him to radical politics. Rami Malek and Benny Safdie are also on board. Joining them on the big screen will be The Fear Index actor Josh Hartnett.

Prepare for a long wait, as Oppenheimer is set to hit cinemas on Jul. 21, 2023. It’ll be a theatrical exclusive for 100 days (so no home streaming, for now.) This window of exclusivity was reportedly a dealbreaker when Nolan decided to partner with Universal Pictures for the film’s release — the studio has put a whopping $100 million production budget behind the hotly-anticipated biopic, so it’s likely to be a big one.

In both the short teaser trailer and a newly-released promo picture, Cillian Murphy can be seen sporting a very Peaky Blinders-inspired wardrobe — with the added touch of a cigarette dangling from his mouth — for his turn as Oppenheimer. Science aside, participating in the creation of a bomb would most definitely appeal to Tommy Shelby. We know how much Birmingham's finest values his weapons.

This article was originally published on Feb. 20, 2022