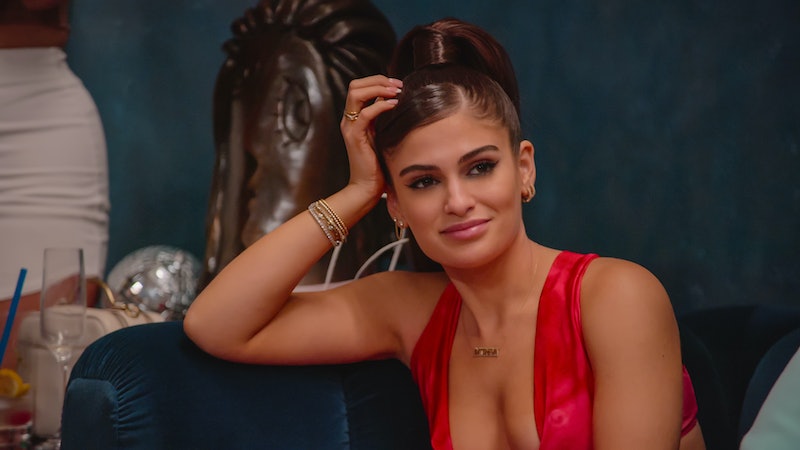 My Unorthodox Life Season 2 finds the Haart family in a very different place than viewers last left them — with both Julia and her daughter, Batsheva Haart, divorcing from their respective partners. The pair bond over their shared predicament in Episode 1 of the new season, which dropped on Dec. 2. “I cannot believe we’re both getting divorced at the same time,” Julia says. “Now we’re both single ladies. It’s pretty crazy.”

“I’m trying to find the humor in it all,” Batsheva responds while staying at her mom’s penthouse apartment.

Julia and Silvio Scaglia’s divorce has been a source of much contention — from corporate drama and bullying claims to a reported restraining order. However, Batsheva’s breakup has seemed fairly amicable by comparison. “It was a really hard decision for Ben and I to split up because we’ve always been best friends,” Batsheva explains in the Season 2 premiere. While they got married at 19, a lot has changed since then. “And then, at 28, we both wanted different futures. His vision was to have a Modern Orthodox family, and to keep full Shabbat, and to eat full kosher, and that’s just not what I want.”

Batsheva says she previously thought Ben would align his life goals with hers if he really loved her. “But then I realized that, why should I ask him to change what he wants? Because I wouldn’t want him to ask me to change either.”

The pair first announced their separation in November 2021 with a statement shared on both of their Instagram accounts. “We have so much love and respect for each other but have realized that it is time to take some space to ensure that each of us live the most joyous, fulfilling lives possible,” they wrote on Nov. 18, per Us Weekly. “There are no secrets nor salacious events to blame. We are just two best friends who met at a very young age and have grown over the past 9 years each in our own way. We so appreciate your continuous support as we embark upon this new chapter of our lives, separately.”

Batsheva’s work as an influencer meant that she would keep fans updated with the post-breakup journey on social media. “When you are going through your first heartbreak & Taylor Swift drops a new album,” she wrote in one post, days after the split was announced. (Fortunately, Swift dropped Red (Taylor’s Version) that same month.)

In another post from this January, Batsheva thanked her mom and Silvio — who had not yet divorced — for letting her stay at their place until Ben moved out. For now, Batsheva shares that she’s in her “happily single era,” with hopes that 2023 will be her year.

More like this
Brittany Snow Files For Divorce From Tyler Stanaland After 'Selling The OC' Drama
By Grace Wehniainen and Radhika Menon
Here’s Everything Coming To & Leaving Netflix In February
By Jake Viswanath
At 28, Debra Jo Rupp Was Living A Much Different '70s Show
By Grace Wehniainen
Here’s Why Danny Masterson’s Hyde Isn’t In 'That '90s Show'
By Brad Witter
Get Even More From Bustle — Sign Up For The Newsletter
From hair trends to relationship advice, our daily newsletter has everything you need to sound like a person who’s on TikTok, even if you aren’t.