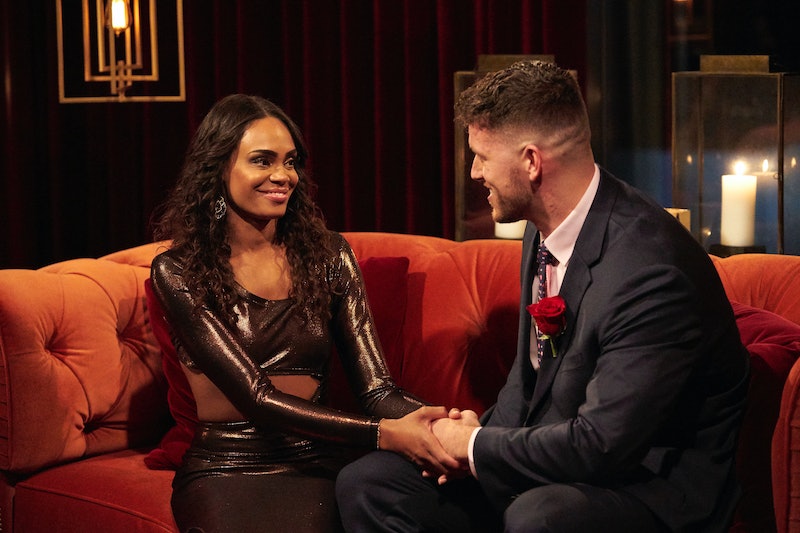 Despite a lack of confirmation, all of Bachelor Nation was expecting Clayton Echard to be named the next Bachelor before Michelle’s season had even premiered. This meant that as far as Clayton’s journey was concerned, his love story was always going to center around the “why” and not the “when.” We hoped we’d eventually get an answer as to why he went home and why he was chosen to be the next franchise lead, but sadly, we still don’t really know.

Nov. 23’s episode was the one where we finally got to taste a slice of Clayton’s personality. After all, if this man is going to be the next Bachelor, one would expect some kind of heartbreak or whirlwind romance tragically cut short. However, we didn’t get any of that. We got to see Clayton interact with children, we got to see him slightly open up to Michelle, we even learned that his broad Missouri shoulders are perfect for carrying groceries. But did we actually learn what makes him worthy of being the face of the franchise?

By the time their one-on-one date had progressed to the dinner portion of the evening, it was clear that Michelle wasn’t as far along with Clayton as she needed to be. She told him as much while cradling the rose in her hands, letting Clayton know that she didn’t feel comfortable potentially meeting his family. Though Clayton did his best to be vulnerable, his efforts simply weren’t enough. Michelle explained that there was still something missing and let Clayton know that he would ultimately find the right person.

What then followed was an extended sequence of a tearful Clayton talking about his desire to revert back into a safe shell, uninterested in being vulnerable after his elimination at the hands of Michelle. That brief foray was followed up by Clayton talking to the two children from the date and receiving letters from them. He continued to cry as he read aloud their kind words — words that were definitely not written by a producer. Nevertheless, the content of the notes imbued Clayton with a new sense of romantic purpose, and he realized that his wife was still out there, perhaps waiting in a casting office somewhere, prepping for his season.

Whether or not you ultimately became a fan of Clayton during his short tenure as a contestant, you’re probably better off just getting used to seeing him. We’ve reportedly got a full season waiting in the wings where we’ll, hopefully, become more acquainted with the former football player. Until then, we’ll always have our memories... kind of.

More like this
Zach Reveals The Chaotic 30 Minutes That Were Cut From ‘The Bachelor’ Premiere
By Grace Wehniainen
'Bachelor' Fans Think Rachel & Clayton Are Dating After This TikTok
By Grace Wehniainen
Kaitlyn Bristowe Said Chris Harrison Ignored Her After Her 'Bachelorette' Hosting Gig
By Grace Wehniainen
This 'Bachelor' Contestant Got Back With Her Bachelor Nation Boyfriend After Going Home
By Grace Wehniainen
Get Even More From Bustle — Sign Up For The Newsletter
From hair trends to relationship advice, our daily newsletter has everything you need to sound like a person who’s on TikTok, even if you aren’t.