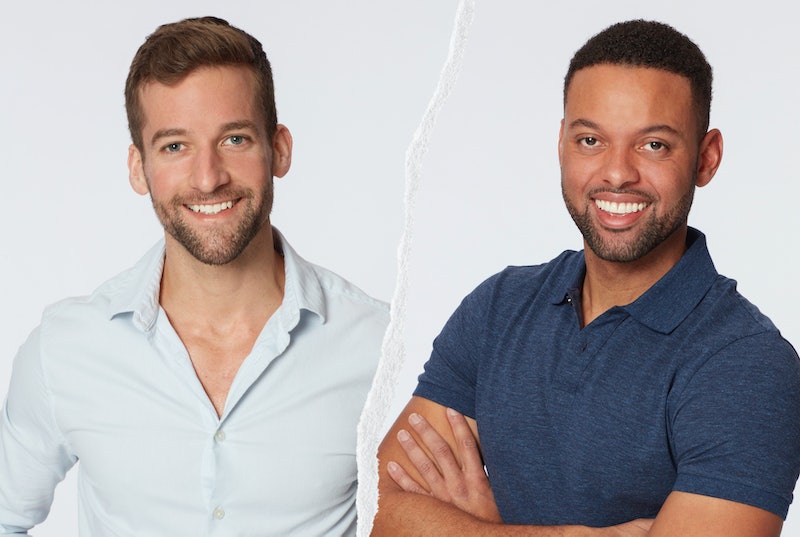 It’s been nearly two full years since a beach full of Bachelor and Bachelorette alumni looked for love on Bachelor in Paradise. The last time the show aired in 2019, no one knew a global pandemic would force the franchise to take a summer off in accordance with lockdown safety measures. But now with a Bachelor and Bachelorette season under their belts, ABC producers have perfected filming in a quarantined bubble and are determined to make BiP Season 7 happen, no matter what. Here’s what to know about the upcoming season.

The Bachelor In Paradise Season 7 Premiere

Bachelor in Paradise will return on Aug. 16 with a two-hour episode airing at 8 pm ET.

The Bachelor In Paradise Season 7 Hosts

Tommy Boy actor David Spade, rapper Lil Jon, former *NYSNC member Lance Bass, and Unbreakable Kimmy Schmidt star Tituss Burgess are all set to appear as part of the “revolving cast of guests hosts” who will step in during Season 7. This comes following longtime host Chris Harrison’s exit from the franchise after a controversial interview with Rachel Lindsay in which he implored fans to extend "a little grace” to Matt James’ finalist Rachael Kirkconnell for her past racist behavior. (Both he and Kirkconnell have issued apologies).

Spade may seem like a random choice to take on the gig, but the network actually selected him because of his devotion to the franchise. According to a Page Six report published on June 2, the SNL comedian is a Bachelor superfan who has built a social media following with his routine Bachelor commentary. Whether Lil Jon, Bass, and Burgess consider themselves as devoted to the show is TBD.

Per The Hollywood Reporter, fan-favorite Bachelorette contestant Wells Adams will return as BIP’s resident bartender. Additionally, this time around he’ll also serve as the “master of ceremonies” for the rose ceremony eliminations as well as a guest host for one episode. Reacting to the news on Instagram in June, he wrote, “Starts practicing ‘This is the final drink of the..sorry, this is the final rose of the evening.’ See ya on the beach!”

The Bachelor In Paradise Season 7 Cast

Because of the show’s hiatus, the pool of suitors for Paradise was twice its normal size — ABC executive Rob Mills said production scouted a group of roughly 150 people. “How do you make that into 15 to 18 cast members? It’s going to be really tough,” he said.

On July 8, ABC released the names of the first batch of contestants for Season 7, and they include a solid group of fan favorites and even a couple of villains, like “Queen” Victoria Larson and Karl Smith. Following Katie’s multiple eliminations during the Bachelorette, ABC announced even more names and later confirmed that former Bachelorette Becca Kufrin and Bachelor in Paradise alum Kendall Long — the ex of Joe Amabile, who will also be on the show — will both hit the beach. Here’s who’s confirmed so far:

As in any Paradise season, more contestants will turn up as the weeks go on, and it’s possible Dr. Joe Park from Clare Crawley’s season will appear later. After the anesthesiologist documented his COVID-19 vaccination journey on social media in January, Mills dropped a major hint that fans would see him on Paradise. “We’ve got ourselves a vaccinated Paradisian!!” he tweeted.

Leading up to Season 7, casting was reportedly a challenge. In March, E! News detailed that several members of Bachelor Nation declined offers to do BiP following the show’s racism scandals. An insider said that ABC was “hoping to get Blake Horstmann, Tia Booth, and Becca Kufrin” on board.

Before officially joining, Ivan Hall told E! in February that he had reservations about returning to the franchise depending on its host. “I wouldn’t feel comfortable if [Harrison] is there, to be quite frank,” he said. “[I’m] not saying he can’t make a recovery, can’t learn from all of this, but, you know ... it would just be too soon, really.”

In April, Season 25 lead Matt James told People that he and Tyler Cameron will not be looking for love on the upcoming season. “There’s a negative chance I’ll be on Paradise,” he firmly told the magazine. “There is a negative chance Tyler’s on there as well. I think we’re good on that.” Several members from his season may appear, though, including the already confirmed Mari and Abigail, as well as the stylish Chelsea Vaughn.

Typically, Paradise is filmed at Playa Escondida resort in Sayulita, Mexico, but Mills isn’t sure that will be the case for Season 7. “If people can get vaccinated, then maybe we’re back in Mexico,” Mills told Variety. “If not, maybe there is a bubble situation in Mexico. We will figure out something — I never know what will happen, but I feel very confident in saying that you will get Bachelor In Paradise next season.” Per Insider, the season began filming in early June and will go on for three weeks.

The Bachelor In Paradise Season 7 Trailer

The trailer, which debuted during Katie Thurston’s Bachelorette finale, is everything you’d expect from Paradise. There’s champagne, nudity, and plenty of heavy makeouts, as well tears, betrayals, and shouting matches. Aaron gets into a fight with Thomas, someone throws a cake in a bonfire, and as expected, we’re told that “This could be the most dramatic bachelor in paradise ever.”

More like this
Brandon & Serene Reveal The Major Relationship Milestone They Celebrated After 'BiP'
By Kadin Burnett and Grace Wehniainen
Why Wasn't Teddi At The 'Bachelor In Paradise' Reunion?
By Brad Witter
What Jen Shah's Delayed Sentencing Could Mean For The 'RHOSLC' Season 3 Reunion
By Brad Witter and Jake Viswanath
Chris Moyles’ Partner Supports Him In The Sweetest Way
By Darshita Goyal
Get Even More From Bustle — Sign Up For The Newsletter