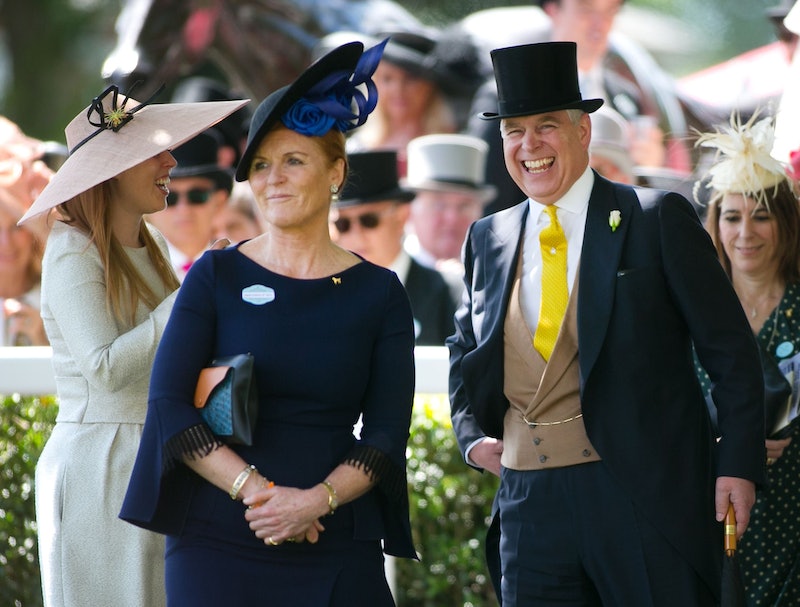 The royal family famously doesn't like scandals. And although divorce is pretty common nowadays, it certainly wasn't back in the '90s. Not until two of the Queen's sons did it in the same year. In May 1996, Prince Andrew divorced wife Sarah Ferguson. Three months later and it was a similar story for Prince Charles and Princess Diana. Although the latter sadly didn't get the chance to stay friends, the former have remained close over the years. But why did Prince Andrew and Sarah Ferguson divorce and are the rumours surrounding their split really true?

According to the Express, Prince Andrew and Sarah Ferguson met when they were children but lost touch until Diana invited Ferguson to a party inside Windsor Castle. Their engagement was known as a whirlwind, coming just months after they began dating. And in July 1986, they married in a grand ceremony at Westminster Abbey.

Rumours soon began that the couple were experiencing issues — supposedly because Andrew was enjoying a career in the navy. According to the Express they were frequently spending months apart. Ferguson herself appeared to allude to these particular marital problems in an interview with Harper's Bazaar.

"I married my boy, who happened to be a prince and a sailor, because I loved him — my only condition being, 'I have to be with you,'" she told the magazine in 2011. "And two weeks after the wedding, the courtiers told Andrew, who thought he'd be stationed in London, 'You have to go to sea.' I spent my entire first pregnancy alone. When Beatrice was born, Andrew got 10 days of shore leave and when he left I cried."

The couple eventually decided to split in 1992 after being married for six years. The overseas career appeared to be the main problem along with rumours of Ferguson's infidelity. (She had been photographed in a compromising position with an American financial advisor shortly after the separation.)

But it wasn't until 1996 that the royal couple actually divorced. As Sarah Ferguson explained to Harper's Bazaar, she wasn't keen on the official split: "I didn't want a divorce but had to because of circumstance." However, she harboured an ambition to work; something which wasn't viewed as proper for an official member of the royal family. "Andrew and I decided to make the divorce official so I could go off and get a job," she told the magazine.

Perhaps it was the circumstances surrounding Prince Andrew’s divorce that has allowed Ferguson to remain inside the royal circle. After all, she admitted to asking the Queen for friendship instead of money in the same interview with Harper's Bazaar. "When I met with Her Majesty about it, she asked, 'What do you require, Sarah?' and I said, 'Your friendship,' which I think amazed her because everyone said I would demand a big settlement," she said. "I left my marriage knowing I'd have to work. I have."

Since their divorce, Ferguson and Prince Andrew have remained friends and frequently spend time together, along with their daughters Beatrice and Eugenie. Sarah Ferguson has regularly voiced her support for Prince Andrew following his links to the Jeffrey Epstein investigation, describing him as the “best man I know” in a 2019 interview with Vogue Arabia and that the allegations are “all nonsense”. More recently, the ex-couple were seen together visiting the Queen at Balmoral Castle a day after Virginia Roberts Giuffre filed a lawsuit against Prince Andrew on Aug. 10, 2021.

More like this
'MAFS UK' Changed The Rules After Matt & Whitney Cheated On Their Partners
By Catharina Cheung
Molly-Mae Hague & Tommy Fury Celebrate Pregnancy Reveal In The Sweetest Way
By Sophie McEvoy and Sam Ramsden
DJ Tyler West Is Probably Safe From The “Strictly Curse”
By Maxine Harrison
Wait, Is Maya Jama Confirmed To Host 'Love Island'?
By Sophie McEvoy
Get The Very Best Of Bustle/UK