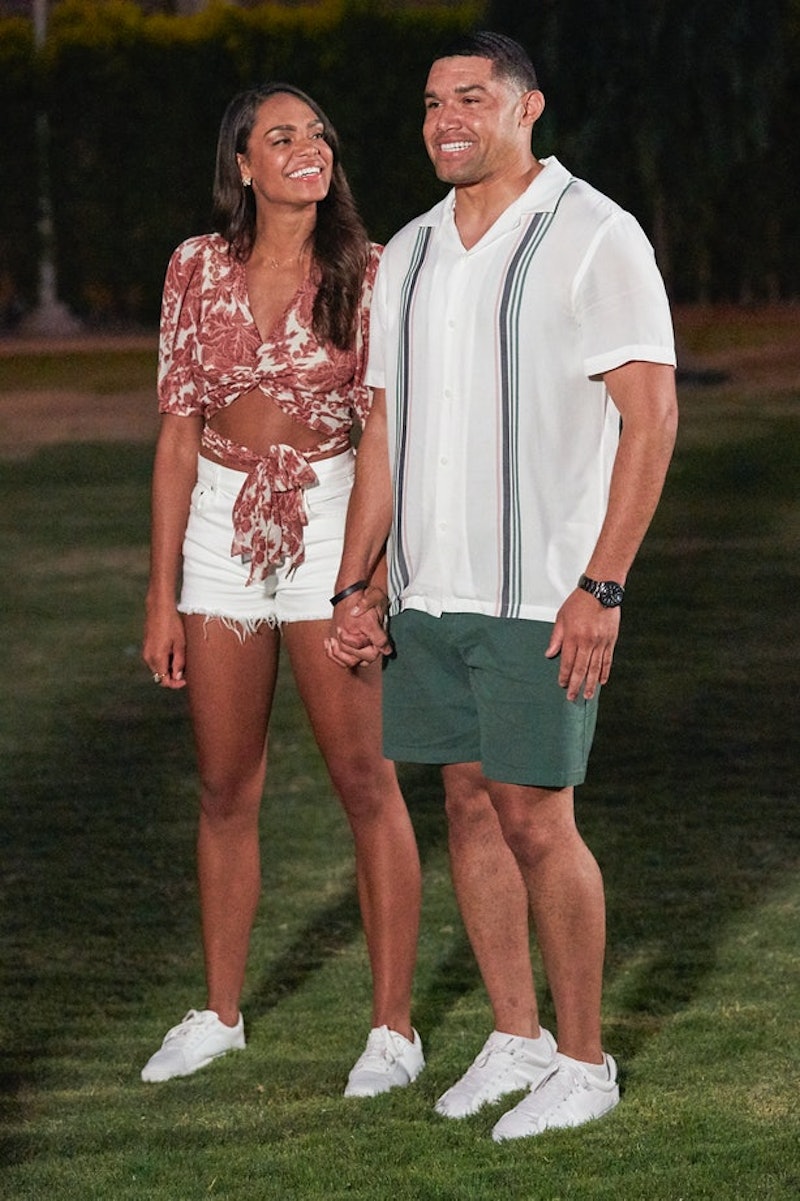 The 29-year-old sales rep left a lasting impression in Week 1, when he made his limo entrance in an apple costume. After that, apples became a recurring theme in his relationship with Michelle: at one point, Michelle gave Rodney an apple taste test, which Rodney recreated on their hometown date. He took Michelle to an orchard and turned the tables, having Michelle do a taste test instead.

Later that night, Michelle met Rodney’s mom Carrie and stepdad Tyree. Rodney is especially close with his mom, often calling her his “Wonder Woman.” She raised him and his brother on her own and worked three jobs while doing so. Naturally, Carrie was worried about her son getting hurt, and expressed her concerns in a one-on-one conversation with Michelle. She confessed that though the idea of a potential engagement was “very exciting,” it brought tears to her eyes that Rodney “could be heartbroken.”

Rodney also talked to his mom right afterward, listing the reasons why Michelle is the woman for him. “She’s beautiful inside and out,” he said, adding, “I’m definitely falling in love with this woman.” He then professed his feelings for Michelle after their date.

When the rose ceremony rolled around, Michelle told the cameras that, “Clarity didn’t come in the way that I thought it would,” and explained that she had to ask herself which three relationships she wanted to continue pursuing. Ultimately, she chose to explore her connections with Brandon, Nayte, and Joe. “Can I walk you out?” she asked Rodney after not giving him a rose. “I know that we’ve had conversations about you being an underdog,” she told him outside. “I need you to know that who you are is enough. I don’t want you thinking that you weren’t enough. It’s just that feelings moved quicker in these other relationships ... Everything that makes up Rodney is so special.” Rodney replied in kind. “I’m always gonna care about you Michelle,” he said. “You’re amazing, Michelle, so thank you.”

He was gracious until the very end. “Clearly, Michelle saw her future with someone else in that room. It hurts. It just wasn’t meant to be I guess,” he said in the car ride home. But fans were nonetheless devastated by his exit. “Rodney deserved better,” was the collective sentiment.