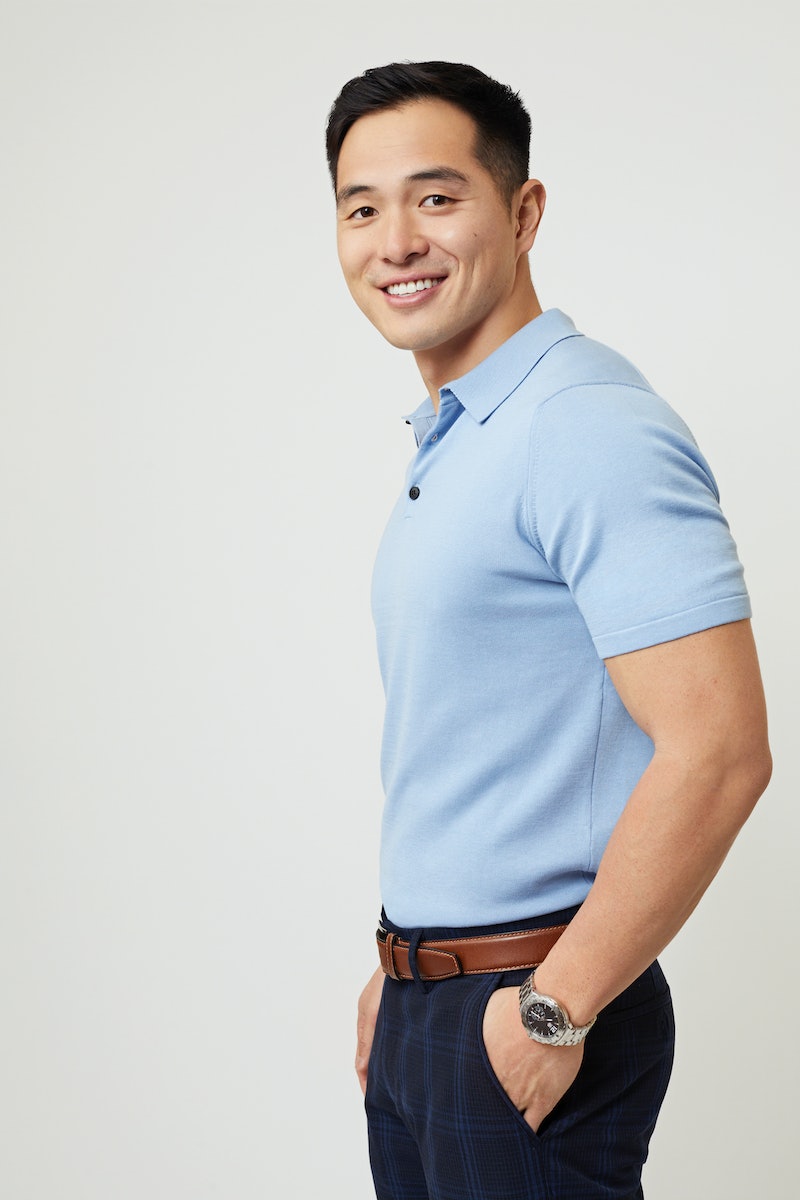 Despite the fact that we are six full weeks into the current season of The Bachelorette, there are still some mysteries afoot. Who will Gabby and Rachel end up with? What if both women fall for the same man? And who exactly is Ethan? Well, we can at least answer the last question, seeing as we know Ethan as the 27-year-old ad executive from New York, but as the season has proved, we don’t know much else. It’s not necessarily his fault, editing is a finicky business and his screen time may have been slashed for any number of reasons. But having made it so far into the season, with little impact on the audience, it was clear that his exit from the show was imminent.

Ethan began Episode 6, which aired August 15, by saying that he was “deep in the game,” but things didn’t start out all that well for the suitor, especially after he pointed out that he hadn’t yet received a solo date with Rachel. Matters became worse when the one-on-one date card arrived, and Ethan’s name wasn’t on it. However, he had an ample opportunity during Rachel’s group date at a cheese festival. It didn’t help that Ethan admitted to being lactose-intolerant, but as he said, “Rachel loves cheese, therefore I love cheese.” Love is all about sacrifice.

Ethan joined Tino, Tyler, and Aven on the date, as each guy took turns whisking Rachel away for some solo time. The height of the afternoon date came in the form of a shirtless cheese-holding competition, where the men had to shoulder massive wheels of cheese, suspended on yokes. Tino and Ethan managed to outlast everyone else, before agreeing to drop their cheeses at the same time. However, it was Tino who Rachel immediately ran up to in celebration, whereas Ethan collapsed on the grass, which did get a giggle out of the Bachelorette. Tino ended up winning “Cheese King,” while Ethan was back to the drawing board.

At the cocktail party, Rachel’s men remarked on how important the group date rose was. Ethan said that Rachel is the person he sees himself spending the rest of his life with, and he wants to take her home to meet his dad and sister. Granted, he did also acknowledge the “stiff competition” that stands in his way. Despite the best effort of the men, Tyler ended up securing the group date rose and a trip to Hometowns, meaning the rose ceremony was Ethan’s last chance.

Rachel’s first choice was Aven at the rose ceremony, once again leaving a final two comprised of Ethan and Tino, eerily similar to the cheese competition. After the dramatic swelling music did its job, Rachel selected Tino, ultimately eliminating Ethan. That means Rachel’s final four is made up of Aven, Tino, Tyler, and Zach.

Ethan approached her on stage and said, “Rach, thank you for everything. I wish you nothing but the best.” She responded, “You’ve made this experience so positive for me.” And with that, their love story concluded its final chapter and came to its close. While the evening’s episode aired, Ethan posted two photos to his Instagram Stories, one feigned outrage at never getting a one-on-one date and another which commended him on his decision to eat cheese for Rachel. Despite his elimination, it seems like Ethan is still in good spirits.

More like this
The New Bachelor Will Be Announced Next Week & Here Are The Top Contenders
By Grace Wehniainen
The 'Bachelor In Paradise' Schedule Shifts To 4 Hours Every Week After The Season 8 Premiere
By Brad Witter
Are Brandon & Serene Still Together After 'Bachelor In Paradise'?
By Kadin Burnett
Here's Exactly When Rachel & Tino's Fight Happened After 'The Bachelorette'
By Grace Wehniainen
Get Even More From Bustle — Sign Up For The Newsletter