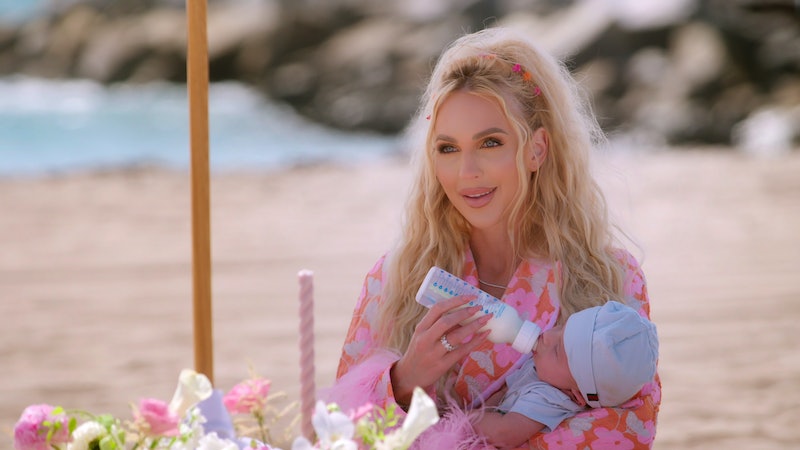 Christine Quinn escaped the hot seat again, when she was a no-show at Selling Sunset’s first-ever reunion special that filmed on April 24. The reason Christine wasn’t at the reunion taping in Los Angeles, according to her rep, was that she’d tested positive for COVID-19 one day earlier. “Out of an abundance of caution, she did not attend,” the rep explained to TMZ on April 25. Though producers asked Christine to appear virtually — as co-star Amanza Smith did, in light of her positive COVID test — she “wasn’t feeling well enough” to do so and declined the offer.

Some began to question Christine’s explanation, however, when TMZ published photos of her filming a commercial with Real Housewives of New Jersey’s Melissa Gorga on April 26 — three days after she said she tested positive for COVID, and two days after her reunion absence. Later, a source told Us Weekly that the How to Be a Boss B*tch author had two negative tests and, “in accordance with protocols, she went back to work.” The insider also pointed out that the women were filming the undisclosed commercial outdoors.

By then, Christine’s Selling Sunset co-star and nemesis Chrishell Stause had already called out Christine for lying on Twitter. Replying to TMZ’s April 26 tweet about Christine’s commercial shoot, Chrishell tweeted a GIF of Maury Povich that read, “And the lie detector test determined that was a lie.”

Ultimately, however, Mary said she thinks Christine is “great for the show” — just not for the Oppenheim Group. And after Season 5, Christine’s future at Brett and Jason Oppenheim’s real estate brokerage remains uncertain. After making negative comments about Chrishell and Jason’s since-ended relationship all season, things hit a boiling point when Emma Hernan accused Christine of offering her client $5,000 to not work with her anymore. (Christine has repeatedly denied Emma’s claim.)

Meanwhile, Christine told new cast member Chelsea Lazkani in the Season 5 finale that she was considering leaving the Oppenheim Group anyway. “I kind of just feel like it’s just like becoming really difficult for me to do my job because I’m constantly up against different bullsh*t,” she said, citing nonstop workplace drama.

The same day Selling Sunset Season 5 premiered, Christine and husband Christian Dumontet launched RealOpen, which allows users to buy and sell homes using cryptocurrency. Since then, ‌the Oppenheim Group appears to have removed Christine’s agent profile from their website. “Why work for someone else when you can be your own CEO?” Christine tweeted on April 23.

Only time will tell though if her reunion absence means she’s leaving Selling Sunset, too.