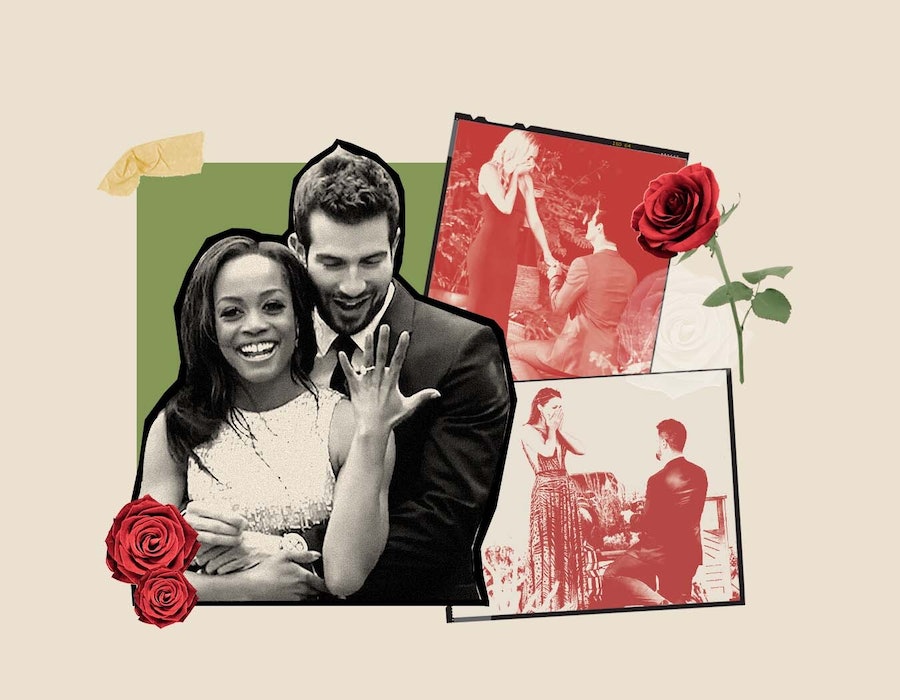 The only thing as certain as Bachelor Clayton Echard’s love of pizza is his desire to get married. He was sure to remind us within minutes of appearing onscreen as the Bachelor that he “can’t wait” to find the woman of his dreams, settle down, and have kids.

Yet his chances of finding a successful marriage on The Bachelor are not terrific: In 25 seasons, only one Bachelor — Sean Lowe — has ever married the woman he chose at the final rose ceremony, which translates to a success rate of 4%. By now, it’s almost trite to point out how short-lived Bachelor relationships tend to be — but it’s a warranted criticism for a show that claims to have matrimony as its end goal. Season 24’s Peter Weber, for example, tried to date his winner Hannah Ann Sluss, then his runner-up Madison Prewett, and then his fifth-place finisher Kelley Flanagan, but none of those relationships survived beyond 2020, the same year his season aired. Meanwhile, The Bachelorette has been relatively more successful at producing weddings, but lately, even its shinier reputation appears to be losing some luster: No Bachelorette since Rachel Lindsay, whose season aired in 2017, has married her final rose recipient.

It’s obvious why a reality TV show like The Bachelor might not be a great environment to find a wife. You don’t get to spend much time with your fiancée before proposing, you have exactly one night away from the cameras to talk about religion and politics, and it’s much harder to date in the so-called “real world” than it is when producers are paying you to go bungee jumping. It’s a bit like expecting a summer camp relationship to last forever.

But in the moment many Bachelors seem so convinced that “this process works,” as Clayton is fond of phrasing it, they’ll threaten to send home any woman who displays even the slightest reticence to head to the altar. We saw this phenomenon play out in textbook fashion on the most recent episode of The Bachelor: After 32-year-old Mara told 28-year-old Clayton that 23-year-old Sarah is “maybe not fully ready” for marriage, the Bachelor pulled the younger woman aside for a serious conversation about her matrimonial preparedness.

First, though, current Bachelor host and Season 5 lead Jesse Palmer helped whip him up into a panic by telling him, “For me, picking someone that wasn’t there for the right reasons — that absolutely terrified me.”

Clayton then asked Sarah point blank if she “could be engaged by the end of this.” Sarah cried, reassured him she’s ready, and was ultimately spared elimination, but it’s hard not to think about the facts here: She and Clayton have only spent, like, one day together. And even if he proposed to her down the line, there’s a 96% chance the engagement would end anyway.

Why would I watch Clayton casually date 30 women only for him to find a woman he can… continue casually dating?

But that dose of realism begs an important question: If The Bachelor admitted that marriage wasn’t a realistic end goal, would we still watch?

In earlier seasons of the show, back when the concept of a man simultaneously dating multiple women at once on broadcast television was still scandalous, more Bachelors opted not to propose. The first Bachelor, Alex Michel, didn’t get down on one knee. Season 4’s Bob Guiney offered a $45,000 (!) promise ring to his winner. And notably, Jesse Palmer gave his winner a one-way plane ticket to New York only to split up with her four months later — details he has, of course, not mentioned on air since taking over for Chris Harrison, only introducing himself as a “happily married man.”

Yet marriage has been the vaunted end goal of The Bachelor from the beginning, with even Michel being shown picking out an engagement ring. In those days, finding out whether the Bachelor would get down on one knee at the end of the season was part of the drama; these days, it’s more of an expectation. Either way, it’s always been the yardstick by which the show has measured the success of its leads.

That expectation, however impractical, gives us a reason to watch — and the producers know it. Even more cynical fans of the show like me morbidly want to find out if the forced overnight intimacy the show engenders can actually lead to something lasting. Why would I watch Clayton casually date 30 women only for him to find a woman he can… continue casually dating?

Indeed, there may need to be a pot of gold engagement rings at the end of the rainbow to keep our attention, even if the show ends up taking most of them back. Most reality TV shows that are more honest about modern sex and dating culture — like Love Island, Are You The One?, or even FBoy Island — use the promise of a cash prize to keep us hooked to the end. And shows like Love Is Blind and 90 Day Fiancé that don’t dole out money at the end belong to the same genre of accelerated intimacy as The Bachelor.

It seems like we need either one or the other: The entertainment of watching straight people U-Haul, or the tantalizing possibility that they could win money by making out. The Bachelor has painted itself into a corner where it can’t pivot to the latter model without admitting that it is, ultimately, a game show.

So even if The Bachelor ends up having a 1% success rate — and every season since Sean Lowe brings it closer to that, well, low — I expect it will still hold out the promise of a proposal in the end. The process may not work, but it must go on.