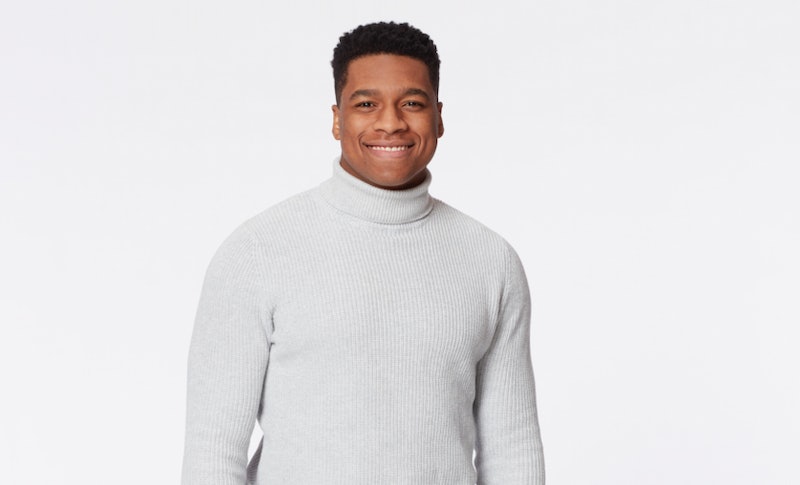 There are a lot of reasons Katie Thurston — and fans at home — fell for Andrew S. on The Bachelorette. From the fake British accent he used during his limo entrance to his affinity for Taco Bell, the 26-year-old showed he has a fun, lighthearted side. But he also proved that he’s capable of serious conversations, speaking candidly about his experiences with interracial dating. During a season that included several instances of men telling Katie who to send home, Andrew set himself apart as one of the few men in the house who stayed out of the drama and let Katie make those judgment calls herself.

So when Katie sent Andrew home in Week 7, viewers were both shocked and devastated. “ANDREW?! SHE'S SENDING ANDREW HOME???!!!?!?!?!!!” tweeted one incredulous fan. Bachelor alum Jubilee Sharp also voiced her disbelief. “This season of the Bachelorette has been really great, but I'm sorry. If you don't choose Andrew damn S, you are out of your mind,” she tweeted.

After a tearful goodbye, Andrew S. surprised Katie in her hotel room the next day hoping to end their relationship in a more positive place. Before leaving, he gave her a note that read, “If you change your mind, I’ll be waiting,” prompting Katie to sprint after him and down a flight of stairs before leaping into his arms and asking if he wanted to stay. Andrew ultimately said no, because he wants a partner who chooses him first. But the two seemed to both get closure and parted ways on good terms.

This opens the door for Andrew S. to become the potential next Bachelor — something fans began campaigning for almost immediately after his exit. “Bachelor Nation waiting to sign the the petition for Andrew S to be the next Bachelor,” tweeted the fan account Best of Bach alongside a photo of an extremely long line of people. Another viewer shared similar sentiments, writing, “me on my way to ABC headquarters to start the ‘andrew for bachelor’ campaign as soon as katie said justin’s name” alongside a clip of someone sprinting through a parking lot. And of course, Andrew’s cousin Clay Harbor — a fellow Bachelorette alum— tweeted his own message of support: “Andrew S for Bachelor. That’s it. That’s the tweet.”

Obviously, we won’t know who the next Bachelor is until ABC makes an official announcement, but Andrew certainly seems like a strong contender. ABC Entertainment executive Rob Mills told Variety in January that fan input plays a big role in who they select as lead, though he also noted that between Katie’s season, Clare Crawley and Tayshia Adams’ joint Bachelorette season, and Michelle Young’s upcoming season, they have an especially large pool of men to pick from. “Sometimes the pond is really dry — this season will be the opposite case. The pond is overstocked,” Mills said.

ABC usually reveals the next Bachelor sometime in early to mid-September, so stay tuned until then.