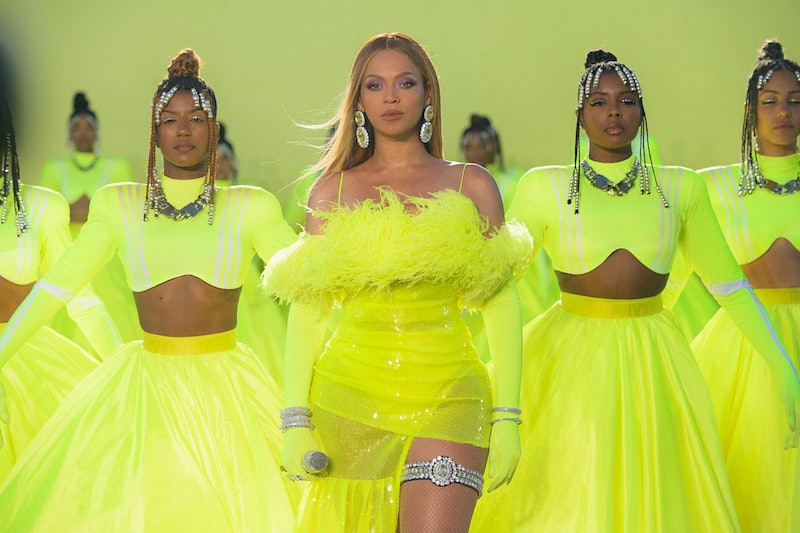 If Beyoncé hasn’t broken your soul or made you quit your job yet, she just might at the 2022 BET Awards on June 26. Twitter is buzzing with rumors that Beyoncé may attend the awards show and potentially give the debut performance of her new single “Break My Soul” ahead of the July 29 release of her seventh studio album Renaissance. The “Formation” singer is no stranger to a surprise BET Awards performance, so the Beyhive thinks history may repeat itself.

In 2016, Beyoncé opened the BET Awards without announcing her appearance beforehand, recreating the Formation World Tour performance of her Lemonade track “Freedom,” complete with all of the stunning military choreography and water-stomping you can handle. Kendrick Lamar also joined her onstage to perform the song together for the first time.

READ NEXT: Big Freedia Reveals The Real Meaning Of “Break My Soul”

Now that her next album is finally upon us six years later, fans think Beyoncé could show up at the BET Awards to kick off the Renaissance era in style. Some fans speculate that she might instead premiere the music video for “Break My Soul” during the show.

Other performers who have been confirmed for the 2022 BET Awards include Lizzo, Jack Harlow, Latto, Roddy Ricch, Babyface, GIVĒON, Ella Mai, Chance the Rapper, and Chlöe. Taraji P. Henson is set to host the ceremony, and if Beyoncé does grace the venue with her presence, she’s sure to fangirl just as much as all of us. BET also confirmed on June 15 that more performers would be announced, leading credence to the theory of a surprise Beyoncé performance. However, one person that will likely not be in attendance is Lil Nas X, who teased a song that repeats “F*ck BET” after receiving no nominations this year.

Despite the buzz from the Beyhive, don’t be surprised if the award show comes and goes without a Bey spotting.