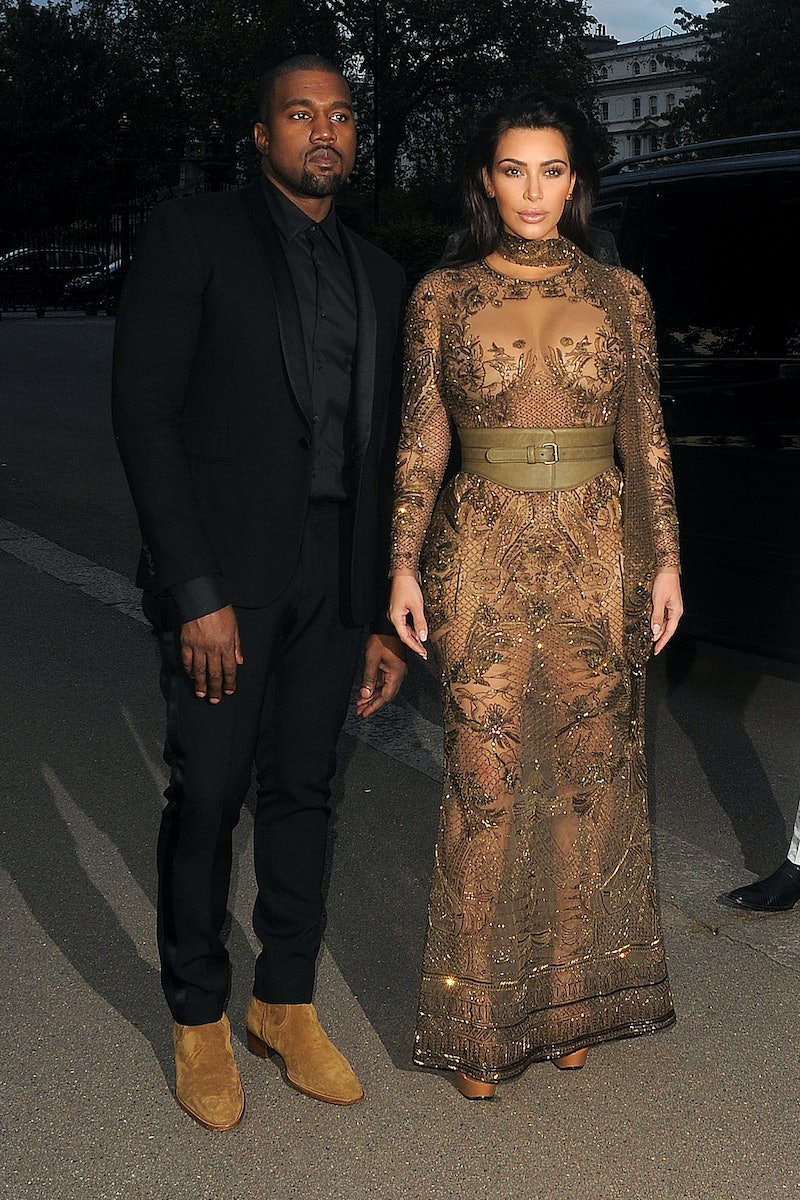 Over the past fourteen years, the Kardashians have shared the good, the bad, and the ugly with viewers, and the June 3 episode of Keeping Up With the Kardashians was certainly no exception. In a flashback featured in the show’s penultimate episode, Kim Kardashian revealed that her marriage to Kanye West makes her feel like a “f*cking failure.” The emotional scene aired while the family was on vacation in Lake Tahoe after the Skims founder said she wanted to “go to her room and never come out.”

Before the heartwrenching scene, Khloé Kardashian explained in a confessional that her sister’s relationship with the rapper had been on the rocks and that they had a “big fight” prior to the trip. The flashback of Kim sobbing seemingly confirmed what the Good American founder told the camera privately. “I honestly can’t do this anymore,” Kim said in tears. “I’m still in this place where I’ve been stuck for years.”

The 40-year-old reality star went on to explain that although West is a good parent to their four children — North, 7, Saint, 5, Chicago, 3, and Psalm, 2 — she’s the one who carries most of the responsibility. “He goes and moves to a different state every year, and I have to be together so I can raise the kids,” she said before adding that West is “an amazing dad, and he’s done an amazing job.”

Unfortunately, being a good parent isn’t enough to save their tumultuous marriage. “He deserves someone that can go and support his every move, and go and move to Wyoming,” the KKW Beauty founder continued. “I can’t do that. He should have a wife that supports his every move and travels with him, and I can’t.” This painful realization came before Kim admitted that she feels like a “f*cking loser” because this is her third failed marriage. “But I can’t even think about that,” she added. “I want to be happy.”

Prior to this episode, it was unclear if the final season of KUTWK would address the demise of their marriage at all. In January, a Page Six source revealed that the family wanted to “go out with a bang” and that they “filmed Kim discussing their marriage problems,” but it was never confirmed whether that footage would air. Page Six was also the first to report that the couple’s plan to split after six years of marriage in early January, with a source stating that "divorce is imminent." At the time, the insider claimed that Kim was waiting to confirm the news until a settlement had been reached, but she may have also been hesitant to spoil the show’s finale.

Despite the fact that West rarely appeared on the show throughout the years, fans wondered if the “Famous” rapper would make an appearance on the final season. And though it wasn’t quite what viewers expected, Kanye appeared on the May 27 episode to help Kim put together a gift for Kris Jenner’s 65th birthday. Interestingly, the musician hasn’t had the most positive feelings about the family matriarch in recent years. According to Page Six, Kanye is “sick” of Kim’s famous family — "especially her mother, who looms large in all big decisions she makes.”

Furthermore, Us Weekly reported on Jan. 20 that Kanye is “less than thrilled” at the prospect of seeing their marital problems aired on national television. But after seeing that flashback, it’s obvious that Kim decided to put their marital issues on display anyway. Of course, KUWTK is not the only show that could potentially give fans a window into their lives. The family hasn't shared many details yet, but they signed a massive deal with Hulu in December 2020. And while it remains unclear what exactly that entails, Kim may have hinted that another reality show isn't happening. “We’re done,” she said in a video shared on Jan. 8. “We’re never filming again.”

Details about the partnership and the proposed content have been scarce since the Hulu deal was first announced, but the streaming service noted that the platform’s users love “unscripted series,” with a plan to premiere content in late 2021. The final episode of KUWTK is slated to air around the same time; if their first Hulu project turns out to be a reality series, it could pick up where the E! show left off and provide more insight into the divorce and all of the rumors surrounding it.