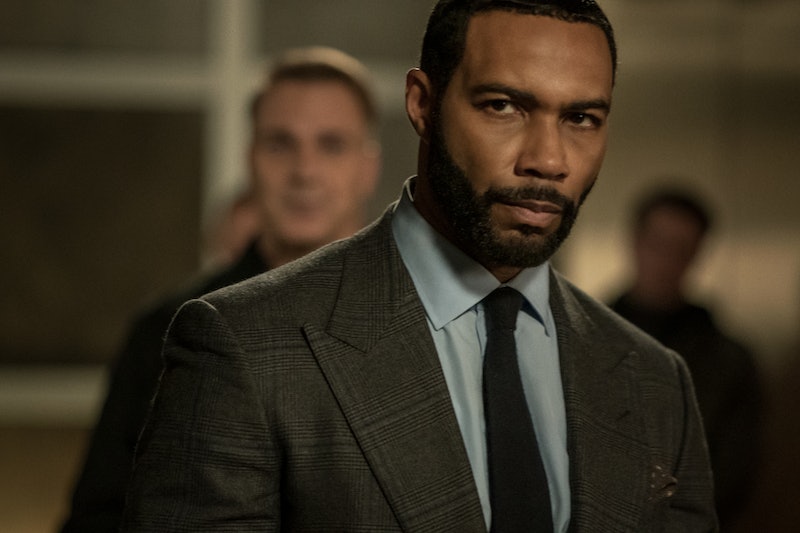 Picking up shortly after the shocking Power series finale, Power Book II: Ghost might feel like a continuation of the original series, but showrunner Courtney Kemp made clear that the Starz spinoff is a completely different show. The main reason: Tariq (Michael Rainey Jr.) murdered his father James “Ghost” St. Patrick in Power's sixth and final season, and so without actor Omari Hardwick in Power Book II: Ghost, there was just too large a void to be filled.

“A lot of people [said], ‘Why don’t you just call this Power Season 7?’" Kemp recently told Entertainment Weekly. "It's not Power; it's really about Ghost's absence and about how his shadow looms over everyone — especially his son."

She elaborated to TVLine that Ghost's "story was done," though she also gave fans hope there's still a chance viewers haven't necessarily seen the last of him. "I can’t say we'll never see that character again, but in the way that we were telling his story, where we were with him in and out every day? That was over."

Now that Tasha (Naturi Naughton) is facing charges for the murder her son committed, there's always a chance Ghost could appear via flashback or as, well, a ghost, in Power Book II. There have also been rumors that one of Power's four planned spinoffs could be a prequel focusing on Ghost and Tommy Egan's (Joseph Sikora) teen years. "I can't say never but I don't know what you learn about them," Kemp said during an Instagram Live fan Q&A, per the UK's Daily Express. "But I could be wrong! I can't say no. I used to say no to that question all the time."

In an earlier EW interview, Kemp explained that she's modeling future Power installments after the Marvel Cinematic Universe. "There’s crossovers and some of your favorite characters will come back, even if they don't get their own spin-off, they will show up in places," she told the magazine. "We're trying to really do it for the fans, to give the most of what they want.”

Whether or not that will include Hardwick remains to be seen, but Ghost's presence will be very much felt in Power Book II regardless.

More like this
The OG Power Rangers Are Returning For A Spandex-Clad Special
By El Hunt
'The Crown' Season 6 Has Suspended Filming "Out Of Respect" For The Queen's Death
By Bustle Staff
Ozzie’s Coming Out Scene With Kitty On 'That ’90s Show' Has Twitter Sobbing
By Brad Witter
Wait, Is Barney Stinson Related To Sophie On 'HIMYF'?
By Gretchen Smail
Get Even More From Bustle — Sign Up For The Newsletter