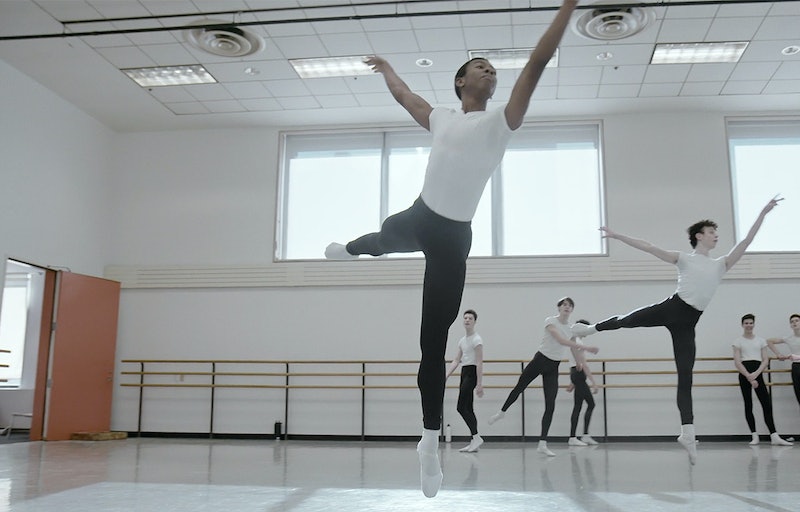 If you've always wondered what it was like to be a child competing in the high-pressure world of ballet at one of the top dance schools, then the Disney+ series On Pointe is for you. The six-episode docuseries follows a number of young dancers at New York's prestigious School of American Ballet (SAB) as they go through rigorous training, auditions for New York City Ballet's production of The Nutcracker, and work to become professional ballet dancers. The series gives an unprecedented look behind the scenes at SAB, but will On Pointe return for season 2?

There have been no announcements regarding any future seasons of On Pointe, but the show certainly has the feeling of a limited series. Disney describes it as "a six-part docuseries that captures a season in the School of American Ballet (SAB) in New York City," which sounds finite and decidedly unlike the start of a new ongoing series. The series director and producer, Larissa Bills, also used language implying that On Pointe is a one-time event in an interview with ballet-centric Pointe magazine, as it took years of negotiations and careful planning just to get the six episodes produced. "My executive producer, Matt O'Neill, had fostered a relationship with the school over several years, hoping to develop a feature documentary or series, but the timing was never quite right," Bills told the publication. "Sometime in late 2018, SAB reached out to us and asked if there was still interest ... I think SAB liked that we would have a small footprint — we'd be a really small crew that would be able to float in and not disrupt their work." Later in the interview, Bills described the series as a "unique experience" rather than the start of something that was meant to continue. "SAB gave us unprecedented access, and, of course, we documented the process of George Balanchine's The Nutcracker from casting to performance," she said. "Just seeing the 'machine' of a big professional production like that was amazing, and I think it will be a unique experience for viewers."

All of this is just speculation, as there remains no official word on On Pointe's potential future as an ongoing series. There is still a chance that the series becomes a big hit for Disney+ and the streamer enlists Bills to produce additional seasons. If that does happen, there's no telling what a second season could look like, as the show could presumably go in many different directions. The next season could continue to follow the same students to show how they've progressed. It could be set at another school, maybe in another country. Or it could even document the toll that the coronavirus pandemic has taken on ballet.

Whether or not On Pointe returns for Season 2 or is limited to just one enlightening production, the show will remain a must-watch for dance fans and those curious about the high-stakes world of professional ballet.

More like this
Andrew Gray Returned To 'Bling Empire' In Season 3 To Make Amends
By Brad Witter
Devon Diep From 'Bling Empire' Wrote A Song About Her “Second Chance At Love”
By Grace Wehniainen
The 'Love Is Blind' Season 3 Teaser & Release Date Are Here & The Cast Is "All In"
By Kadin Burnett, Grace Wehniainen and Gabrielle Bondi
Kourtney Kardashian Says She “Loves” The Changes To Her Body Caused By IVF
By Jake Viswanath
Get Even More From Bustle — Sign Up For The Newsletter