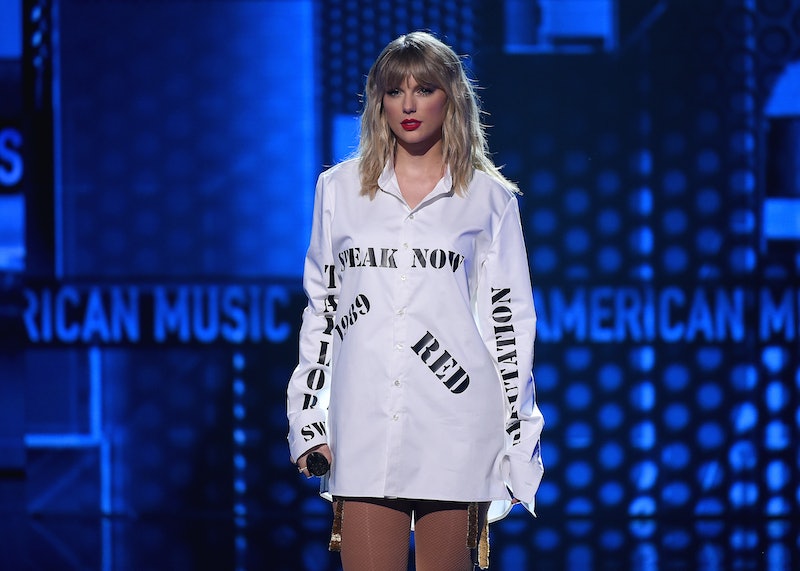 Stop everything. Taylor Swift has announced she's releasing a new album, Folklore, at 12 a.m. on Friday July 24. Generally when an artist releases a new album, the next port of call is a promotional tour. So will Taylor Swift tour in 2021?

I reached out to her management and I'll let you know what they say but, as of right now, it's looking unlikely. This is owing to the uncertainty surrounding the coronavirus crisis, which has seen countless live events and tours have be postponed. Swift's Lover tour was cancelled on April 17 and she was also due to headline Glastonbury 2020, which was one of the highest-profile cancellations of the year.

Despite the improbability of a tour anytime soon, a surprise new album from Tennessee's finest is just the lift that music lovers across the globe deserve. Swift said in a post on her Instagram that she's poured all of her "whims, dreams, fears, and musings into" the album, which she's written and recorded while in isolation.

The You Need To Calm Down singer also revealed some collaboration tracks on the album that are sure to be incredible. She's name checked her long-term collaborative partner Jack Atonoff as well as Bon Iver (which is a sure fired indication that this album is going to bring the tears).

Swift also said that she'd be premiering the video for the first single off the new album, Cardigan, which she wrote and directed herself. It was however, shot by professionals and Swift asserted that, "the entire shoot was overseen by a medical inspector, everyone wore masks, stayed away from each other." Adding, "and I even did my own hair, makeup, and styling."

Referring to the difficult times we live in she says, "My gut is telling me that if you make something you love, you should just put it out into the world. That’s the side of uncertainty I can get on board with."

You can preorder Folklore here.