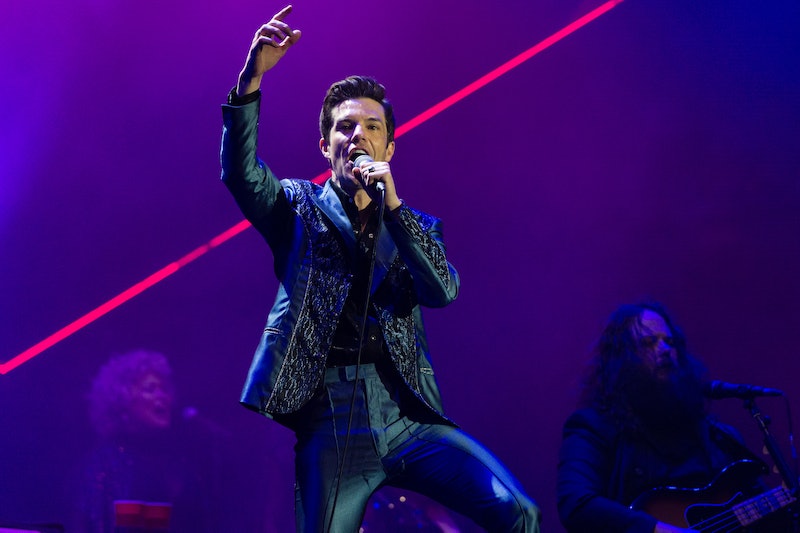 U.S. rock band The Killers were the belle of the ball at last year’s Glastonbury Festival, and have since stormed back up the charts with their sixth studio album Imploding the Mirage. With all this buzz surrounding the “Mr. Brightside” singers, fans might now be wondering when they’ll next get a chance to see the legendary rockers live in the flesh. But will The Killers tour the UK in 2020?

Unfortunately, the U.S. hitmakers aren’t expected to tour the UK this year. However, according to the band’s official website, The Killers are scheduled to perform across the country in 2021 — starting with a performance at the Keepmoat Stadium in Doncaster on Tuesday, May 25. The chart-topping group will then stop by in various other UK locations such as Norwhich, Middlesbrough, London, and more, throughout May and June next year. Tickets for all upcoming UK tour dates are available to purchase now.

As mentioned previously, The Killers recently dropped their sixth studio album Imploding the Mirage, which shot straight to the top of the Official UK Album Chart back in August — an achievement which extended their record of being the only international band in history to earn six consecutive Number 1 albums since their debut.

In a conversation with NME, Killers frontman Brandon Flowers discussed what had inspired their latest record, which followed 2017’s Wonderful Wonderful. Speaking to the publication, Flowers revealed how venturing back to his hometown of Nephi, Utah, managed to reignite his love for all things music. “I wasn’t getting disenchanted with music, but it was becoming my job and something that I just did,” Flowers divulged. “I hadn’t forgotten, but I did need to be reminded of the power that it used to hold over me. It was magic, y’know?”

Reflecting on life in his hometown, Flowers compared living in Nephi to “being quarantined,” and added that being back amongst “the smell and sights of Utah” led to a kind of musical awakening for the “Human” singer — the results of which can be enjoyed throughout Imploding the Mirage.

Tickets for The Killers 2021 UK tour are available to purchase now.

More like this
What Is Shakira’s Net Worth? These Figures Definitely Don’t Lie
By Maxine Harrison
Michael Bublé Fans Are Raging After They Missed His Gig Due To Traffic Jams
By El Hunt
George Ezra’s “Green Green Grass” Was Inspired By A Special Christmas Memory
By Frances Stewart
Robbie Williams’ Fortune Has Some Pretty Surprising Origins
By Rachel Mantock
Get The Very Best Of Bustle/UK

This article was originally published on July 11, 2019