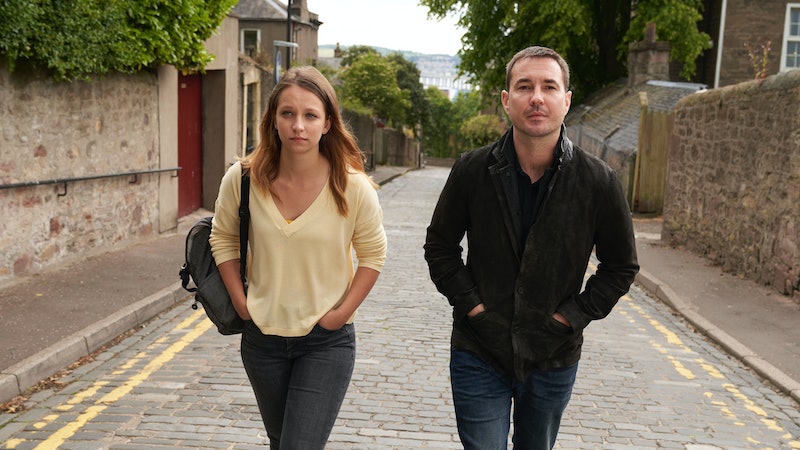 When it comes to brooding drama, the BBC has delivered with the recent suspense-filled crime thriller Traces. The show tells the story of a lab technician working on a case that develops into a drama a little too close to home. The series has been on two nights a week since the start of January, with the finale on Jan. 19. So, will Traces return for season two?

Traces is now available on BBC iPlayer, if you've missed any episodes or want to watch from the beginning. However, the show is owned by UKTV’s Alibi channel, and was actually first on screens in 2019. Alibi has announced that it will be bringing Traces back for season two, although there’s no confirmed release date. Reports suggest the second season will premiere later in 2021, and will be six episodes long. As season one has only just aired on the BBC, it’s unclear whether they will pick season two up straight away. So, while Traces season two is confirmed, it may not be released on the BBC.

Speaking about season two of Traces, UKTV drama commissioner Philippa Collie Cousins said, “I am passionate about delivering the best of crime drama series to Alibi and ensuring they become much loved returners, resonating with UK and global audiences. Traces is ramping up with its hallmark forensic focus, nuanced characters and explosive surprises, it promises to be thought provoking and entertaining.”

Traces has already proven to be super popular, and viewers will look forward to seeing where the storyline takes Emma Hedges (played by Molly Windsor) next. The first series followed Windsor’s character as she moved to Dundee to work in a lab at the Scottish Institute of Forensic Science. Before her move, there is a fire and two people go missing. It’s up to Hedges and her team to establish what happened. However, it soon becomes clear that she may have more ties to the case than she initially anticipated, and the story delves into secrets from her past as she tries to find out what’s happened.

“We had a day speaking to a crime-scene investigator, and then to forensic scientists, and it's just fascinating because that's a part of society we don't get to see," Windsor said, describing the research and preparation that went into making the series. "Information like that is largely confidential. It's the unknown you want to know more about."

The last episode of Traces airs on BBC One on Jan. 19 at 9 p.m, and you can watch the whole series on BBC iPlayer now.