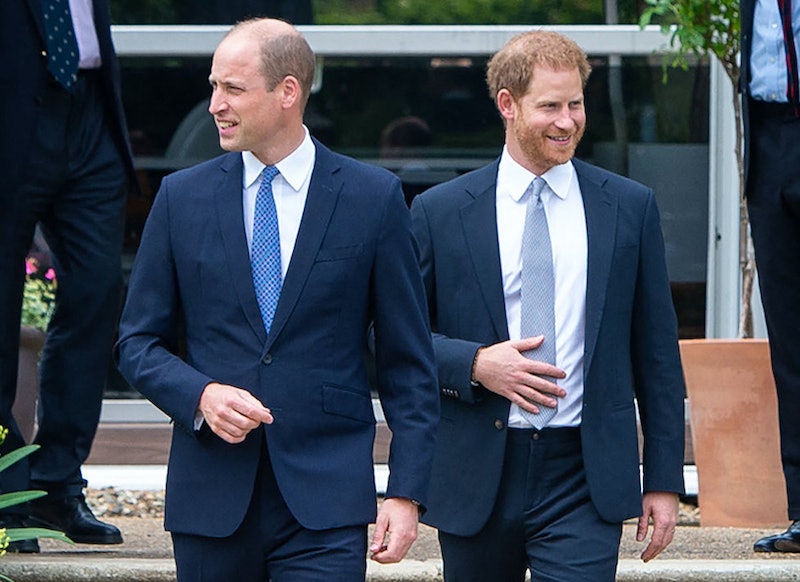 No matter where she was in the world, Queen Elizabeth II never missed her delicious afternoon teas, according to former royal chef Darren McGrady. Tea time wasn’t a tradition she usually shared with her grandsons Prince William and Prince Harry, who were away at the UK’s Ludgrove boarding school for the better part of the eleven years McGrady served the Queen, however. Instead, the boys usually had to have their own tea in the nursery.

“It would only be at Easter or Christmas or the summer at Balmoral that they’d get to spend time with the rest of the Royal family at afternoon tea,” he explained to the UK’s Coffee Friend blog, ahead of the Queen’s Platinum Jubilee celebration.

“A lot of the time we would actually send nursery tea separately, so the boys wouldn’t have tea with the Royal family,” McGrady added. “We’d do caramel banana cake, lots of sugar, it used to drive nanny crazy, and jam tarts – traditional, authentic, British nursery food.” He even shared the recipe for William and Harry’s childhood favorite caramel banana cake, noting that the former also “loved chocolate biscuit cake,” which the queen would request be served if her elder grandson was ever joining her for afternoon tea.

After spending 11 years cooking for the queen, McGrady began working as the personal chef to Princess Diana, William, and Harry at Kensington Palace from 1993 to 1997. There, Diana “never had an afternoon tea ritual,” as she actually “drank coffee for the most part.” Meanwhile, her young boys were also “never allowed to summon the chef to make something in the middle of the night.”

That aligned with Kensington Palace’s “much, much different and more relaxed” atmosphere that the Eating Royally; Recipes and Remembrances from a Palace Kitchen author described in a separate March interview on Coffee Friend’s blog. “It was less formal, it was family style, all the food was placed on the sideboard for the Princess and the boys to help themselves,” recalled the chef, who’s also noted that burgers and pizza were among the princes’ favorite foods.

In fact, the young royals once even tried to trick McGrady into making them pizza instead of roasted chicken and “lots of green vegetables,” as their nanny had requested. “Well I think William or Harry must have looked at the menu and thought ‘hmm we don’t want that,’” he said, recalling a time when he’d arrived at work and found a note that their nanny, Jess, had supposedly written, asking him to give the boys pizza for dinner instead of chicken. “I looked at it and thought ‘Why is this in the writing of a five-year-old?’ and then I realized who had written it.” (McGrady ended up serving roasted chicken anyway, joking that he was “scared of the nanny.”)

On the whole, Princess Diana strived to provide her sons with as normal a childhood as she could anyway. “She prepared us well for life in the best way she could, not obviously knowing what was going to happen,” William said in 2017’s Diana, Our Mother: Her Life and Legacy, per Harper's Bazaar. Harry, for his part, remembered their late mother “taking us for a burger every now and then or sneaking us into the cinema, or driving through the country lanes with the roof down on her old-school BMW listening to Enya,” adding that it was all “part of her being a mum.”

More like this
Lilibet & Prince Charles’ First Meeting Was Emotional, According To Reports
By El Hunt
An 'Emily In Paris' Fave Is Joining Season 5 Of 'The Crown'
By Bustle Editors
This TikTok Hard Seltzer Hack Involves A Milk Frother
By Alexis Morillo
Taco Bell Announced A Crunchwrap & Tostada Made With Cheez-Its
By Emma Garza
Get Even More From Bustle — Sign Up For The Newsletter