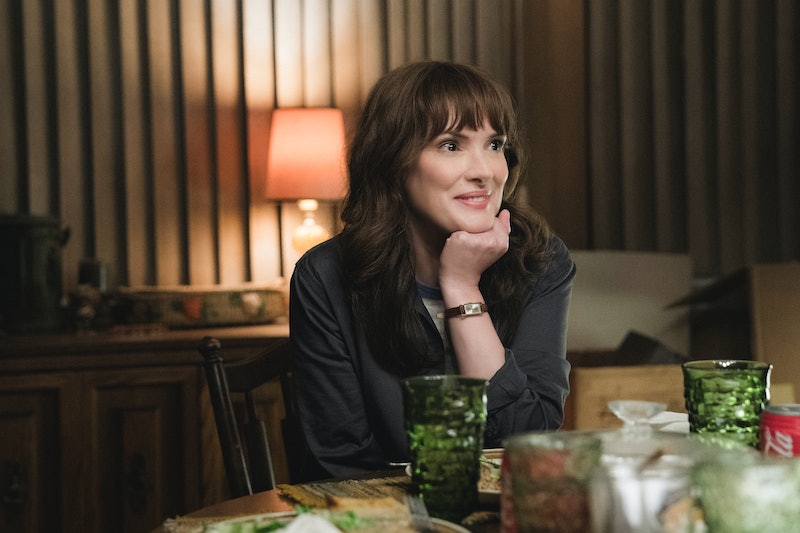 Winona Ryder, the queen of the ‘80s, apparently played an even bigger role on set of Stranger Things than originally thought. As one of the biggest stars on the show, which airs part two of Season 4 on Friday July 1, she was forthcoming about her thoughts about the period details of the hit Netflix show as well as her character’s arc, and has even taken it upon herself to be a mentor to the young kids experiencing stardom for the first time.

The show, which follows a group of kids in 1980s America as they uncover the secrets of their small town, has been a smash hit for the streaming service and successfully played on nostalgic undertones for that era in American history. But it seems like a lot of it wouldn’t have been possible without Ryder’s input. Despite growing up on a commune in Northern California where TVs weren’t allowed, her knowledge of pop culture is “sprawling,” according to a Harper’s Bazaar profile on the actress.

David Harbour, who plays Ryder’s co-star on the show, told Harper’s Bazaar about how instrumental she was in some of the ‘80s framework — unafraid to correct the show’s filmmaking duo The Duffer Brothers when she spotted inconsistencies. “She’d tell them, ‘This song actually came out in ’85, and you have it in ’83.’ She knew all of these minute, tiny details they didn’t even know, and they had to change things in the script based on that,” Harbour said.

The Duffer Brothers also credit Ryder with making her character more than just a one-note mom. “We originally just thought of Joyce as this strong, devoted, worried mother,” Ross Duffer explained. “But then suddenly Winona brings an entirely new flavor to it, and we just thought about how much fun we could have with her, getting involved in the supernatural.” Ryder’s comedic timing also influenced the way that the Duffer Brothers wrote her character.

But more than being an on-set fact checker and a sounding board for character building, her greatest role is perhaps that of a mentor to the young cast at the center of the show whose lives have irrevocably changed in the years since the show first aired. Ryder endured a great deal of tabloid fodder in the early years of her career — first as a wunderkind actress that “captured the troubled-but-hopeful vibe of the child of the ’70s,” then as part of a high-profile relationship with actor Johnny Depp, and lastly in a fall from grace after she was caught shoplifting from Saks Fifth Avenue in New York.

Knowing what she knows about that attention, she has made a point to provide support to her young co-stars. “I want the kids to understand, this does not happen,” she said about the extreme attention that comes with being on a show as popular as Stranger Things. “This is really unusual. And I’m always telling them, ‘The work is the reward!’ Because when I was that age, it was so hard to enjoy the fruits of my labor.”

The Duffer Brothers echoed the sentiment, stating that her guidance is intangible because so few people can actually relate to their experiences in the public eye. “She’s talked to the kids about what celebrity is like and how the press can be and the anxiety and confusion that comes along with celebrity,” said Ross Duffer in the Harper’s Bazaar profile. “I think she’s really helped them. I know she’s specifically helped Millie [Bobby Brown, who plays Eleven on the show] a lot to work through that. And that’s something that no one else can help with, really, because so few people have experienced it. It’s not something I understand. It’s not something that, you know, even a parent would understand.”