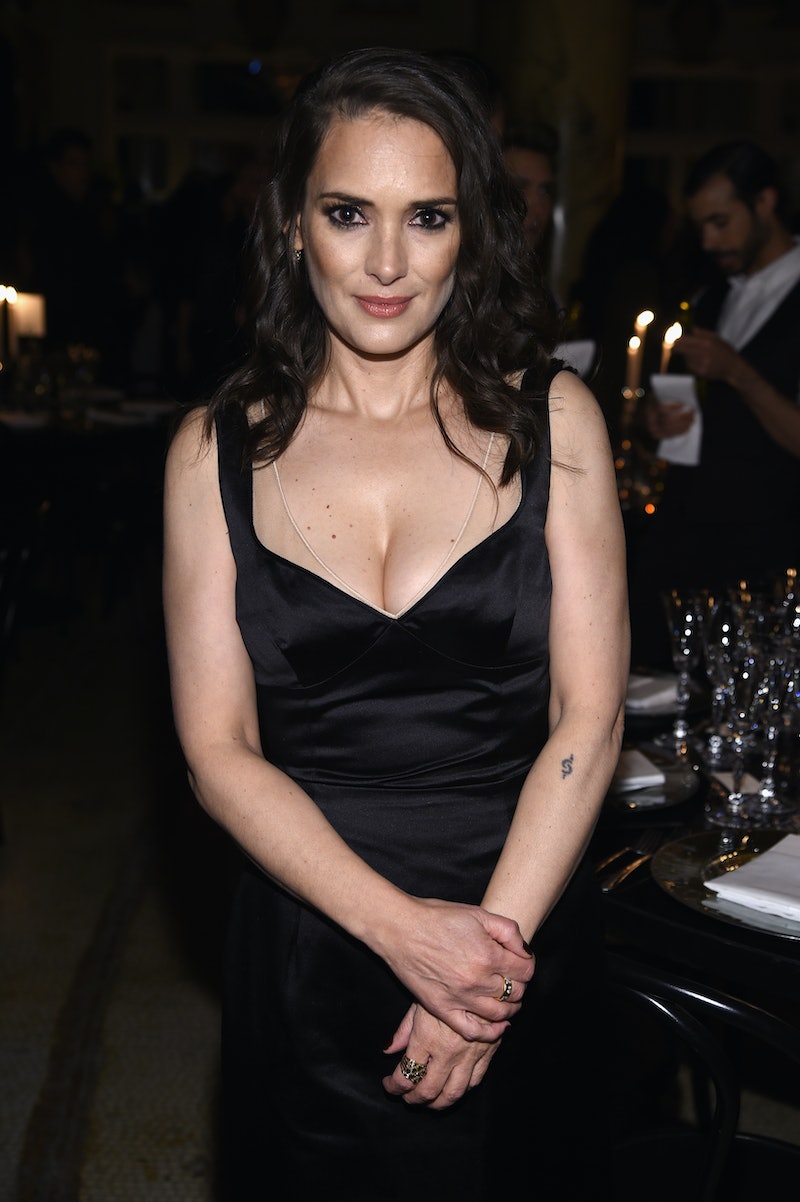 Soon after filing for divorce, Amber Heard was granted a temporary restraining order against ex Johnny Depp, alleging domestic abuse. Depp denied the claims through his lawyer, Laura Wasser, who told People, "Amber is attempting to secure a premature financial resolution by alleging abuse." Their court case, initially scheduled for June 17, has been postponed until August 2. In the meantime, it seems like everyone has an opinion on the matter — from Heard's friend iO Tillett Wright to Depp's ex-wife Vanessa Paradis. Now another of the Pirates of the Carribbean star's exes is speaking out. Winona Ryder weighed in on the allegations against Depp in an interview with TIME and shared her experience dating the actor. Ryder said,

"I can only speak from my own experience, which was wildly different than what is being said. I mean, he was never, never that way towards me. Never abusive at all towards me. I only know him as a really good, loving, caring guy who is very, very protective of the people that he loves. It’s hard because I feel like — that’s my experience. And it’s been a very long time."

In her comments, Ryder did make an important clarification multiple times: "I can only speak from my own experience." While she can speak of Depp's character during their time together — the pair met on the Edward Scissorhands set and broke up in 1992 after a 3-year engagement — that does not mean she can know what goes on during his relationships with anyone else. Unlike others who have implied that Heard is a liar or claimed she was just after the actor's money, Ryder steers clear of making any allegations herself.

"I wasn’t there. I don’t know what happened. I’m not calling anyone a liar. I’m just saying, it’s difficult and upsetting for me to wrap my head around it. Look, it was a long time ago, but we were together for four years, and it was a big relationship for me. And we have a lot of mutual friends. I just never heard anything like that about him."

Through the way the quote is worded, it seems that Ryder may have struggled with answering the question and that's totally understandable. She's right, in that she can only speak to her experience with Depp and no one else's. While it's only natural to ask Depp's current and past loved ones about his character considering the allegations, no one really knows what happened between Depp and Heard, other than the couple themselves.

In mid-June, Heard withdrew her request for spousal support, explaining in a court document obtained by People that the request was "used against me to distract and divert the public away from the very serious real issue of domestic violence."

Before the abuse allegations surfaced, Depp's lawyer released the following statement about their divorce and rumors surrounding it: