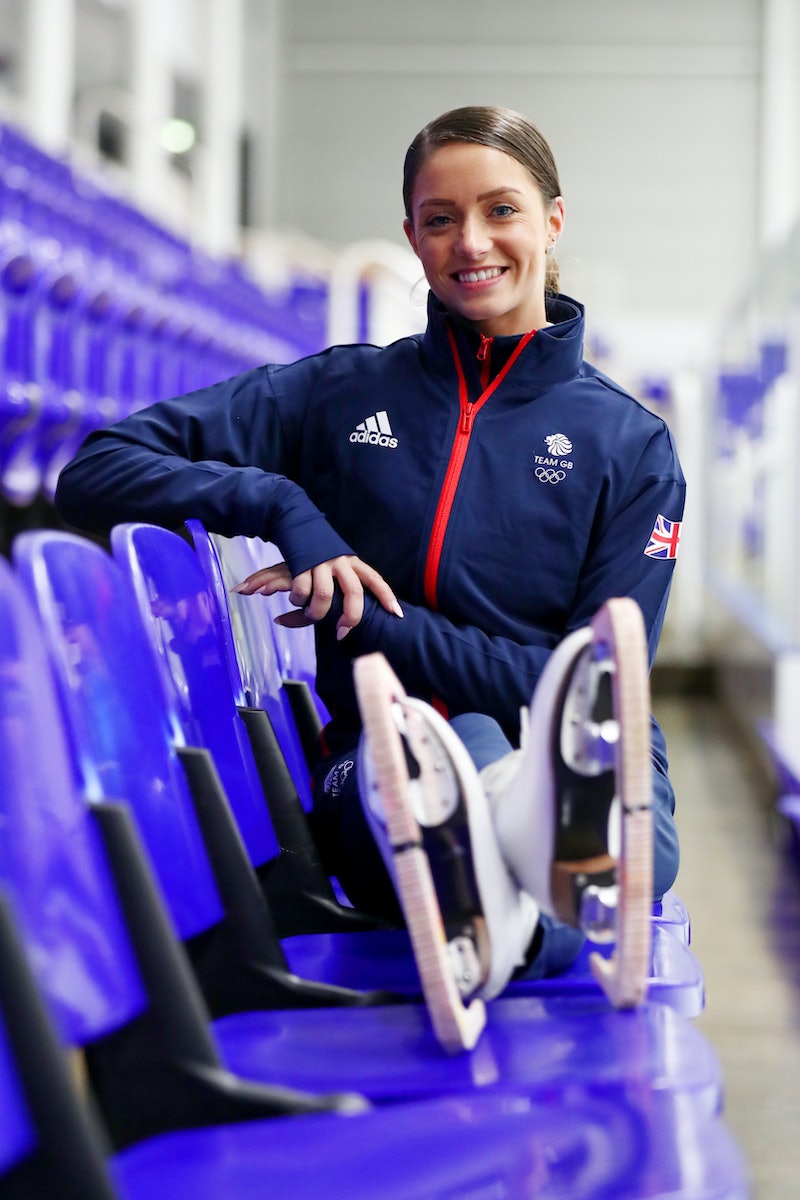 Figure skating is one of the most anticipated events at this year’s Beijing Winter Olympics (largely thanks to the popularity of Dancing On Ice here in the UK) and Team GB hopeful, Natasha McKay, is a five-time British skating champion ready to make a dazzling impression on the ice with her Olympic debut.

With the support of ice-dancing teammates, British figure skating champions Lilah Fear and Lewis Gibson, the talented Scottish athlete will compete in two women’s singles events at the Winter Olympics this February, and fans can expect a trick-heavy routine to the Ocean’s 8 soundtrack.

“It has always been a dream of mine and I am so excited that it is now becoming a reality,” she said, upon the Team GB announcement, adding that she’ll “keep working as hard as I can.” As the athlete officially touches down in Beijing and gets acquainted with the Olympic ice rink, here’s what we know about Natasha McKay.

From Dundee, Scotland, the figure skater first took to the ice at the age of seven after urging her mum to help her get into the sport. As McKay told BBC in 2018, “I went to my friend's birthday party when I was six and I begged my mum for skates for a whole year after that until she gave in."

Back in 2018, McKay also talked about the commitment it’s taken to become a figure skater and has shared her tireless journey to the Olympic stage, including her 5 a.m training schedule.

“When you're a teenager, you can't go out with your friends much. You've got to be in your bed early for training. You can't have as much as a normal teenage life,” she shared, per BBC, also revealing that she worked two jobs, in retail and as a figure skate coach, to support her sporting goals.

The figure skater’s hard work has evidently paid off, as the 27-year-old currently has five British champion skating titles, and gained her best ever result at the European Figure Skating Championships in 2021.

Mckay, now 27, has spoken about her impressive accolades, however, admits they almost never happened. “To win five British Championships, I would never have expected to be able to do that,” said the Scottish athlete to the Evening Telegraph in December 2021.

She added: “In fact, I almost quit the sport the year before I won my first so it very nearly never happened.” Having narrowly missed out on qualifying for Olympic Games in 2018, the upcoming competition is McKay’s first Winter Olympic Games — a feat she has described as a “dream come true.”

It’s safe to say 2021 was a great year for Natasha McKay, as the figure skater both announced her Olympic bid and the fact that she was now engaged to 28-year-old surveyor, Ross Johnson.

McKay revealed her engagement as well as her impressive ring on Instagram, writing a simple tribute to her “forever” in October 2021. The skater’s fiancé also shared his pride for his Olympian wife-to-be, writing on his Insta page: “Busy last couple of months… Got engaged then she got 5 more rings! So incredibly proud of everything you’ve achieved @natashamckay_ ❤️ Becoming an Olympian is something most people can only dream of! Added to that she’s now 5 times British Champion.”

The Team GB Olympic behind-the-scenes photos have already begun to trickle in on McKay’s Instagram page. You can also find videos and snaps of McKay’s epic skating stunts, which more than prove her Olympic credentials. Instagram is also a page for McKay’s family photos, and the Scottish athlete shares sweet pictures of family members, and of course, her fiancé.

Elsewhere, the skater also has a Twitter page but tends to remain low-key on the platform.