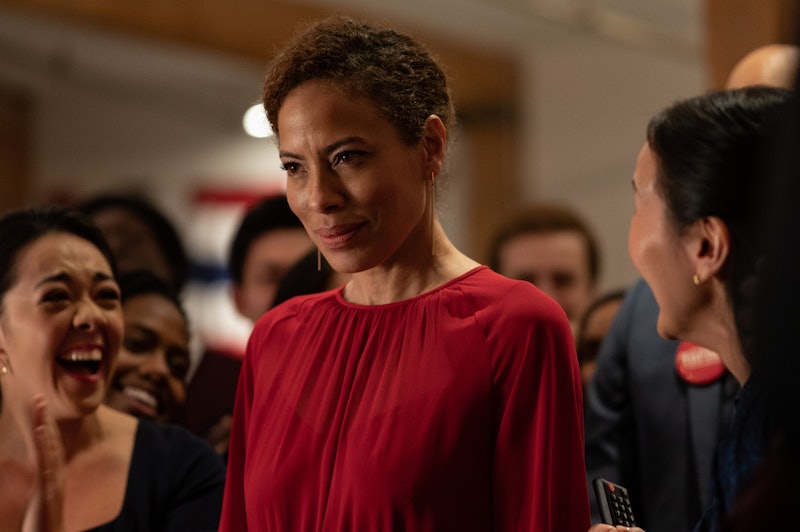 Yellowjackets’ Season 1 finale answered some of the show’s most pressing questions, but it also ended with several cliffhangers. Like, what’s the deal with Taissa’s creepy basement shrine? Are the woods haunted? And what on earth is going on with Lottie?!

“We’re extremely meticulous and deliberate in the way we’re creating the architecture of the story,” co-showrunner Jonathan Lisco told Variety, adding that they knew the questions they wanted to answer by the end of the season and which ones they didn’t. Despite the fact that the show opens on a scene of the Yellowjackets devouring one of their fellow teammates, for example, the writers didn’t want to immediately flip to cannibalism. “We’re not trying to hide the ball or anything — but it’s a slow burn. You’ve got an organic interest in these characters: Because young women wouldn’t just suddenly eat each other. I mean, there’s got to be an unpacking and a deterioration and a devolution of their psyches to the point where they actually get there,” Lisco explained.

Nonetheless, fans have already come up with numerous theories about Yellowjackets Season 2. Here are the most compelling ones so far.

Courtney Eaton, who plays young Lottie, told Bustle in a recent interview that the writers knew her character would end up as a “crazy cult leader.” What’s not yet clear is if Lottie’s visions are a symptom of her schizophrenia, genuinely real premonitions, or if she’s possibly a vessel for a darker force in the woods. In the final scene of the season, she speaks French despite being terrible at it — saying something to the effect of “spill blood, friends” — and the bear she kills earlier in the episode seems to bow down to her. Is it possible the woods, or at least something in them, are somehow possessing her?

Up until the finale, many fans believed that Jackie either secretly lived into adulthood or was some kind of time traveler. This theory was based on Jackie’s diary, which contains references to movies that came out years after the 1996 plane crash. But now that we know Jackie is dead, the only other possible explanation is that a guilt-ridden Shauna wrote the diaries to keep Jackie’s spirit alive. We know Shauna loves to keep journals, and her trauma has been manifesting in different ways.

The series’ creators hinted as much to Vulture. “We felt like we could potentially dramatize [Shauna’s] initial experience of that survivor’s guilt, and we thought there was something really compelling about this ritual of having to go to Jackie’s parents’ house every year and be this surrogate daughter figure to them, while having this intense feeling of complicity in Jackie’s death,” co-creator Ashley Lyle said. “What would that be like for her? How would she manifest those feelings of guilt?”

Look, no one wants this to be true. But Travis is unable to find Javi after searching all night, and then it gets cold enough to kill Jackie, who slept outside with a blanket and a small fire. The last time we saw Travis’ sweet-natured younger brother, he was wearing only a thin button-up, and he doesn’t seem particularly proficient at surviving on his own.

On top of that, it seems ominous that shortly after carving a bear for Shauna, Javi disappeared and an actual bear appeared for Lottie to kill. One Reddit user suggested that the two incidents are connected, and “Lottie paid for the bear somehow” after Travis was rescued from the ritual. It doesn’t yet seem like Lottie is someone who’s capable of killing someone, but she was also at her most unpredictable during the homecoming dance.

There are a lot of theories floating around about what the mysterious Yellowjackets symbol means. Some believe it’s meant to be a woman hanging upside down from a hook, mirroring the way the team sacrificed a girl in the pilot episode. Some think it has to do with alchemy or sigils, while others think it’s “hobo code” left by someone else to warn people about the dangers in the area. One Reddit user even theorized it’s just a trigonometry problem that’s telling them how to escape, but the girls will likely never figure it out because, as Laura Lee eulogized, one of girls who died in the crash was the only one who never “confused her secants with the cosecants.”

Taissa is part of Lottie’s cult

Or at the very least, her dirt-eating alter ego is. Taissa is the most pragmatic of the Yellowjackets, but aside from Lottie, she also has the strongest connection to the supernatural — even if she doesn’t want to admit it. It’s unclear how conscious Taissa is of her actions while “sleepwalking,” but her smirk at the end of the show seems to suggest she’s letting her darker side loose, or even converging with “the bad one,” as her son calls it.

It’s also possible that Taissa is already fully aware of the cult. After all, she was the one who hired Jessica to dig into her fellow teammates — a fact she never revealed to them — so she may have been in contact with Lottie too. If that’s the case, all signs point to Taissa knowingly performing that bloody ritual, or at least being OK with letting “the bad one” do it to win the senate race.

Adult Van is working behind the scenes

Some Redditors have an interesting theory that an adult Van has been shadowing Taissa, and the altar in the basement is actually something she created to help Taissa win. They point out that if you look at Sammy’s photos, not only has he drawn “the bad one,” but there’s a woman with red hair. Is it possible Van is even working with the bad Taissa? (Seriously, how awake is Taissa during these episodes!?) One thing is for sure: More survivors will pop up in future seasons, so a Van reveal is definitely not out of the question.