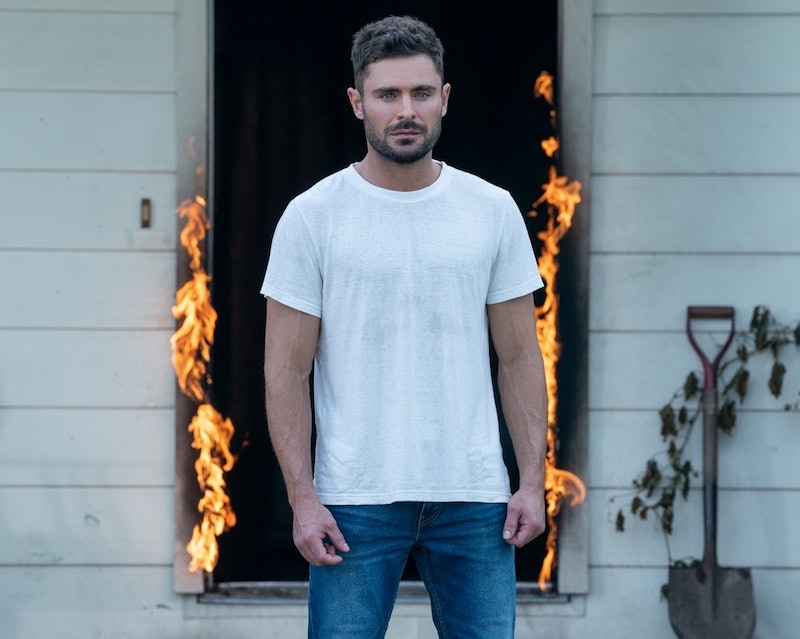 Universal Pictures
By Hugh McIntyre
May 11, 2022

For much of his career, Zac Efron has played young heartthrobs, and millions of millennials have fallen in love with his charm and good looks in films like High School Musical, 17 Again, and The Greatest Showman. Now, after two decades in the spotlight, he’s playing the role of a father in Firestarter, and just like other dads, he is having a hard time keeping up with modern slang. Not only is he portraying a daddy for the first time, he’s just now learning what a “zaddy” even is.

“I’m going to say you are redefining zaddy,” Entertainment Tonight’s Lauren Zima told Efron during an interview about Firestarter, a remake of the 1984 film of the same name. Efron replied, “Wow, cool. Is ‘zaddy’ not Zac Daddy, or what is it?” Zima answered, “Zaddy’s a hot dad. A good-looking dad.” A surprised 34-year-old Efron raised his eyebrows, crossed his arms, and exclaimed, “Is it? Oh wow. All right, I’ll take that one.”

Efron’s Firestarter co-star Ryan Kiera Armstrong, who plays his daughter, joined in the fun by handing him an invisible prize and calling it “a zaddy trophy.” Efron laughed and still seemed rattled by learning what a zaddy is, ending the segment with, “Oh, that’s what that means.”

The 2022 Firestarter follows in the fiery footsteps of the 1984 original, which starred a young Drew Barrymore as the daughter. The original film is an adaptation of the Stephen King novel about a young girl who develops the power of pyrokinesis — the ability to start fires with her mind — and the father who must protect her. The remake of the sci-fi horror classic will premiere simultaneously on Peacock and in theaters on May 13.

Zaddy, a portmanteau, has made its way into modern-day vernacular, and it’s even present in the dictionary, with Dictionary.com defining it as “an attractive man who is also stylish, charming, and self-confident.” Efron isn’t the only star who wasn’t familiar with it. During a 2021 cover story interview with Men’s Health, Christopher Meloni had to ask the interviewer what the word meant, wondering aloud if it was “daddy plus” or “daddy platinum?”

“I just thought it was a cutie thing,” he commented, before it was explained to him that it really refers to someone who is “a distinguished vintage.” At that point, the Law & Order: Organized Crime actor had an a-ha moment, realizing, “It’s reserved for an older gentleman.”