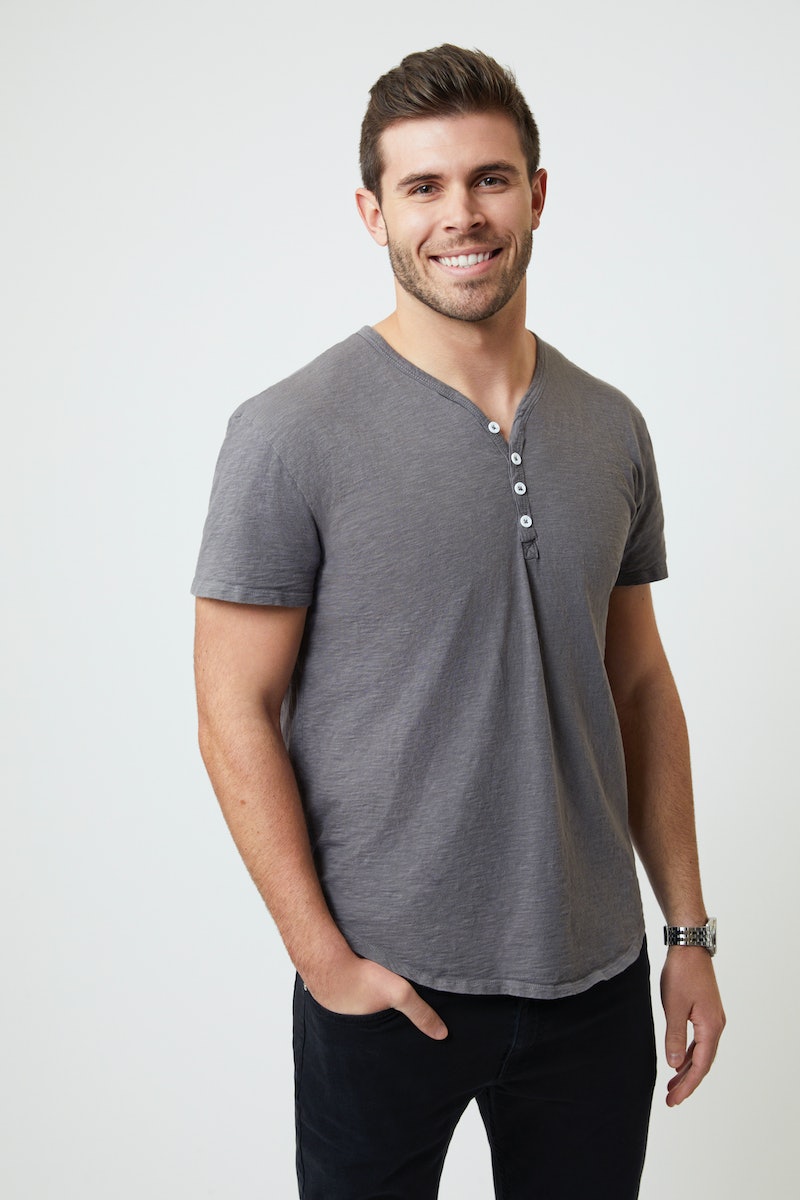 The Bachelorette is back, and this time it’s bringing not one but two bachelorettes to the stage: Rachel Recchia and Gabby Windey, fresh off of Clayton Echard’s chaotic Bachelor season. Among their potential suitors is Zach Shallcross, a 25-year-old from Anaheim, California, whose fun facts include that he doesn’t like breakfast — the eggs “don’t agree with him” — but loves Spider-Man (he even dressed up as the superhero), dogs, and his mom. He also has a secret Soundcloud with some beats that may surprise you.

He’s rumored to get pretty far in the competition, so here’s everything else we know about Zach’s Bachelorette journey so far.

We know every season of the Bachelorette will have at least one tech guy, and this time it’s Zach, whose official ABC bio lists his job as “tech executive.” Per his LinkedIn, he’s a senior cloud technology account executive at Oracle, a database software and technology company based in Austin, Texas. He started at the company in 2019 as a consultant; before that, he worked as a supervisor at the California Mid-State Fair while in school.

Before working in cloud technology, Zach went to college at Cal Poly in San Luis Obispo, where he studied business administration and was involved with the philanthropic club Block P and Bible Study. Football was also a huge part of his life until graduation, and he notes on his LinkedIn that he played for Cal Poly for five years. His football stats page doesn’t mention his senior year but states that Zach played in nine games as a starting right tackle his junior year and missed two final games due to an injury. As a freshman and sophomore, he played in 12 games and six games as a backup. He came to Cal Poly from an all-boys Catholic high school, where he was the team captain.

It looks like Zach rarely uses his Instagram and only has a few recent pictures showing his Oracle colleagues and his family. Perhaps unsurprisingly, most of the photos have to do with his time playing collegiate football and some trips he took with friends to Thailand and Oregon.

Per his football page, Zach grew up in Fullerton, California, and is the son of Chapman and Megan Shallcross. He also has two sisters, Sammy and Payton. He’s shared some pictures of them on his Instagram. His Cal Poly page also notes that Zach “claims to be a descendant of Abraham Lincoln” — do with that information what you will.

It looks like during his college years, Zach mixed and produced some music under the name Verzacky. You can find his beats, which are all a mixture of trap music and dubstep, on Zach’s Soundcloud.

How Does Zach Do In The Bachelorette Season 19?

Potential spoilers ahead. According to blogger Reality Steve, Zach was spotted filming the hometown episode in April. If these rumors are to be believed, Zach is one of Rachel’s final four bachelors.