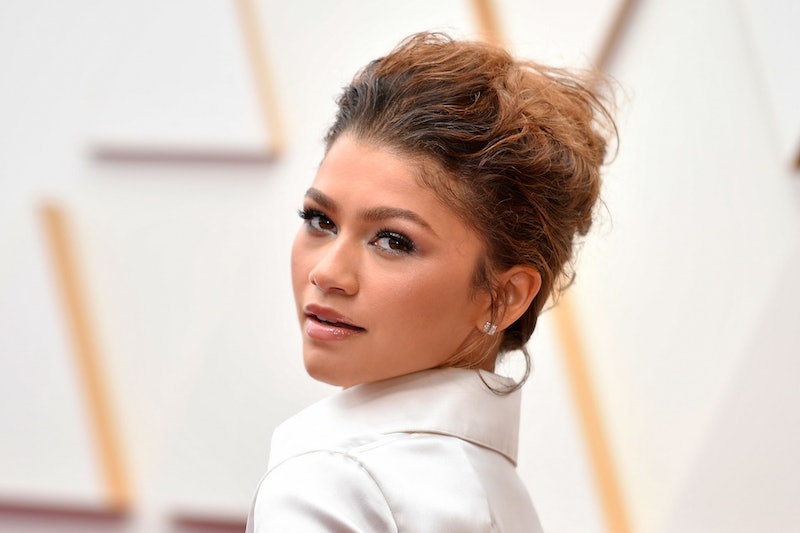 Just one day after Zendaya received her second Emmy nomination for her role as Rue in Euphoria, the 25-year-old actor shared a photo of a bandaged finger to her Instagram story on July 13, citing a cooking accident as the reason for her injury and subsequent stitches. “See now…this is why I don’t cook,” she wrote on the photo of her injured finger. She posted a photo two hours later with the view of a doctor stitching up her cut, while a second pair of hands holds the thread.

In her third IG story photo, Zendaya posed in a blurry selfie with her finger raised up next to her assistant Darnell Appling. “Baby’s first stitches lol back to never cooking again,” her caption read. Appling reposted the picture with four facepalm emojis. The second slide of his story is a selfie with the caption, “Never a dull moment with @zendaya no pun intended.” A secondary tongue-in-cheek caption read, “Dear God, help me keep this little heffa safe cause she clumsy as hell.”

Zendaya posted about her kitchen accident on July 13.
Instagram/Zendaya
1 / 2

It’s not clear what Zendaya was cooking and whether boyfriend Tom Holland was present to assist her during her medical emergency, but he’s been hard at work filming his upcoming Apple TV+ series The Crowded Room in New York City, where the couple was spotted on July 8.

Zendaya may have been attempting a celebratory meal for her historic Emmy nomination as she notably became the youngest nominated female producer and received a second nomination for lead actress on the HBO smash hit. She wrote a heartfelt note about her experience on the show following the nominations: “Making this show with this cast and crew of the most incredibly talented people that I get the privilege of learning from everyday has been a highlight of my life.”