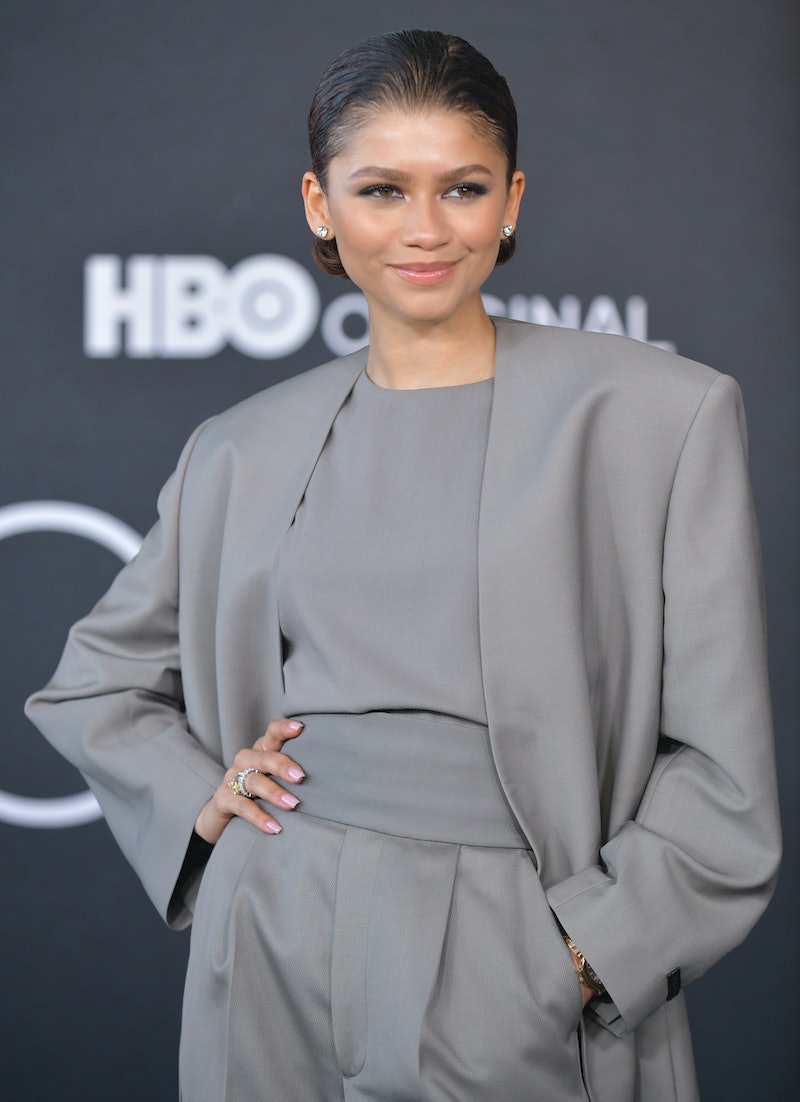 If the Met Gala has to go on without Zendaya, is there any point in having it? That’s the question the Euphoria star’s fans having been posing on Twitter. The 2022 event will mark the third year in a row that young fashion icon has missed out, and to say people are disappointed is an understatement.

Zendaya shared her update at an HBO FYC Emmy event on Thursday, April 21. “I’m not [attending]. I’m working,” she told Access when asked about next month’s Met Gala. “But maybe next time.”

Speaking to Extra, she acknowledged that people will miss her. “I hate to disappoint my fans here, but I will be working,” she said. “Your girl’s got to work and make some movies. … I’ll be back, though, eventually.”

Even though she has a legitimate excuse to skip, her fans wish they could see her come up with another stunning Met Gala look. One summed up their feelings on the situation with a solid analogy: “zendaya not attending the met gala is like getting told your favourite cousin won’t be at the family gathering,” they wrote. Others were just trying to cope, and that meant anything from “going dark” to deciding not to watch.

Some saw rescheduling the annual fashion event as the only solution, and some fans called for it to be canceled entirely. One suggested that Zendaya show off what she would have worn, had she been able to attend.

Rihanna is expected to miss the event, too, so there were multiple Twitter users who felt it was just too much.

Zendaya’s absence is rough on fans, sure, but it sounds like it’s a sacrifice for Zendaya as well. The actor fondly looked back at photos from her first Met Gala with Access and recalled being 18 and “very nervous” to attend. “I didn’t know what to expect, but it went well and I made it,” she said. She also recalled her most recent dress, 2019’s “mechanical” princess gown that got surprisingly hot — to the point she started thinking she should take it off before “it just combusts.”

Instead of attending, the actor will “be playing tennis,” as she mentioned to Extra, which is part of her role in the upcoming romantic drama film Challengers. The movie “centers on the competitive world of pro tennis,” according to its synopsis, and she’ll play Tashi, a former player who coaches her husband, Art (Mike Faist). Filming is due to begin on May 5 in New England, and MassLive reports that a Boston-based casting agency and acting studio has been hunting for a Zendaya stand-in and extras.

The Met Gala will be held on May 2, and the theme this year is “In America: An Anthology of Fashion.” Though Zendaya likely would have been a highlight, her fans can at least look forward to seeing her in her upcoming projects instead.

More like this
What Is Barack Obama’s Net Worth? He Makes *Way* More Now As An Ex-President
By Hugh McIntyre
What Is Mandy Moore’s Net Worth?
By Hugh McIntyre
Selena Gomez’s ‘SNL’ Hosting Debut Had Twitter Gushing Over ‘Barney’ & Wigs
By Stephanie Topacio Long
Selena Gomez Joked About Her Relationship Status In Her ‘SNL’ Monologue
By Grace Wehniainen
Get Even More From Bustle — Sign Up For The Newsletter