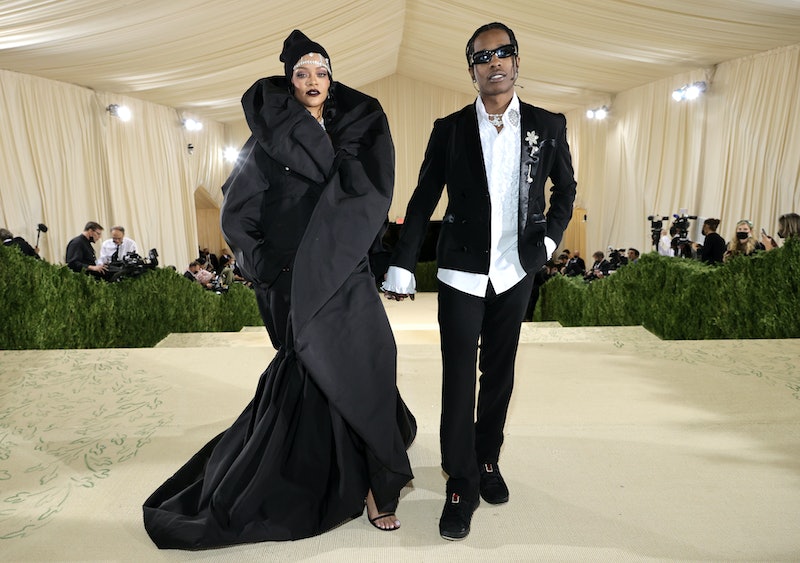 This year, the world has been gifted not one, but two Met Galas. What did we do to deserve such luck?!

Because the opening schedule had been modified due to the pandemic, the MET decided to open the exhibit in two parts. The upcoming event will mark the first time this has ever happened.

The first of these twin parties brought us Kim Kardashian’s meme-worthy look, Kendall Jenner’s naked dress, and an absolutely stunning Rihanna wearing a beanie and diamonds. The second installation is coming — and swiftly — with a full-blown party to rival the first.

Since this is the first time the Met Gala has ever been hosted twice, I think we all have several questions. Who will be hosting? When will it be held? How you can tune in (if you’re not standing among the crowds at the foot of the Met steps, that is)?

For all that and more need-to-know info, read on. Here is every detail about fashion’s night out, the 2022 Met Gala.

What is this year’s Met Gala theme?

This year’s Met Gala theme is In America: A Lexicon of Fashion. More than 100 looks are currently on display for public viewing. A press release from the museum says the collection is “from this formative period [of the 19th to mid-late 20th century] that reveal unfinished stories about American fashion.” On March 21, more than half of the pieces will be rotated out, to be replaced by new looks and not-yet-featured designers.

Though part one will remain on display for the duration, part two will be added on the first Monday in May, similarly titled In America: An Anthology of Fashion. According to the museum, it will “present sartorial narratives that relate to the complex and layered histories of [the American Wing],” which is where it will be staged.

Though the Gala will celebrate American style, the New York Times’ fashion director Vanessa Friedman reports that the party’s theme will be much more narrow. Friedman revealed on Twitter that the 2022 Met Gala will be “Gilded Glamour.”

Who are the Met Gala co-chairs?

Vogue has announced that Regina King, Blake Lively and Ryan Reynolds, and Lin-Manuel Miranda will be the co-chairs of the upcoming event. In addition to the foursome, Tom Ford, Adam Mosseri, and Anna Wintour will, again, be honorary co-chairs. King, Lively, Reynolds, and Miranda have all been great supporters of the event for years so it’s high time that these particular style lovers take charge.

As is tradition, the Met Gala will kick off on the second Monday in May — May 2, 2022. While part one of the exhibit opened on September 18 (and is still on display), part two will open to the public a few days later, on May 7. The entire exhibit will be available for viewing through September 5, 2022.

Where is the Met Gala?

The Met Gala is always held at the Metropolitan Museum in New York City, so the elite party-goers can see the new exhibit before anyone else. The red carpet will take place on the famous, carpet-covered museum steps. The event itself will continue through the exhibit and finish with a luxurious dinner party in the Temple of Dendur.

Who will be at the Met Gala?

Though a guest list is never publicly released (you must simply wait and see who shows up on the red carpet), there are some major players who you can assume will attend. Especially this year, it’s likely that American designers like Ralph Lauren, Prabal Gurung, Michael Kors, and Christopher John Rogers will be there, to name a few.

When it comes to the celebrities who wear their creations, the Kardashian-Jenner clan, Beyoncé, Lizzo, Lady Gaga, and perhaps even a pregnant Rihanna will likely hit the steps, as they have so many times in years past. Unfortunately, though, Zendaya revealed that she won’t be attending (much to her fans' disappointment), due to a conflicting work schedule.

How to watch the Met Gala

This year, Vogue will offer exclusive livestream access starting at 6 p.m. E.T. on Instagram, Facebook, and Twitter. You can also watch it online on Vogue.com. That said, if you’re in the city, camping outside the museum or heading over to New York’s Mark Hotel are great opportunities for celebrity sightings.

This article was originally published on March 17, 2022