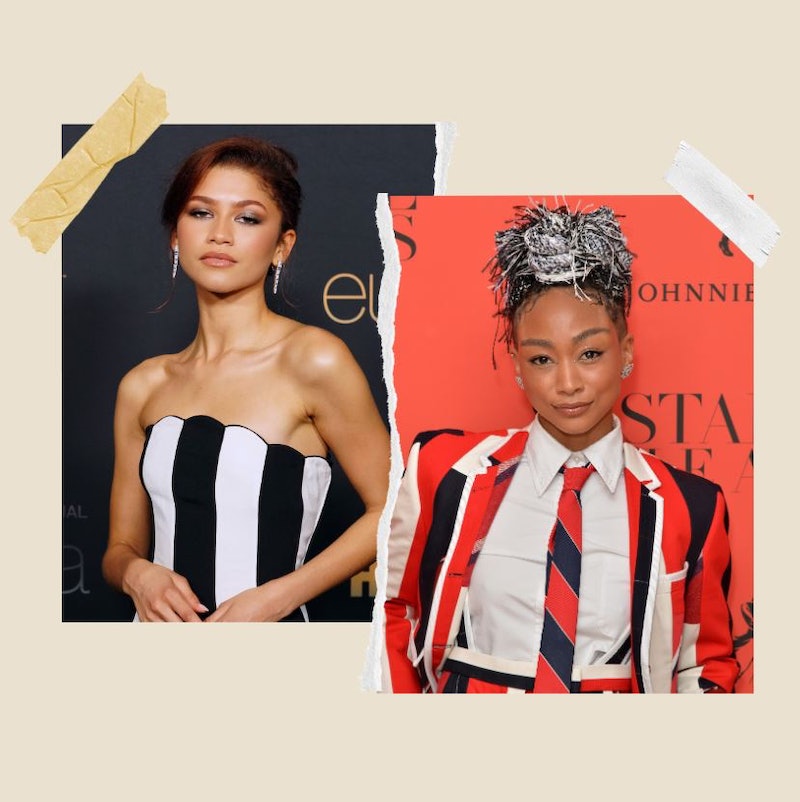 Though she’s already starred in the popular Netflix series You and Chilling Adventures of Sabrina, Tati Gabrielle will soon make her feature film debut in Uncharted. As if that wasn’t “nerve-wracking” enough, her role as the villainous Braddock in the big-screen adaption of the popular Sony PlayStation game also required her to go toe-to-toe — sometimes literally — with Hollywood heavy-hitters such as Mark Wahlberg, Tom Holland, and Antonio Banderas. But the 26-year-old says she got plenty of support from her co-stars — and it also didn’t hurt that she’s longtime friends with Zendaya, who also happens to be Holland’s girlfriend.

“I grew up with Zendaya! We went to school together,” Gabrielle revealed in Glamour’s inaugural gaming issue. “Tom was texting her while we were filming and then she texts me — it was like, ‘Hey, he says you’re doing super-awesome! Sending love!’” The two women, who both attended Oakland School for the Arts in Oakland, California, share an admiration for the titular Spider-Man star, whom Gabrielle described as “very silly, very goofy, very funny” and “the sweetest.”

Their shared past also includes getting a chance to work together. In 2016, Gabrielle had a role on the Disney Channel comedy K.C. Undercover. The series centered on Zendaya’s titular character, K.C. Cooper, a high school student who happened to double as a spy, and Gabrielle played Wacky Jacky in the episode “Tightrope of Doom.”

On top of that, the two actors have related over the intricacies of navigating the acting world as Black women. “This is another thing with African-American actresses — it’s like we don’t want to be perceived as a diva. And not that you should, because all you’re asking for is something that you should be getting anyway,” Gabrielle added to Glamour. “But unfortunately, there’s a stigma of, ‘If I ask for that, now I’m a mad Black woman.’”

Both actors continue to hone their craft, and for Gabrielle, the Uncharted set was a great place to learn. She credited Wahlberg with taking her “under his wing,” offering “a lot of different advice” during filming. Among the acting vet’s lessons? “Mostly how to carry myself and to know to ask for what I needed; to never be afraid of speaking up; and to just gain confidence in myself and whatever I say and do,” Gabrielle added. “As well as learning that, yes, you should be a team player, always, but don’t let anyone walk over you or take advantage of you. Because that, for me, hurts more than you think it does.”

More like this
Who Is Allison Williams Dating After Her Divorce? She’s Engaged With A Child
By Jake Viswanath
RHOP’s Robyn Dixon Explained Why Juan Paid For Another Woman's Hotel Room
By Brad Witter
James Cameron May Come To Regret His 'Titanic' Door Experiment
By Stephanie Topacio Long
Taylor Lautner Copped To Finding Jacob "A Little Annoying" In Twilight
By Stephanie Topacio Long
Get Even More From Bustle — Sign Up For The Newsletter
From hair trends to relationship advice, our daily newsletter has everything you need to sound like a person who’s on TikTok, even if you aren’t.