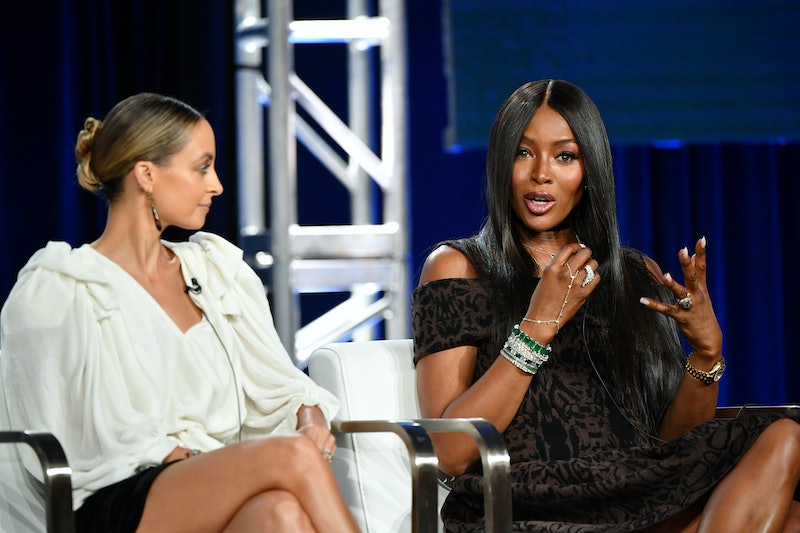 There’s no rulebook for adjusting to life under quarantine. For some, it’s important to have structure and routine. These are the folks who are still updating their calendars, working out regularly, and getting dressed up every day (or, at least, every other day). For others, it’s all about taking this new normal from moment to moment. Then, there are the people who don’t believe time is even real anymore. And you know what? Fair.

But no matter where you fall on the quarantine lifestyle spectrum, one need remains universal: quality entertainment. Thankfully, in the digital age, that’s not hard to come by. From shows and podcasts to virtual tours and creative collaborations, the internet is truly a treasure trove of never-ending content. For the fashion-obsessed, there’s no shortage of media to spend hours (and hours and hours…) consuming.

As people spend more of their lives indoors due to social distancing, it’s more important than ever to seek out mediums that both entertain and inspire. Most recently, several brands — including Bottega Veneta, Ganni, Karl Lagerfeld, and others — have announced creative initiatives in an effort to foster community during this bizarre time. Ahead, check out the best fashion content that may help make quarantine a little less dreary.

Salvatore Ferragamo presents a series of podcasts to celebrate its founder that are filled with “riveting escapades and amusing anecdotes,” according to a brand statement. Narrated over a series of episodes, Shoemaker of Dreams is read aloud by a star-studded group including Jessica Alba, Pierfrancesco Favino, and Stanley Tucci. Now available on Spotify, iTunes, and SoundCloud.

Loewe has launched a new series on Instagram Live that features online events, talks, and workshops for followers to enjoy from the comfort of home. The brand’s creative director, Jonathan Anderson, wanted to use this space “to turn a shared situation into an occasion of actual and factual enrichment.” The lineup has included Kaia Gerber reading from The Portrait of Dorian Gray by Oscar Wilde for World Book Day and a live studio tour by San Francisco-based artist Josh Faught.

The most recent episode of Dior Talks focuses on art and feminism, turning the spotlight on the artist Penny Slinger. In the podcast, Slinger opens up about her creative process and her muses to the curator and writer Katy Hessel. So far, there are seven episodes total, all of which are “aimed at bringing together both the people who directly shape the creative direction of the House and those whose artistic, cultural, or intellectual impact influence its narrative.”

Alexander McQueen wants people to flex their creative skills and will even supply the soundtrack, too. The British fashion house has launched #McQueenCreators, inviting followers to produce art that’s inspired by some of its most iconic pieces. Each week, a new creative concept will be released, and a selection of this user-generated work will be republished on McQueen’s social pages. Need some musical inspiration? Head to the label’s newly launched Spotify channel, where you’ll find playlists and songs from previous McQueen runway shows.

This initiative aims to publish stories, inspirations, and creations from members of the Balmain family, in addition to friends and artists. Over the next few weeks, #BalmainEnsemble will develop content around the following categories: The Archives, The Style Files, The Global Atelier, The Intermission, and The Sketches. In The Archives, for example, Olivier Rousteing will narrate stories influenced by Balmain’s 75 years of archives, as well as from Rousteing’s own personal photo albums.

Tim Gunn and Heidi Klum are back. The original Project Runway stars have reunited for — yes, you guessed it — another design competition series. Except this time around, the grand prize is $1 million instead of $250,000, and the contestants are already relatively established within the industry. “I felt physically lighter on Making The Cut than I did on Project Runway because I knew how capable the designers were of doing their own heavy lifting,” Gunn previously told Bustle.

Bottega Residency is basically a weekly itinerary that covers just about everything, from fashion and food to film and music. Expect to hear from a wide range of “residents” — including artists, chefs, designers, musicians, and writers — discussing their artistic influences. The themes change daily during the work week, while weekends are for winding down.

Next In Fashion (Netflix)

If you haven’t watched this design competition series yet, what are you waiting for? Queer Eye’s Tan France and it-girl Alexa Chung serve as hosts and judges, alongside a rotating list of guest judges (including Adriana Lima and Tommy Hilfiger) who deliver some serious fashion wisdom. The budding design talent on the show is almost too good, with aspiring designers from all over the world vying for that winning spot. Who knows, you may wind up being inspired to take up sewing after it’s all said and done.

This newly launched initiative recently kicked off on the the Karl Lagerfeld Instagram feed. DJ Chelina Manuhutu performed a live set to get followers up and moving, and to create a sense of connectedness. According to the brand, it will have “many more exciting lessons, shows, and classes” to share in the weeks to come.

Live music appears to be the quarantine entertainment du jour, with Levi’s now bringing its community performances to Instagram at 5:01 p.m. PST every weekday. The series will feature the musical stylings of some of Levi’s favorite artists to encourage everyone to stay home and connected. The initiative also gives Levi’s an opportunity to support musicians directly and their chosen charities while connecting with their fans. The artist lineup includes Vic Mensa, Hayley Law, Jaden Smith, Sylvan Esso, Koffee, and many more.

Now in its 18th season, the reality show that made “fierce” and “make it work” catchphrases continues to deliver some iconic fashion moments. Who can forget the first meme of the decade, which came from a testy exchange between judge Karlie Kloss and one of the contestants who brought up her affiliation with the Kushners? Now that’s some must-see TV.

Of course, fashion isn’t exclusively about the design side of the business. Stylists are important, too. Enter Jason Bolden, who dresses the likes of Taraji P. Henson, Yara Shahidi, and Ava Duvernay. If you’ve ever wanted to get an inside look at all of the stress and drama that goes into creating a major red carpet moment, you’ve come to the right place.

More like this
'Love Island' Tanyel's Latex Versace Dress Was Gifted By A Former Islander
By El Hunt
This 'Bachelor' Contestant Had The Best Reaction To Wearing The Same Dress As Another Woman
By Grace Wehniainen
Every Single Thing In Maya Jama’s 'Love Island' Wardrobe
By Darshita Goyal
Ekin-Su's Sheer Tribute To Britney Spears Has Caused Major Complaints
By El Hunt
Get Even More From Bustle — Sign Up For The Newsletter
From hair trends to relationship advice, our daily newsletter has everything you need to sound like a person who’s on TikTok, even if you aren’t.