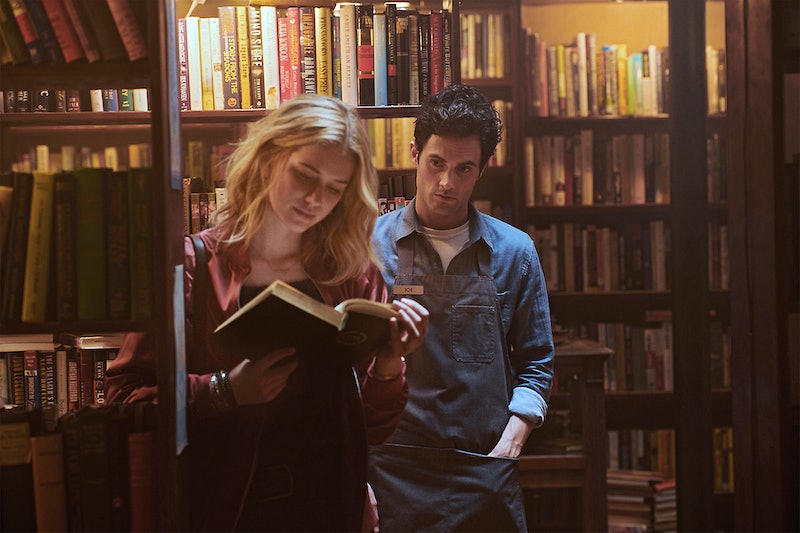 The term "serial killer" feels dated, like a relic of the past — a totally terrifying relic, sure, but a relic nonetheless. Current references would describe Joe Goldberg on You, or maybe the vibe a Tinder date gave off. America's most notorious serial killers, like Ted Bundy, John Wayne Gacy, Jeffrey Dahmer, and Richard Ramirez, were all active more than 20 years ago. And while several major serial killers have been active in the 2000s — like Israel Keyes, "D.C. Snipers" Lee Boyd Malvo and John Allen Muhammad, and Anthony "Cleveland Strangler" Sowell" — the recent arrests of high-profile serial killers like the Golden State Killer and Samuel Little hinged on crimes committed several decades ago.

But after peaking in the '90s, those numbers went down. And in 2015, the last year data was collected by Radford, they estimated that only 30 serial killers were operating in the U.S. — numbers equivalent to the number of active serial killers in the 1960s.

There are a number of ideas as to why this drop in serial killings occurred. According to criminologist Dr. Greg Broberg, Ph.D., a professor at the School of Social Transformation at Arizona State University, technology has helped. "The wide use of the internet has made it much more difficult for serial killers to stay hidden," Broberg says, as the exchange of information has become instant. A single photo or tip can spread across the country in a click. "Advances in identifying possible suspects (DNA, etc.) now act as a deterrent for serial killers," Broberg adds. The fear of being caught because of a fallen hair could be enough to keep someone from attempting to commit the crime at all in some cases. That said, Broberg points out that some serial killings go unaccounted for in cases when the victims are members of vulnerable populations. "Sex workers, runaways — they are all prime targets and their murder may go unsolved or un-investigated." What's more, "in many states, a large percentage of stranger-to-stranger homicides go without being prosecuted," Broberg says.

While the fact that the amount of active serial killers in the U.S. has dropped substantially over the last few decades might sound like a relief, the grim reality is that it could be due to the fact mass murder (defined by a minimum of four victims, in a short period of time) has simply become more common, as a result of the widespread availability of guns.

How Many People Are Killed By Serial Killers These Days?

In order to be a serial killer, the person has to commit two or more separate murders. But what that means for stats over time is hard to pinpoint. There isn't a single official agency that's aggregating this information. According to Broberg, the only public stats we have to go by come from academics who study serial murder. Broberg cites a 2004-2014 study that accounts for 270 active serial killers, and between 766 and 955 victims over 10 years.

According to one FBI analysis, "Serial murder is a relatively rare event, estimated to comprise less than one percent [sic] of all murders committed in any given year." Of the approximate 15,000 murders committed annually in the U.S., that's 150 victims a year. John Douglas, a former chief of the FBI’s Elite Serial Crime Unit told People back in 2015 that those 150 murders might be attributed to the work of between 25 to 50 serial killers. For perspective: the number of people who die from food poisoning each year is 3,000.

Who Are These Serial Killers?

The obvious answer, of course, is "The police don't know, or they'd arrest them." But the larger answer is: Not necessarily who we think they are. It turns out that our film- and TV-fed belief that serial killers are loner white males carrying out evil schemes, à la Hannibal or Dexter, are pretty far off from reality.

According to the FBI's serial murder fact sheet, serial killers as a group diverge from our stereotypes in many major ways. They're more ethnically diverse (and include more women — 17 % of serial killers are female) than we might expect. And most serial killers don't live in isolation. Many of them, including the infamous John Wayne Gacy and Gary Ridgeway, the Green River Killer, were married and active in their communities throughout the years they committed their crimes.

"Researchers typically focus on psychological or sociological explanations for serial killing," Broberg tells Bustle. In terms of the psychological, "a number of psychopathy-related disorders have been attached to serial killers," Broberg adds.

One of the most common methods for measuring criminal psychopathy surrounds Hare’s Psychopathy Checklist, Broberg says. The assessment is used to determine if individuals in incarceration or psychiatric institutions show signs of psychopathology. "Of course, the use of this instrument varies widely — for example courts may use this in order to assist in determining the validity of the insanity defense." Broberg adds that despite the myth, less than 4% of criminal offenders are actually found to be legally insane. Further, despite stereotypes, studies show that mental illness is not a cause of violence, and people with mental illness are far more likely to be victims of violence than perpetrators. Sociological explanations of serial killing are more complex, Broberg explains.

As fascinated as people remain with them, most serial killers are a far cry from the terrors who pop up on our TV screens. Far more often, they're just violent, ruthless people who kill for enjoyment, profit, sex, convenience, or other sadly straightforward reasons. But as much as people like to spook themselves out thinking about You and the like, the facts remain that, fortunately, most of us will probably never encounter a serial killer.

This article was originally published on Sep. 22, 2015