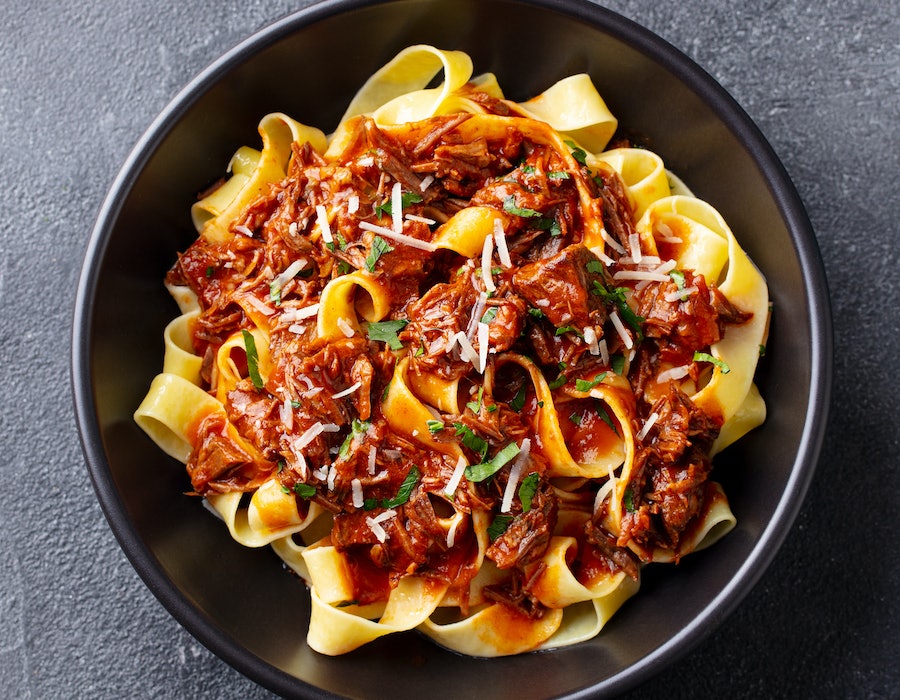 In my opinion, pasta is proof there is a god. If I could eat noodles for every meal, I absolutely would. Breakfast linguini anyone? However, the only pasta I have in my home is an elderly box of penne, begging the question, does pasta expire? There are so many different dishes you can make with pasta as the base ingredient — from spaghetti bolognese and mac and cheese to pad Thai and spinach tortellini — so you're going to want to make sure you're stocked up.

In the tree branch that describes the pasta world, it starts with fresh pasta vs. dried pasta. Dried pasta is the kind you'll find in boxes at most grocery stores. It's more common than fresh pasta, especially for us on-the-go folks. Of course fresh pasta is about one thousand times tastier than the boxed stuff, but who has time to hand roll spaghetti or stuff raviolis in their tiny apartments? And, fresh pasta sold at the grocery store often comes with a heftier price tag compared to its dried counterpart. So for those of us hoping to one day cook that questionable box of spaghetti lurking in the kitchen cabinet but don't know how to tell if dried pasta has gone bad, there are a few things you should know.

"Dried pasta can become inedible, but its shelf life is typically a few years as long as it’s stored properly," Alyssa Pike, RD, manager of nutrition communications at the International Food Information Council, tells Bustle. "Store pasta in a cool, dry place either in its original packaging or in an airtight container to extend its shelf life for as long as possible," she adds.

Dried pasta is unlikely to grow harmful bacteria, but it does lose its flavor as it ages. "It’s helpful to know that date labels or 'expiration dates' (e.g. sell by, used by, best by) are based on quality, not safety — except for infant formula," Pike says. "So, yes, technically it is safe to eat dried pasta past its expiration date, although the quality of taste or texture may begin to change after its expiration date." The expiration date on a box of pasta is usually about one to two years.

"If your pasta is past its 'Best if Used By/Before' date, it’s a good idea to inspect it before you cook," Pike says. "Overt changes in texture or smell are indications that the pasta is no longer safe to eat. As the saying goes: 'When in doubt, throw it out.'”

Fresh pasta, on the other hand, has a very short shelf life and should only sit in your fridge for about two days, according to the U.S. Department of Agriculture's FoodKeeper app. You can extend the shelf life of fresh pasta to up to two months by freezing it, but when you have fresh pasta in the house, how long can you really wait without devouring it? Meanwhile, cooked pasta can be kept for three to five days in your refrigerator, and up to two months in the freezer.

When it comes down to it, you should always use your best judgment when evaluating old pasta. If the noodles are discolored or show visible signs of mold, it’s best to throw that old pasta away and start fresh.

This article was originally published on March 6, 2016