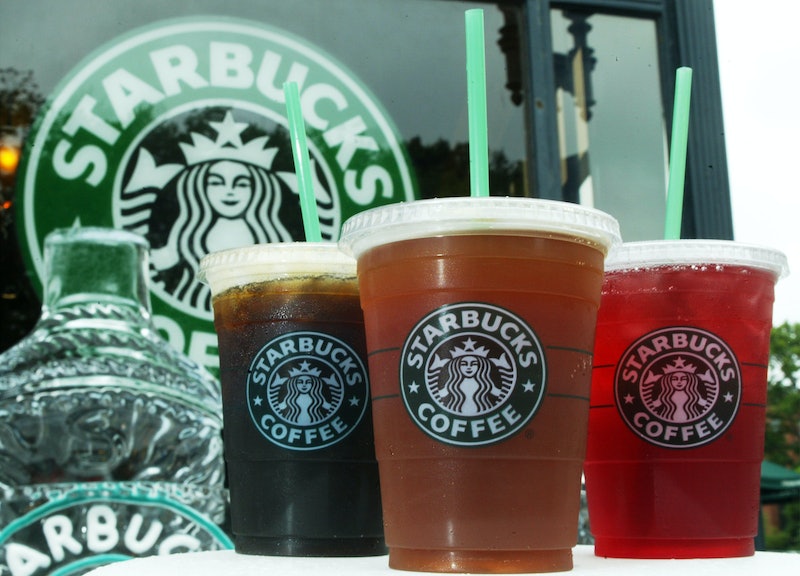 You may have noticed that we here at Bustle love coffee kind of a lot, but it's not just because of the sweet, sweet caffeine boost with every cup. The drink has a range of health benefits as well, and today we get to add to that list: according to a recent study, coffee can reduce your risk of multiple sclerosis. By the way, this is in addition to decreasing your risk of diabetes, endometrial cancer, melanoma, and heart disease. Is there anything coffee can't do? I'm serious. I wouldn't be surprised if there's a study this year claiming that it cures cancer and is the secret to eternal life.While we wait for researchers to figure that one out, we can content ourselves with the protection against multiple sclerosis (MS) that coffee provides, because that's not a fun disease. MS causes your immune system to attack your myelin sheath, which is a protective coating on your nerves. Damage to the myelin sheath can disrupt signals between your brain and nerves, and in some cases the actual nerves are impaired, which is currently incurable. Not to mention, it hurts like hell. According to an immense study from the American Academy of Neurology, however, drinking multiple cups of coffee a day can help prevent the disease, Cosmopolitan reports.

The study analyzed data from Swedes and Americans, both with and without MS. The results showed that Swedish participants who didn't drink coffee were 1.5 times more likely to develop MS symptoms, compared to the serious caffeine addicts who drank six cups a day. The opposite held true as well: Americans who drank at least four cups a day were 1.5 times less likely to develop MS than their counterparts who abstained. Because this was just a correlational study, the researchers say this could be the result of a number of factors. The primary idea, put forth by author Dr. Ellen Mowry, is that the people who drank more coffee exercise more, which decreases the risk of MS, Cosmopolitan reports. She also hypothesized that the caffeine stimulates the nervous system, which keeps the immune system from going rogue and attacking your nerve cells. Four to six cups a day may seem a little excessive (I know I would be bouncing off the walls), but there's no evidence to say that drinking fewer cups doesn't protect against MS at least a little. More research has to be done, so don't up your caffeine intake just because of the results of this study. In the meantime, though, coffee is doing all sorts of other great things for your body, so it's a win-win situation. Remind your boss of this next time you're 15 minutes late because of the line at Starbucks, again.