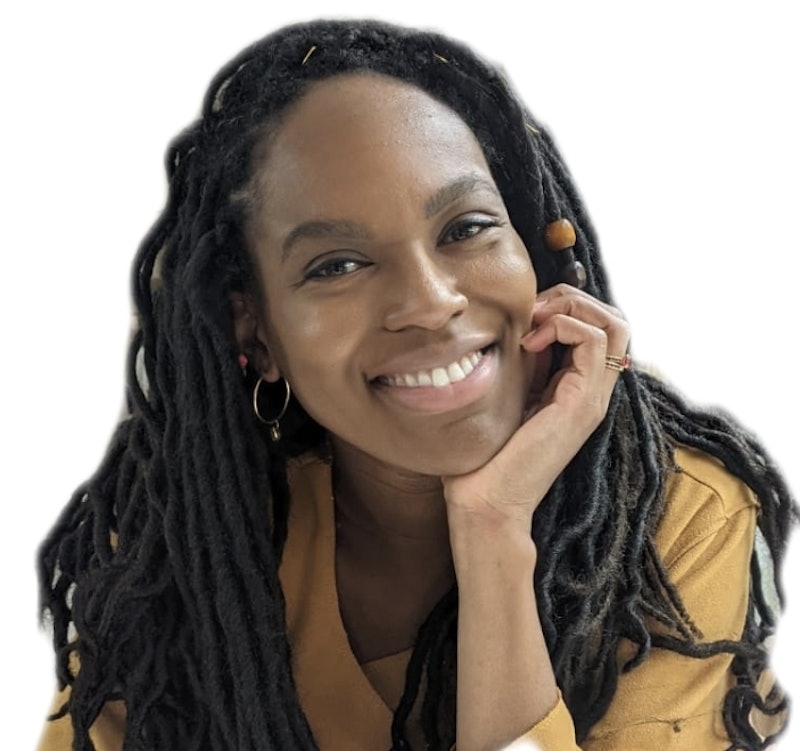 On August 3, 2021, the National Police Chiefs’ Council (NPCC) announced it had enlisted barrister Abimbola Johnson to chair a new independent scrutiny and oversight board, to help tackle the lower levels of confidence between Black and minority ethnic groups, and the police.

The criminal defence barrister has been openly critical of the police in the past, highlighting the “violent tactics” used that disproportionately affect Black people in the UK. Now, Johnson plans to work with law enforcers to address these “negative” and “historic” disparities. As she writes on Twitter: “I don't want us to be having the same conversations in 40 years' time.”

The new appointment, which the NPCC says has been years in the making, is considered a welcome move in fighting systemic racism within the police forces in England and Wales. (Scotland and Northern Ireland have different oversight.) Here’s what you need to know about Abimbola Johnson and what she plans to do in her new role.

Who is Abimbola Johnson?

Hailing from London, Johnson is no stranger to the inner workings of the police. As the NPCC states, Johnson’s work primarily concerns “serious criminal cases involving gang violence, drug trafficking, and dishonesty offences,” and the award-winning barrister is vocal about tackling systemic racism within law enforcement.

Before taking on the role of chair of the new board, Johnson wrote a piece for the Guardian in October 2020, outlining that the “police are more likely to view Black people as a threat.” She wrote: “As a Black person you are more likely to be physically and violently interfered with, and even die, at the hands of the police, even when you have done nothing wrong.”

She went on to ask for the police to “look inwards” if they were serious about improving relationships with members of the Black community.

What does Abimbola Johnson’s role entail?

As it currently stands, Abimbola Johnson is actively recruiting a team of six to eight members to “fearlessly advocate for Black people”, and provide an action plan that “aims to build a more inclusive police service.”

Johnson has said this will require a “high level of responsibility”, and it’s a role she takes “extremely seriously.”

“Black people have been disproportionately affected by policing for decades,” Johnson shared in a statement. “Many of us have had personal experiences with the police that have been unsatisfactory, unfair, or even harmful, and many of us know of others with similar stories.”

She went on to say: “I hope the creation of an action plan, and a parallel independent board to inform, oversee and scrutinise that plan marks a recognition by the police that the onus is on them to look inwards.”

On Twitter, Johnson clarified that the role “is independent of the police, and the board is not affiliated with any political parties.” It is, however, led by the NPCC and the College of Policing, and aims to bring together many policing bodies, including the Police and CrimeCommissioners and staff associations to create meaningful, lasting change.

As for the NPCC, police chiefs say it is prepared to open itself up to scrutiny. “It demonstrates the fact that we’re listening and we want to listen,” said NPCC chair, Martin Hewitt commented on Johnson’s appointment, per the Guardian. “It is a wicked and challenging issue. It is an issue that we [as police chiefs] have a responsibility to address,” Hewitt added.

How did Johnson’s new role come about?

Per an NPCC press release, the role of the Independent Scrutiny and Oversight Board Chair has been a long time in the making and was recruited “in an open process,” which was “informed by detailed consultation with dozens of experts inside and outside of policing.”

Speaking about the appointment, Chief Constable Sir David Thompson said recent Home Affairs Committee’s reports served as “a stark reminder of how long many Black people communities have waited for policing to go further and faster in addressing race disparities,” adding that the “urgent work” with Johnson will begin “right away.”

The Home Affairs Committee stated that 22 years after the landmark Macpherson report following the death of Stephen Lawrence, “there are still serious and deep rooted racial disparities.” Adding “that neither police forces nor governments have taken race equality seriously enough for too long.” Hopefully, with the leadership of Johnson, this will now start to change.

Editor’s Note: This article has been updated to reflect the police forces the Independent Scrutiny and Oversight Board Chair will work with; namely those of England and Wales. Scotland and Northern Ireland have different oversight.

More like this
Here’s Where The NHS Nurses’ Strike Currently Stands
By Sophie McEvoy
Gen Z Are Twice As Likely To Identify As Queer, According To New Data
By Sam Ramsden
Pret & Costa’s Coffee Is The Strongest On The High Street, According To Which?
By Sam Ramsden
Matt Hancock’s TikTok Is The Most Matt Hancock Thing Ever
By Sam Ramsden
Get The Very Best Of Bustle/UK
Sign up for Bustle UK's twice-weekly newsletter, featuring the latest must-watch TV, moving personal stories, and expert advice on the hottest viral buys.