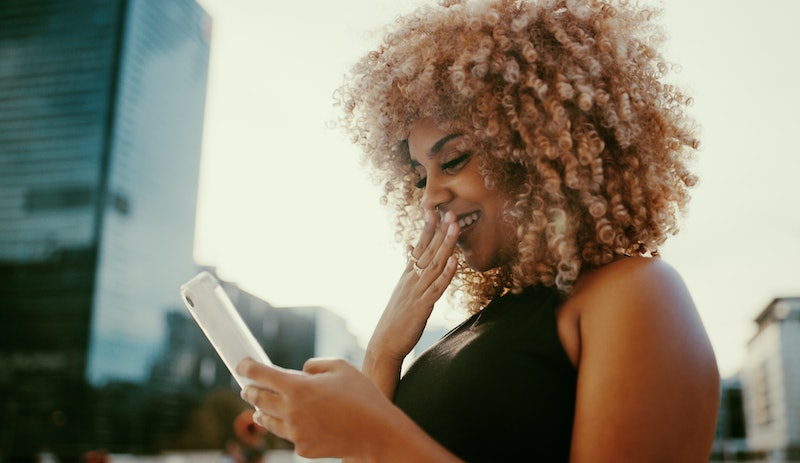 When Gen Z isn’t busy trolling Millennials for their choice of jeans or carbon footprints, they’re hard at work bending and twisting the meaning of words you thought you once knew well. (Think sheesh or elite.) Before Gen Z got their youthful hands on it, the word cringe meant “to recoil in distaste,” per Merriam-Webster. You’d probably use the word IRL as a verb to describe your reaction to nails on a chalkboard. But according to Gen Z, cringe is both an adjective and an attitude. While its close cousin “cheugy” might refer to a fur-lined boot, a skinny jean, or a cronut, cringe can be anything, and cringe can be everything.

To cusper Sydne, 27, a freelance designer, cringe means anything that’s humiliating. “Cringe is the feeling of second-hand embarrassment for something that someone else is posting or doing or saying,” she says. “It’s almost like a gagging feeling mixed with pity — ‘yikes.....’ is a good way to describe it,” she says. But cringe is not one size fits all. “To me, it’s people who say ‘doggo’ or who heroically share that they’re antivax, and the Rae Dunn font,” she says.

For some Gen Zers, the broad applicability of “cringe” is cringe unto itself. “The word has become functionally meaningless,” says the creator of the @everywordiscringe Twitter account, who asked to maintain his online anonymity. The page generates random words that have arbitrarily been designated cringe, posting, “anyone who still unironically uses the word “[insert word]” is so #cringe tbh” daily. The 21-year-old tells Bustle he created the account to show that literally anything could be seen as cringe, stressing the over-saturation of its use in popular culture. If you came across the account without knowing that it’s ironic, you might think, “Hm, yeah, I guess using the word ‘shrug’ is cringe.”

“Originally, I think cringe meant something was awkward in an over-enthusiastic way, but it gradually came to essentially mean ‘anything I don't like’, or ‘anything that I used to like, but no longer do — like Twilight,” he explains. “People decry basically anything and everything by declaring it,” he says, adding that the @everywordiscringe Twitter account was meant to show people that they’ve lost their grasp of the word and to chill out with using it.

For Millennials, cringe might evoke the essence of Gretchen Wieners trying to make fetch happen. Or getting a superstitious email chain from your mom. Or accidentally double-tapping an old picture in the middle of a deep dive into someone’s Instagram. “I got a nosebleed in the middle of a Zoom meeting. I felt cringe on my behalf,” Eliza, 33, a consultant, tells Bustle. But to Zoey, 34, an editor, cringe doesn’t even register. “Something can be cringeworthy, but I’ve never even heard of cringe being used as an adjective,” she says. “To cringe is to recoil with fear or discomfort — or how you feel when you watch The Office.”

More like this
Behind The Hilarity Of The "POV: You Walk Into My Room" TikTok Trend
By Lexi Inks
Here's How To Get Your iPhone To Update Automatically Forever
By Emma Carey
Why TikTok Is Obsessed With Caesar Salads Right Now
By Alexis Morillo
This TikTok Song About An Unrequited Romance Has FYPs In Shambles
By Emma Carey
Get Even More From Bustle — Sign Up For The Newsletter