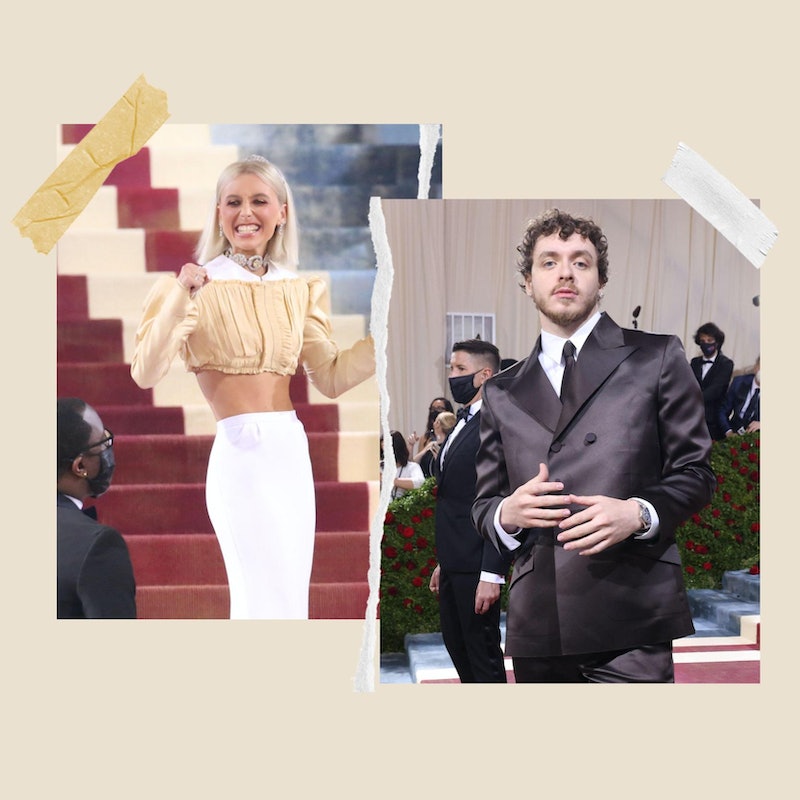 The first Monday in May has come and gone, and though some red carpet looks will remain in the zeitgeist for a few weeks more, the internet has mostly moved on — save for one truly iconic moment. Youtuber turned It Girl, Emma Chamberlain, returned to the Met Gala for the second year to serve her gilded glamour and interview celebrities on the red carpet for Vogue. One of those celebrities was none other than the internet’s boyfriend, Jack Harlow, known online for his ability to flirt with a brick wall. Together, the two created the Met Gala’s most comically awkward — yet relatable — moment.

Watching these two people, with wildly different energies and competing levels of confidence, interact is like a glitch in the matrix. Jack’s signature charm, unshakeable until this moment, is whittled down to middle school hallway levels of awkward in the face of an ultra cool Emma. Have we ever seen Jack Harlow’s game flop this hard? That is the power of Emma Chamberlain. Despite their vibrational differences, the two have one thing in common — chronically online fanbases, which explains why this moment is buzzing across all corners of the internet right now.

The two engage in a bit of small talk, with the exchange of typical questions like “Tell me about your outfit?” and “Were you nervous today?” before parting ways. The final words of this interaction are what resulted in the meme of the season.

Almost instantly, the internet took the moment and ran with it. At just 55 seconds long, the original Vogue video has just under 900k views, while the clips circulating on Twitter have view counts in the millions. One TikToker, @lauren_vannucci, posted the clip to the app in a video that now has 9.8M views, 2.2M likes, and thousands of comments like, “Me friendzoning every man I ever meet,” and “he gives me ‘where’s my hug’ vibes.”

Though some Jack Harlow fans might file this interaction into a supercut of swoon worthy moments, some on the internet are reading it differently. While Emma stares at the ground and recollects herself, Jack has already honed in on his next target, Camila Cabello. Jack Harlow, are you tired?

While some giggled and scrolled on, others on the internet have been stuck on this moment since May 2. It makes people feel seen in an odd way and begs the question, are you more of an Emma or a Jack in this situation?

Memes are the chemtrails of the Met Gala, they keep the conversation spinning on social media days after Anna Wintour’s gone to bed, and this year’s reigning meme is undoubtedly this one. So next time you need to spice up your work chat or are left speechless in the DMs, this one’s for you.