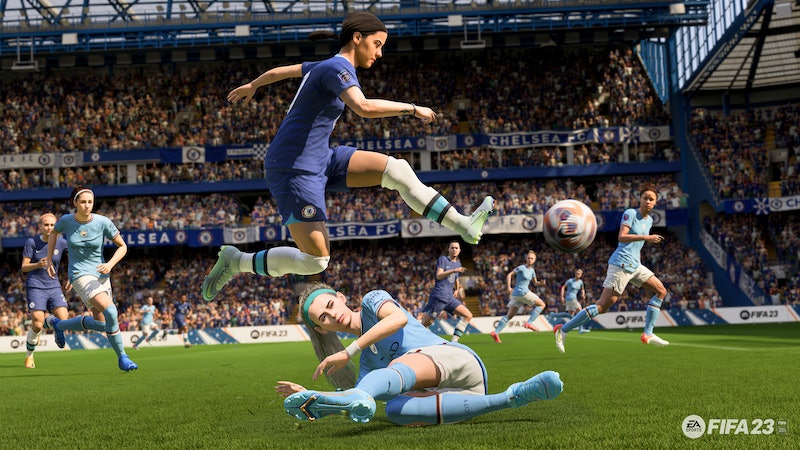 As England’s Lionesses continue to score goal after goal in the Women’s Euros 2022, England’s domestic women’s clubs will finally be featured in EA Sports’ FIFA video game series. For the first time in the franchise’s history, clubs from the FA Women’s Super League and the French Division 1 Féminine will be available to play in FIFA 23, including English teams like Chelsea, Arsenal, and Liverpool.

Despite FIFA 23 being the last game to be produced by EA, the developer said more leagues will be added in the future. But players will be able to play with some of the world’s most prominent women’s football teams at launch and compete in the Women’s World Cup Australia and New Zealand 2023. As FIFA 23 producer Matt Lafreniere said, EA is “committed to building an equitable experience and aspire to help women’s football.”

FA’s Commercial Director Navin Singh is “delighted” to see women’s football at the forefront of FIFA 23. “This very much supports our ambition to accelerate the growth of the women’s game in England.” While more information will be announced at a later date, EA revealed that improvements in motion capture will provide male and female players with a more “natural and realistic motion in football gaming.”

This isn’t the first time women’s football has been featured in the FIFA series. In 2015, a few international teams were added to FIFA 16, which was expanded upon in FIFA 22. Last year’s instalment allowed players to create a female player for the first time. It was also the first to feature an English-speaking female commentator. Former professional footballer Alex Scott lent her voice to the video game franchise, calling her involvement a “big moment for FIFA, for football and women and girls across the world,” adding that this was “just the start of female footballing representation from [EA Sports] and the football community as a whole.”