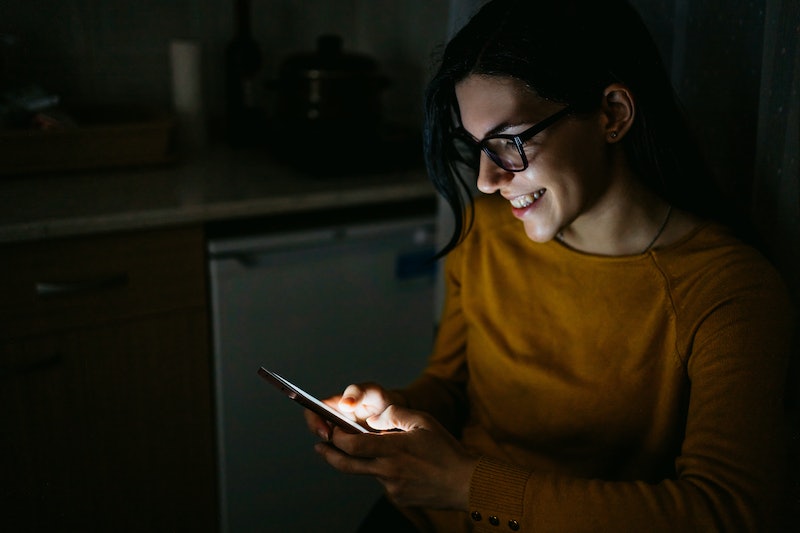 You spent most of your childhood afraid of getting in trouble with your parents, but now that you're an adult, it's time to have some fun. April Fools’ Day is the day to plastic wrap the toilet, swap out the sugar for salt, and try these April Fools' Day pranks to play on your parents. Don't worry, they can't take your internet privileges away anymore, so you finally have free rein to pull one over on them.

Your relationship with your parents has probably changed a lot over the years, but now that you're older, you want them to see you as a grown-up, a responsible adult capable of making a life for yourself. Well, this April Fools' Day isn't the day to convince them of that. Instead, it's the day to act like a little kid again, the one who used to fill your parents' house with laughter, jokes, and mischief.

Whether you're down the street or across the country from your folks, here are hilarious April Fools' Day pranks perfect for pulling on your parents. Trust me, they're way better than the plastic wrap on the toilet gag you pulled when you were a kid.

1. The Change Their Clocks Prank

Remember all those times your parents shook you out of bed at an ungodly hour for school? It's pay back time. Set your parents' clocks to an hour ahead, and watch them start their day way earlier than necessary. Sure, they'll figure it out once they look at their cell phone, but if your folks are like mine, that won't be first thing in the morning.

So your parents like to enjoy an at-home night cap from time to time? For this year's prank, switch out all your mom and dad's wine and liquor with juice and water. Happy hour suddenly won't be so happy.

I'll never forget the look on my mom's face when I showed her my first tattoo. She was so shocked, she cried, and asked if it was a joke. (No, Mom, the tattoo is real, but you did give me a great prank idea.) Get a temporary tattoo, something really gaudy that you know they'll hate, and place it somewhere on your body you can't easily cover. Show your parents, either in person or via text message, your "new ink," and wait for their faces to drop.

Go into your mom or dad's phone setting, and change some of their keyboard shortcuts and autocorrects to hilariously inappropriate words and phrases. They'll have no idea why instead of "Love, Mom" their phone keeps saying, "YAS QUEEN!"

Want to drive your parents nuts all day? Use washable window markers to write "Honk If You Can Read This! Happy April Fools' Day!" on their car bumper, where they won't notice before getting in to drive. Once they're on the road, they'll be followed by beeps and honks all day long, or at least until they figure out what all the noise is about.

Since kids can't go out shopping for their parents' gifts, breakfast in bed is the go-to gift for Mother's Day, Father's Day, and anniversaries. Make your parents think you are resurrecting a tradition from your youth, and bring them breakfast. Only, instead of something homemade and delicious, take creme-filled doughnuts, and replace the filling with something surprising, like toothpaste, and watch them take their first gloriously hilarious bite.

If your parents are always on your case about your driving — and aren't everyone's? — give them a taste of their own medicine and send them a fake ticket. Find an image of one from your state, and doctor it on your computer to read your parents' information. They'll be shocked and confused when they get a $1,000 speeding ticket — just make sure you tell them the truth before they mail a check.

8. The Nail Polish On The Couch "Spill" Prank

How many times did your mother tell you not to paint your nails on the couch? Use her worst nightmare as the best prank by making a fake nail polish spill, and placing it on her favorite couch, chair, or table. She might get to say, "I told you so," but you'll get to say, "GOTCHA!"

If your parents buy their milk in a cardboard or light blocking container, then this is one of the easiest pranks to pull. Just drop a few drops of food dye into the carton, and when your parents go to pour milk into their cereal, they'll get freaked out by its new color.

Ah, email, how easy you have made April Fools' Day. There are a million different things you can do to prank your parents using email, but one of the best is the fake free vacation. Carefully craft a congratulations letter from a travel agency, TV show, or magazine that offers prizes to clients, saying that they have won a 10-day cruise. Include logos, and links to the site so it's more believable. When your parents call to tell you the good news, you can tell them that the joke is on them.

If I had a dollar for every time my mother said, "If I won the lottery..." then I'd already be a millionaire. Since the chances of your parents actually winning are about a zillion to one, let them feel like winners for a minute by giving them a fake winning lottery ticket. It's cruel, yes, but so funny.

This article was originally published on March 31, 2016