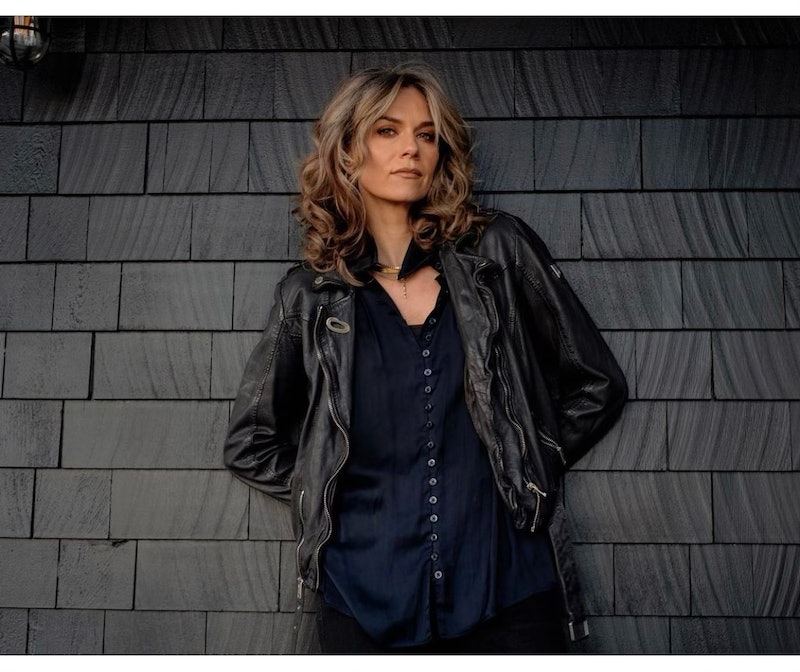 You likely have a signature drink you always order or a bottle you constantly reach for when you’re at the liquor store. But there’s excitement in trying something new — something a little more complex and unique than a vodka soda with a splash of lime — and One Tree Hill star Hilarie Burton thinks it’s time to set aside your preconceived notions about what you should be drinking. And the actor hopes her new venture, Mischief Farms Libations, a line of spirits featuring whiskey and gin, helps you explore new flavors. Created with her partner Jeffrey Dean Morgan and the folks over at Vale Fox Distillery based in Poughkeepsie, New York, the line is a love letter to the 39-year-old’s home base.

The line’s first drop, which is set to be available sometime this spring, includes the Mischief Farm Bonfire Rye and Mischief Farm Blackberry gin. Inspired by the Hudson Valley of New York, where Burton lives with her family, its lush greenery, and neighborhood businesses, Mischief Farms Libations was born out of mutual care for the community, according to Burton. Vale Fox Distillery first got in contact with Burton during 2020 as she was making and distributing masks in the Hudson Valley and the distillery was producing hand sanitizers, so they worked together to get PPE to those in need.

Both spirits use ingredients from or reminiscent of the Hudson Valley area; the Mischief Farm Bonfire Rye is smoked (a nod to Morgan’s love for building fires) and the Mischief Farm Blackberry gin is infused with blackberries, one of Burton’s favorite things to harvest on their family farm. The rye whiskey has an ABV of 45% and a $47 price tag, while the gin has a 48% ABV and will go for $39. Both will be available in liquor stores and through online retailer ReserveBar upon their release.

Although working with Vale Fox Distillery was a no-brainer for her, Burton says there was a learning curve to the whole endeavor, similar to her time in the limelight as One Tree Hill’s Peyton Sawyer. “I started working on TV when I was a teenager and didn't know what I was doing, and people came along for the ride with me as I learned,” she tells Bustle. “As I am venturing into this space as a new business owner, I want other women to feel emboldened and I want them to get involved in this space.”

The flavors of the whiskey and gin make them ideal for sipping on the rocks or mixed into something a little bit sweeter, Burton emphasizes. She suggests the gin in a mule or with soda, and the whiskey with vermouth and campari, though she points out how much the smoky flavor “stands on its own two legs.” If you’re new to either of these liquors, know you’re not alone; it took her some time to grow an appreciation for gin and whiskey, two strong liquors that can be an acquired taste.

“I'd never really been a gin drinker because the gin that I had been introduced to tasted like Christmas trees, so I wrote off gin altogether. But when I started drinking this Vale Fox gin, it had such a really lovely floral note to it,” Burton says. As for the whiskey, “You open a bottle and you’ll feel like you're out with your friends in a field having a bonfire.”

You may be used to celebrity-backed tequilas, wines, and hard seltzers, but the goal behind her new Mischief Farms Libations project with her partner is to put people on to more traditional flavors with a bit of a twist. “My husband and I, we like classics — I'm wearing the same leather coat that I bought 12 years ago,” she says. “We want things that are evergreen in our business, so coming with two liquors that we feel really proud of, that’s fun for us.”

Burton believes basic doesn’t have to be boring, and the playful Mischief Farms name is a nod to that. It’s a label Burton and her partner have used on collaborative projects before, and it’s a theme they hold true in their relationship as well. (The two showed off their matching “mischief” tattoos when announcing their new brand on Instagram).

“Mischief is the fountain of youth. We have a sense of boldness when we're young that gets beat out of us with taxes and all the grown-up sh*t we have to do,” she says. “We like to maintain a sense of curiosity about what we work on, so with these liquor flavors too, we're like, ‘We don't want to just do typical stuff that everybody else is doing.’”

More like this
Here’s What Sarah Jessica Parker’s Canned Cosmo *Actually* Tastes Like
By Emma Garza
TikTok's Favorite Bartender Thinks Mimosas & Bloody Marys Are Out For Brunch
By Alexis Morillo
Are We Drinking Rosé All Wrong?
By Sheila Yasmin Marikar
Starbucks’ Chocolate Cream Cold Brew Tastes Like This Retro Candy
By Emma Garza
Get Even More From Bustle — Sign Up For The Newsletter