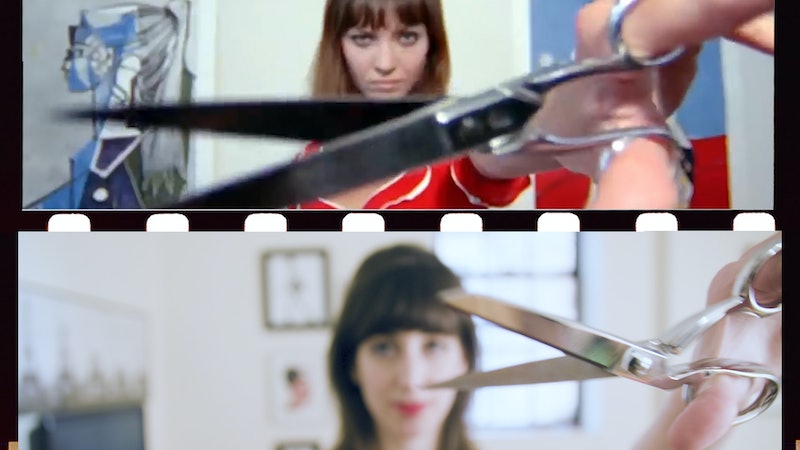 For Nicole Wilson, a New York City-based vintage fashion blogger, dressing isn't just a matter of going to the closet and picking out something to wear. instead, it's really more of a lifestyle. Wilson created the blog Darling In Dots, which focuses on curated vintage fashion and vintage-inspired lifestyle, with a specific focus on the '60s. She says it's her favorite decade, for a lot of different reasons.

"I think I like the 1960's because there's still an element of glamour," Wilson says, "But it's still very wearable today."

Her entire wardrobe focuses on '60s silhouettes, and when she dresses, her full look is vintage inspired. After a childhood preoccupation with all things vintage, she says she discovered her preferred aesthetic in fashion school.

"I used to think that the 60s were all about hippies," Wilson says, "And then when I got into fashion, I realized that wasn't until the very very end of the '60s."

In school, she focused primarily on designing vintage clothing from the '50s and '60s. When she shops for vintage herself, she alters her finds to make them more wearable today.

Of course, there's no limit of inspiration from that time period — from the influential fashion figures, to cinema, to fashion history that nods to the uniquely stylish nature of the decade. Wilson says her inspirations include Twiggy, Brigit Bardot, and even fictional characters like Betty and Sally Draper from Mad Men. Her ultimate inspiration, though, is everyone's favorite '60s queen.

"My favorite movie, style wise, is Breakfast at Tiffany's. Audrey Hepburn's character has a classic, glamorous look, but she's a strong female character for the '60s."

See more about Wilson's Hepburn-inspired lifestyle in the video above, part of Bustle's Suiting Up series.

More like this
20 Photos Of The 'Hocus Pocus' Cast Then & Now
By Radhika Menon
24 Years Ago, 'Friends' Dropped Its Most Underrated Ross & Rachel Episode
By Grace Wehniainen
The Chicest ’90s Updo Hairstyles To Try
By Paris Giles
What Does Nancy Jo Sales Think Of 'The Real Bling Ring'?
By The Editors
Get Even More From Bustle — Sign Up For The Newsletter