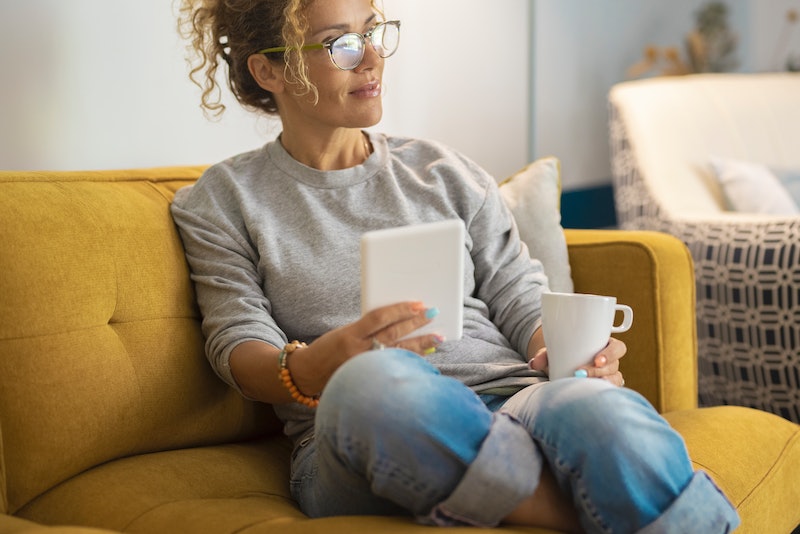 If you’re on TikTok, there’s a good chance your scrolling has eventually landed you on their “You’re in Control” video series. The gist is that, once you’ve hit a certain amount of time on the app, a video will appear on your feed with the general message of, “You’ve been scrolling for way too long.” Users are then often encouraged to get some food and water, go outside, or, if it’s late at night, head to bed. While it can be a sobering surprise, it serves the purpose of making us aware of our screen time and giving us the choice to log off when we’ve used an app for longer than we intended. If you’re not on TikTok — or don’t spend enough time on the app to get these notifications — you might be glad (or filled with dread) to know that a similar feature is now hitting Instagram with its new “Take a Break” setting.

Take a Break “does what you think it does,” head of Instagram Adam Mosseri explained in a video announcement on Nov. 10. In the video, he explained that Instagram would begin testing the Take a Break feature on a small audience. Some of the factors the company considers when testing features in this way include how well the feature works, how valuable it is, and whether it is interrupting any functions of one’s experience. The results of this beta phase with Take a Break will then be used to improve the feature for its official launch “sometime in December,” according to Mosseri.

In the brief video, Mosseri describes a bit about the function of Take a Break along with some example frames of how the feature will look on one’s Instagram. Once a user opts in to Take a Break, they have the ability to select an interval at which they will be reminded to take a break from the platform. After 10, 20, or 30 minutes of using the app, users will receive a “Take a Break” notification with prompts encouraging them to take a deep breath, journal, listen to music, and more.

Mosseri says that this feature is part of a “broader effort to try and give people more control over their experience of Instagram,” suggesting that we will likely be seeing similar screen time and wellness-oriented features roll out in the future. “Ultimately, you know what’s best for you when it comes to how you use the app, and we want to make sure we provide tools for you to shape Instagram into what works for you.”

Why Don’t I Have Take A Break On Instagram?

In his video, Mosseri noted that tests only go out to 1% to 2% of users on Instagram, and Take A Break is no exception. If you have access to this test, you will see an option to opt in as you’re scrolling through your feed. If not, well, you’ll have to wait for the feature to roll out to everyone in a month or two.

Whether you’ve been hoping to commit to a digital detox resolution this new year, or just want to be more mindful of how long you’re scrolling for, Take a Break could soon become an essential tool for your ‘gram.