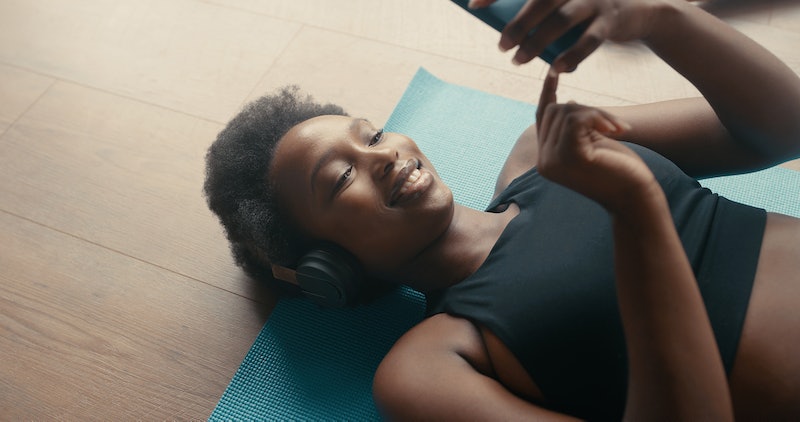 If you’ve always had a thing for athletes, the 2021 Olympics may be the best eye-candy people-watching there is. While you may enjoy salivating in front of your TV, actually meeting a single Olympic athlete can be easier than you realize. In fact, with more people on dating apps than ever, matching with Olympians on Tinder is just a swipe away.

During the 2016 Olympics, Tinder saw a 64% increase in daily active users in Rio. What’s more, in the Olympic Village area specifically, matches increased by 129%. How’s that for a post-game cooldown? A representative from Tinder elaborated that during the Olympics, Rio became the most searched and used destination for Tinder Passport, a feature of Tinder Plus that lets you swipe anywhere in the world.

American snowboarder and Olympic Gold medalist Jamie Anderson experienced Olympic Tinder firsthand back in Sochi, in 2014. “Tinder in the Olympic Village is next level,” Anderson told Us Weekly. “It’s all athletes! It's hilarious. There are some cuties on there.”

So many athletic cuties, Anderson admitted to deleting her Tinder account during the games to better focus on her races. “There was a point where I had to be like OK, this is way too distracting,” Anderson says.

As Anderson attested, there is no shortage of athletes that are going for gold on the field and in the swipe zone. Here’s how to match with Olympic athletes on Tinder.

How To Use Tinder Passport

If you already live in Tokyo, you may have already seen an influx of sporty hotties in your feed.(Though with the Olympics’ strict social-distancing rules, athletes aren’t allowed to be in close contact with others until after the games are over this year.) But if you’re stateside but looking to match with a medalist, your best bet may be Tinder Passport.

Launched in 2015 as a feature of Tinder Plus, Passport lets you check out who’s on Tinder all over the world. To get the feature you’ll need to step up your Tinder game, meaning purchasing a Plus, Gold, or Platinum subscription, ranging from $1.67 a month to $19.99 a month. Subscriptions are available in one-month, six-month, and 12-month options, and are cheaper for the longer options.

You can purchase a Tinder subscription by entering “Settings,” the same section you use to change the distance, age, and gender identities you’re interested in.

After getting a Tinder subscription, Passport is just a few clicks away. In the same “Settings” section, scroll down to “Discovery” — the same section where “Maximum Distance” and “Age Range” are. Above “Maximum Distance” you’ll see a “Location” tab, listing your current city. If you hit the “Location” tab, you’ll see a blue bar with an airplane saying, “Add a new location.” Tap that, and you’re good to go. There can you pick to search for new crushes in any of the 190+ countries where Tinder is available.

When you’re done with your Olympic fantasy, don’t fret. Tinder Passport lets you switch back to your current location easily — just hit the “Location” tab and change it back”. Additionally, switching locations won’t change any of your matches, meaning your local and long-distance lovers will all be there in your chats. Let the games begin.