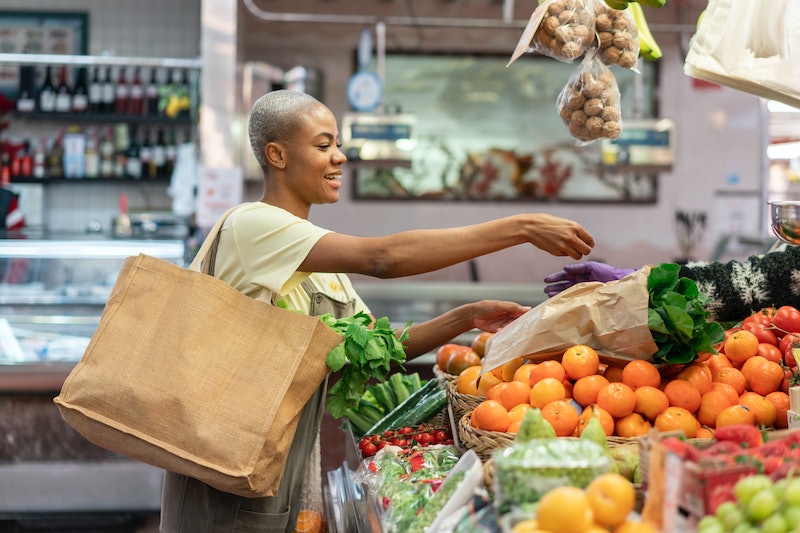 Brexit may have taken a backseat to the coronavirus pandemic in recent months but, as 2021 edges closer, we are beginning to see negotiation talks dominant the headlines once again. The 11-month transitional period is coming to an end on Dec. 31, and that's probably left you wondering what is currently happening with Brexit and how a potential no-deal exit could impact your everyday life.

The deadline Prime Minister Boris Johnson initially set for Oct. 15 has obviously passed, with the new deadline close on the horizon. As of Dec. 10, the UK and EU are still negotiating a trade deal, with fishing rights, business rules, and the Internal Market Bill being top of the agenda.

News outlets and EU insiders have suggested that a no-deal Brexit is highly possible – but what exactly will that mean for everyday like in the UK?

The transition period officially ends on Dec. 31, with new rules for citizens, businesses, and travel involving the UK and EU coming into effect on Jan. 1, 2021. The government has provided a quick questionnaire to get “a personalised list of actions” on gov.uk, which will give you advice specific to your needs.

How will a no-deal Brexit affect me?

According to consumer site Which, the price of your weekly shop could rise due to tariffs imposed on EU imports in the event of a no deal. Per BBC News, 30% of the UK’s food comes from the EU, with fresh vegetables and fruit possibly becoming "more scarce and more expensive." However, as Which notes, the increase in tariffs “will not necessarily be passed on to shoppers” as they may be absorbed in other parts of the food supply chain.

While the UK is pretty self-sufficient in terms of energy production, “about 12% of the UK’s gas and 5% of its electricity comes from the EU” according to Money Supermarket through interconnecting pipes and wires. These interconnectors could be “less efficient and more expensive” if we leave the EU, meaning new trade agreements would need to be set up.

The Association of the British Pharmaceutical Industry (ABPI) suggests that a no-deal Brexit may create “delays of up to six week in supplies” of medications, per the Independent. The government announced £434 in funding to prevent this from happening, and Minister and NHS leaders have said that “every effort is being made to ensure there will be enough medicines and clinical equipment available.” They have assured the public that robust contingency plans are in place for a no-deal Brexit scenario, which include:

Despite this, some hospital bosses are still concerned. Dr David Rosser, chief executive of University Hospitals Birmingham Trust, for example, is not sure that the medication, devices, and clinical supplies the government are stockpiling with necessarily cover post-operative care requirements, meaning non-urgent operations may not be able to go ahead at all.

As for how this may affect the coronavirus vaccine rollout, Dr June Raine, chief executive of Medicines and Healthcare products Regulatory Agency (MHRA) told BBC News: “We are ready and we know that whatever the deal we will be able to ensure that people have access.”

Will the way I travel change, too?

Travelling to the EU:

As part of the EU Commission’s COVID-19 safety restrictions, some countries with low rates of infection have been allowed to visit European countries for non-essential reasons, including the UK. But once the transition period ends on Jan. 1, the UK may be taken off that exemption list, per the Guardian.

While the government “cannot comment on decisions that could be taken by other states on public health matters,” the Guardian writes that if you’re planning on visiting EU countries “mainly for work” or for “study, transit, and urgent family reasons,” then you should be OK to travel beyond Jan. 1. This also remains the case for European nationals living in the UK. British holidaymakers, though, may be barred from the EU.

As long as your passport is less than 10 years old and has six months left before it runs out, there’s no need to change it. If you do need a new passport, the government advises to leave plenty of time before you need to renew it, as it can take up to three weeks to receive one after applying online.

And while you won’t need a visa to travel to EU countries, from 2022 UK citizens will have to register for a visa-waiver scheme. Similar to the U.S.’s scheme, the EU’s authorisation system known as the ETIAS (the European Travel Information and Authorisation System) will see UK tourists pay a fee of £6.30 every three years to travel to EU countries, per BBC News. However, if you plan on staying longer, i.e. for work or study, you may need a visa to permit your stay.

You’ll also need to check your health insurance when you travel, as the European Health Insurance Card (EHIC) will no longer be valid. The BBC advises that when you arrange your travel insurance, “you should make sure it has health cover.” Pensioners living in the EU before Dec. 31 as well as students on EU courses will still be able to use their EHIC beyond this, but will need to apply for a Global Health Insurance Card (GHIC).

A GHIC functions much in the same way, according to Schengen Visa Info, and means that you can get medical treatment in public hospitals and clinics within the EU. You can apply for a GHIC online for free via the NHS website.

Until a deal or no deal Brexit is officially announced, things are still up in the air. However, the changes mentioned above won’t be put into effect until the transitional period is over, or their individual specified dates.

This article was originally published on Dec. 7, 2020