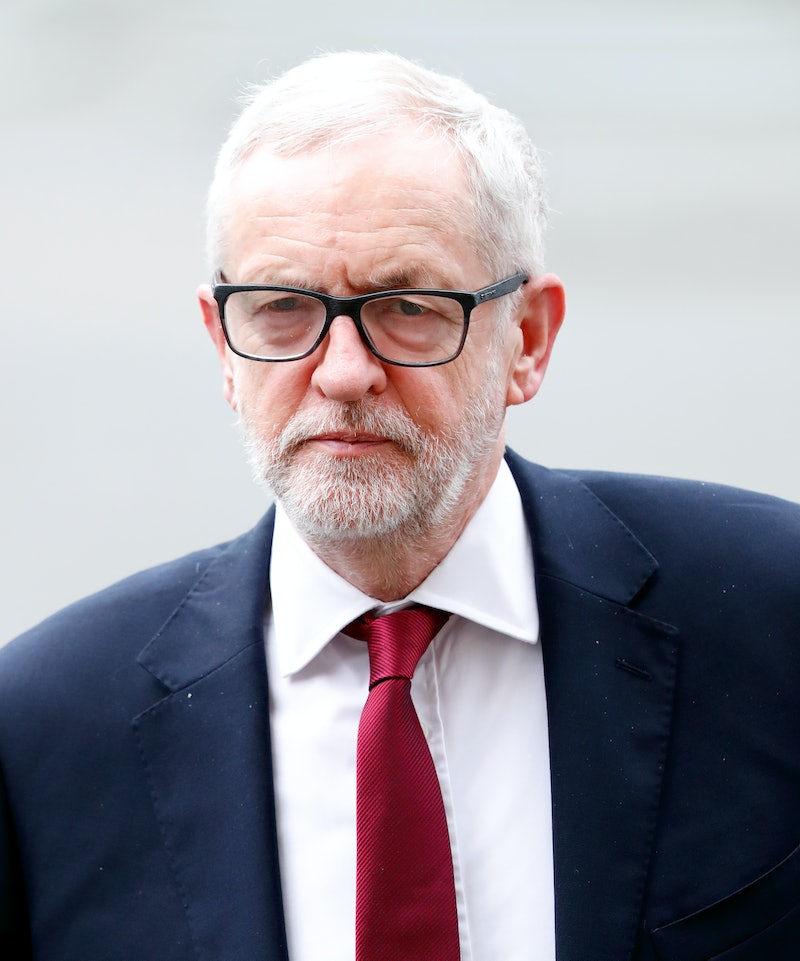 Following a three-week suspension, Jeremy Corbyn has been reinstated to the Labour party. However, the decision has been met with criticism from Jewish leaders and MPs including Labour leader Sir Keir Starmer who announced he would not restore Corbyn's whip.

Back in October, the ex-Labour leader was stripped of the party whip and suspended due to his response to a report on anti-Semitism under his leadership. The Equality and Human Rights Commission's (EHRC) found the party responsible for unlawful harassment, discrimination, and politically interfering in the complaints process. In a statement, Corbyn had described the scale of anti-Semitism within the party as "dramatically overstated for political reasons" and by "much of the media."

On Tuesday, November, 17. Corbyn released a statement clarifying his comments saying he regretted any "pain" caused. As the BBC reports, Labour's governing body, the National Executive Committee, was responsible for deciding whether to lift the suspension or take further action.

However, Corbyn's successor Labour leader Sir Keir Starmer announced via Twitter that he would not restore the whip to Jeremy Corbyn. While Corbyn's 55-year Labour membership remains, the decision means Corbyn won't be allowed to sit once more as one of the Labour Party's MPs.

Keir Starmer confirmed the decision on Twitter on Wednesday, November 18. saying it was his "mission to root out antisemitism" in the party. "Jeremy Corbyn’s actions in response to the EHRC report undermined and set back our work in restoring trust and confidence in the Labour Party’s ability to tackle antisemitism," he wrote.

Starmer added: "In those circumstances, I have taken the decision not to restore the whip to Jeremy Corbyn. I will keep this situation under review."

The Labour leader was under pressure from those who don't want to see Corbyn let back into the parliamentary party. Per BBC, former Labour MP Dame Louise Ellman quit the party over anti-Semitism concerns last year and said the decision was a "backward step".

She told BBC Newsnight, "What Keir Starmer and the chief whip should do now is to refuse to restore the whip to Jeremy Corbyn, in that way they can show that they are determined, as they have said they are, to rid the party of this dreadful stain."

However, Starmer has also come in for criticism from supporters of Corbyn, with five Labour councillors quitting the party in response to what they termed its "move rightwards" under its current leader. Labour MP Diane Abbott called for his reinstatement, and former shadow chancellor John McDonnell criticised the decision to suspend Corbyn, calling for party unity.

Following Corbyn's suspension, Sir Keir Starmer described the report's publication as "a day of shame” for the party, adding that anyone dismissing allegations of anti-Semitism is "part of the problem and should be nowhere near the Labour party."

On Nov. 17, Starmer tweeted it was a "painful day for the Jewish community and those Labour members who have fought so hard to tackle anti-Semitism."

"Jeremy Corbyn's statement in response to the EHRC report was wrong," he added, "and completely distracted from a report that identified unlawful conduct in our tackling of racism within the Labour Party. This should shame us all."

More like this
What The UK Blocking Scotland’s Gender Recognition Bill Means
By Sam Ramsden
Gen Z Are Twice As Likely To Identify As Queer, According To New Data
By Sam Ramsden
Here’s Where The NHS Nurses’ Strike Currently Stands
By Sophie McEvoy
Watch Jacinda Arden’s Devastatingly Honest Resignation Speech
By Sam Ramsden
Get The Very Best Of Bustle/UK
Sign up for Bustle UK's twice-weekly newsletter, featuring the latest must-watch TV, moving personal stories, and expert advice on the hottest viral buys.