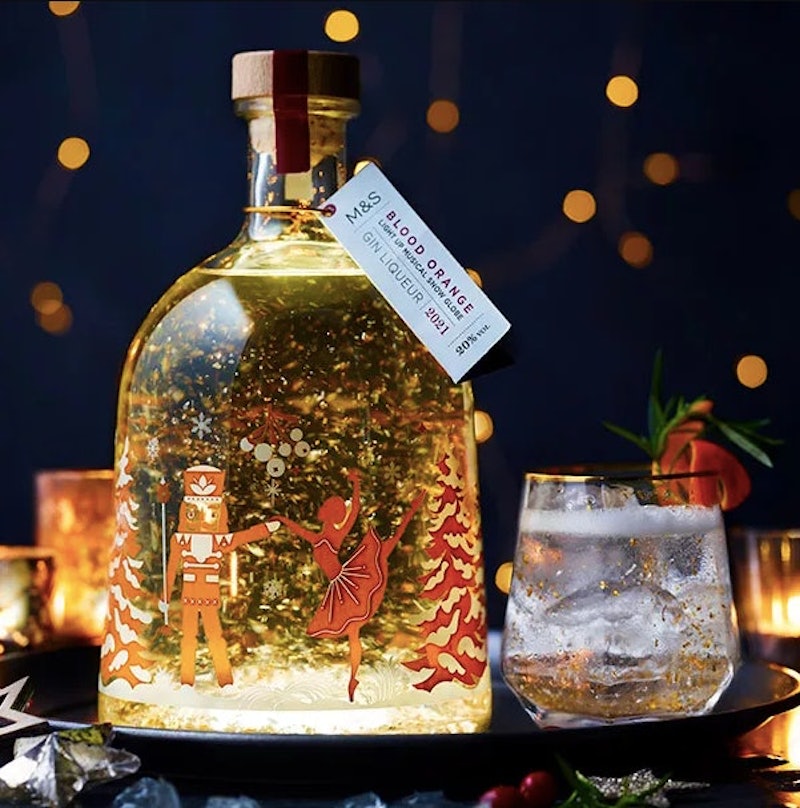 Aldi is once again in hot water with Marks & Spencer, who has legally challenged the German retailer for “copying” its popular light-up Christmas gin bottle. According to reports, M&S is taking Aldi to court over claims that the latter has replicated its gin bottle, which Aldi has branded “The Infusionist”.

Aldi is said to have registered its designs earlier in 2021, with its version coming in clementine and blackberry flavours and costing £6 less than M&S’ bottle, which is priced at £20. The bottles are said to be in similar shapes, with a light at the base and golden glitter suspended in the drink.

M&S is being represented by Stobbs, an intellectual property law firm. The legal document filed by the firm says that Aldi’s drinks “constitute designs which do not produce on the informed user a different overall impression to the [M&S] designs,” and that somebody hoping to purchase a bottle “might not notice the difference between the two products [from Aldi and M&S]”.

M&S would like the outcome to see Aldi destroy its stock of the drinks, pay damages and costs, and cease infringing on its designs.

The brand said in a statement: “Our customers have confidence in our products because they trust our quality and sourcing standards, so we will always seek to protect our reputation for freshness, quality, innovation and value — and protect our customers from obvious copies.”

Aldi has already rejected requests to stop selling the products, according to the Independent. This is not the first time M&S and Aldi have fallen out over a copycat scandal. Earlier this year, M&S filed an intellectual property claim with the High Court stating Aldi’s Cuthbert caterpillar cake was too similar to its own famous Colin caterpillar cake.

The caterpillar battle was renewed recently when Aldi’s Christmas advert showed a downcast Cuthbert being arrested in the background. The budget supermarket has also teased M&S on social media using the hashtag #FreeCuthbert.

More like this
Pret & Costa’s Coffee Is The Strongest On The High Street, According To Which?
By Sam Ramsden
Ben & Jerry’s New Sundae Flavours Are A Chocoholic’s Dream
By Sophie McEvoy
Here’s What TikTok's "Mascara” Trend Is *Really* About
By El Hunt
Dunkin’s Valentine’s Day Lineup Includes A Drink That Tastes Like Dessert
By Alexis Morillo
Get The Very Best Of Bustle/UK
Sign up for Bustle UK's twice-weekly newsletter, featuring the latest must-watch TV, moving personal stories, and expert advice on the hottest viral buys.