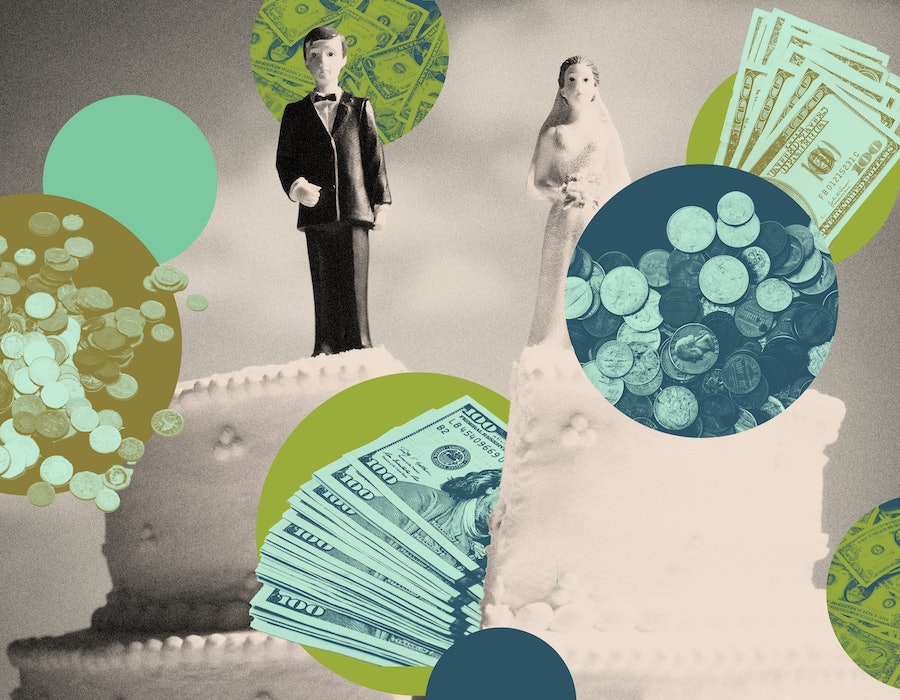 In How I Paid It Off, Bustle's asking real readers about the, uh, unconventional ways they paid off their student loans. Here, Janice, 33, tells us about how she paid off $10K by getting divorced.

Tell me about yourself. What do you do? How did college help you get there?

I did my undergrad at a small school in southern Virginia, where I majored in graphic design. I graduated in 2009, and in 2017 I became the CEO and founder of The Mentor Method, a software that helps companies build inclusive mentorship programs in under an hour — I built the algorithm the software runs on. The idea came from my own experiences being a first-generation American, not having an established professional network or inherently understanding the corporate system.

How much money did you owe in student loans?

I owed between $30K and $50K. I deferred payments for a year, then I was paying $300 a month while making about $40K a year as a graphic designer. It was brutal to see that much of my paycheck gone. It took me six years in total to pay it off, ending when I got divorced.

How did your divorce allow you to become debt-free?

I divorced my husband and got $10K, which I chose to use for my last bit of student loan debt, essentially ending that phase of my life. But that’s actually very little settlement money. We were living in Virginia, where the default is to split every aspect of the marriage 50/50 in a divorce. I had created my LLC while we were together, meaning he would have the rights to 50% of the business. I didn’t want that, so I made a deal where he kept his military pension, and I bet on myself.

Looking back, I could have received more than $10K, but I’m proud that I had the confidence in myself to turn down more money up front in order to keep ownership of The Mentor Method. It paid off — not only is my company profitable, but less than 0.7% of venture capital funding goes to Black and Latinx women founders, and I’m one of them. That wouldn’t have happened if I only owned half of my business.

What was the biggest money lesson you learned from paying off your student loans?

In my early 20s, I focused so much on appearances. In those final years of my student loan journey, when I shifted my priorities towards securing financial freedom in the future, I looked through my closet and realized, “these five outfits are worth one student loan payment and I haven't worn any of them in the last six months.”

Let’s say that tomorrow, President Biden cancelled $10K or $50K of student debt. How would you feel?

I would feel elated for those able to benefit. There is a socioeconomic divide when it comes to being able to pay off your student loans. Obviously this is one portion of the entire system of oppression that's woven into the culture of America, but having support to remove one hurdle speeds up the process of reaching your end goals, and frees up emotional space to dream about what you can accomplish next. People talk about the financial benefits of having student loans paid off and I can say firsthand that it positively impacts your mental health and well-being, one of the biggest resources we have. I was able to move to Austin, Texas. I started seeing a therapist for the first time, which helped me understand my relationship to money. Financial burden affected me on a daily basis.

This article was updated from its original version on April 16, 2021.

More like this
I Spent 2 Years Trying TikTok’s Dating Advice
By Kailynn Johnson
Twitter Has *A Lot* To Say About The "Single Penalty”
By Sam Ramsden
5 Signs You Have A Toxic Relationship With Yourself
By Lexi Inks
12 Active Date Ideas That'll Get You & Your Boo Outside
By Lexi Inks
Get Even More From Bustle — Sign Up For The Newsletter
From hair trends to relationship advice, our daily newsletter has everything you need to sound like a person who’s on TikTok, even if you aren’t.