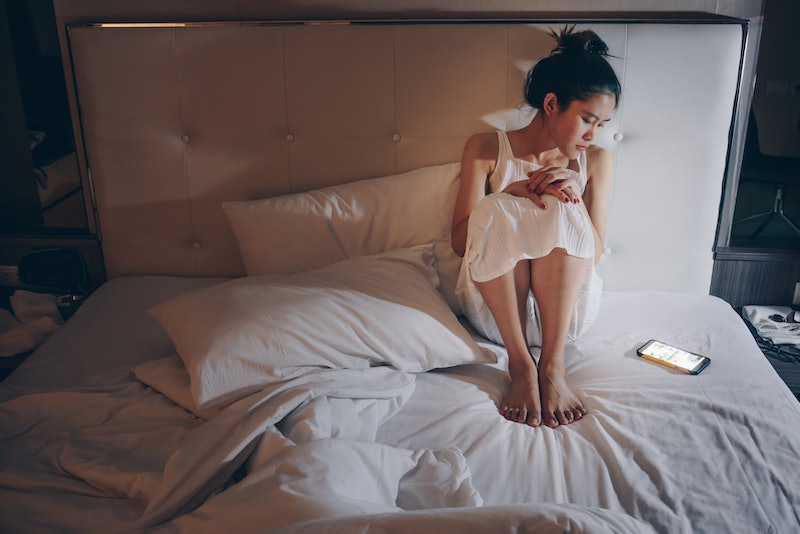 If someone's going to hang on to an ex for longer than they should, it's probably Pisces, the zodiac's hopeless romantic. This Neptune-ruled sign is a true dreamer searching for their soulmate. They tend to go into relationships expecting a fairytale romance, and once that fantasy is broken, it can be very devastating. The ending of a relationship is never easy for a Pisces, regardless of who initiated the break. Although it's in their nature to miss their past loves, there are three zodiac signs Pisces will likely regret breaking up with most.

"Post-breakup, a Pisces will most likely withdraw and isolate," Michelle Welch, astrologer and owner of SoulTopia, LLC, tells Bustle. "If Pisces got their heart broken, they will stay in their head, replay the breakup, and think about what led to the end over and over again. Some Pisces are prone to depression and may stay awake at night until they're able to fully process the breakup."

If Pisces ended the relationship, they would leave the "emotional door open." According to Welch, Pisces likes having a fall-back plan in case a new relationship doesn't work out. Even though it may seem like they move on quickly, Pisces are never truly done with their exes. If they start feeling like they've made a mistake, they will reach out and try to get back in touch. According to Welch, these are the zodiac signs Pisces will likely regret breaking up with most.