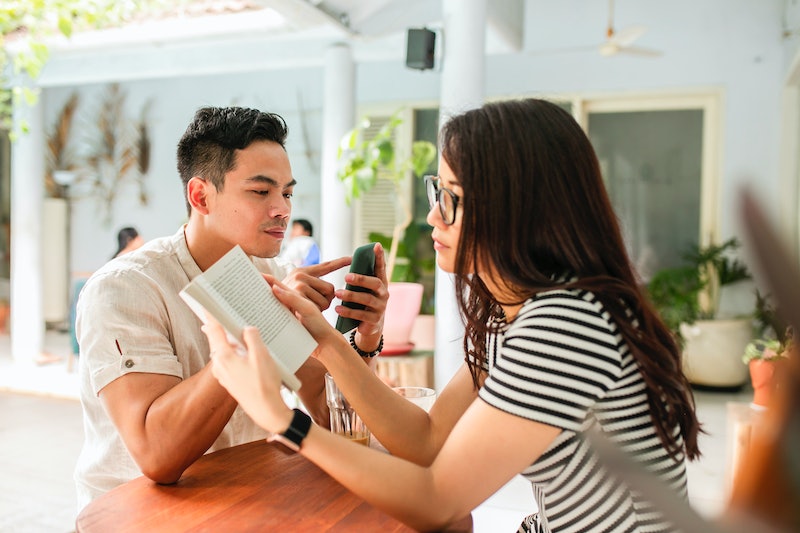 Since lockdown restrictions lifted, you may be busy hitting the bars, pools, and parties, and perhaps hitting it off with handsome strangers. But not every stranger out there is the one for you, and the events of the last two years have done very little to improve people’s dating game (see: Zoom dates). That means some of the interactions you have might be less-than-enjoyable, and you might find yourself wanting to reject the people you’re chatting with. Rejection is awkward and hard but necessary — still, what if you could put that hard work in someone else’s hands?

Here’s the bad part: Shutting ourselves inside for a year didn’t make the creeps less creepy. I thought the isolation would give them chances to reflect on themselves, but it seems some of them spent the past 16 months watching Game of Thrones on repeat — and for that, I’ll never forgive Jon Snow. (Yes I will, he’s so hot.) Maybe people are just as creepy as they’ve always been, but I have a lower tolerance for it now. Either way, bars are not the blissful socializing zones I fantasized about during those long winter months. So imagine that, yes, someone wants your number, and yes, they’ve asked six times, and they're really wearing Cargo shorts indoors. What do you do?

You’re likely out of shape at saying no to people. It was a long lockdown. Luckily, there are ways to get around that cringy, sometimes even a little dangerous, moment of trying to just tell someone a flat-out “NO”. While fake numbers or passing on a friend’s digits can help, there is another way: a rejection hotline. A rejection hotline is a number someone can call that will, either politely, impolitely, or with a bit of humor depending on what you’re going for, let someone down easily (or not so). It also might give you a bit of a laugh on the way.

It’s not exactly nice to give someone a fake number or send them away to get rejected by an automated message, sure. But if they’re creeping you out in public, they’re violating your boundaries, and you’re allowed to get rid of them. Just make sure you're OK with burning that bridge because there's no recovering once you give someone a rejection hotline.

These handy digits can also be good for fun, boozy events like bachelorette parties. Or scavenger hunts. Prank-calling is a lost art, one that kinda went away with the ‘90s and “wazzup!”. But these rejection hotlines can still be a lot of fun for prank calls, so why not revisit those halcyon days? Just a thought.

More like this
30 Clever Ways To Slide Into Your Crush's DMs
By Griffin Wynne, Carolyn Steber and Lexi Inks
Hinge Added A Video Prompt Feature, So Get Your Camera Rolling
By Hannah Orenstein
26 Ghost Story Podcasts To Get You Ready For Halloween
By Jessica Booth, Mia Mercado, JR Thorpe and Emma Carey
Libra & Aquarius Can Be Great Together, As Long As They Do One Thing
By Kristine Fellizar
Get Even More From Bustle — Sign Up For The Newsletter

This article was originally published on Aug. 21, 2015