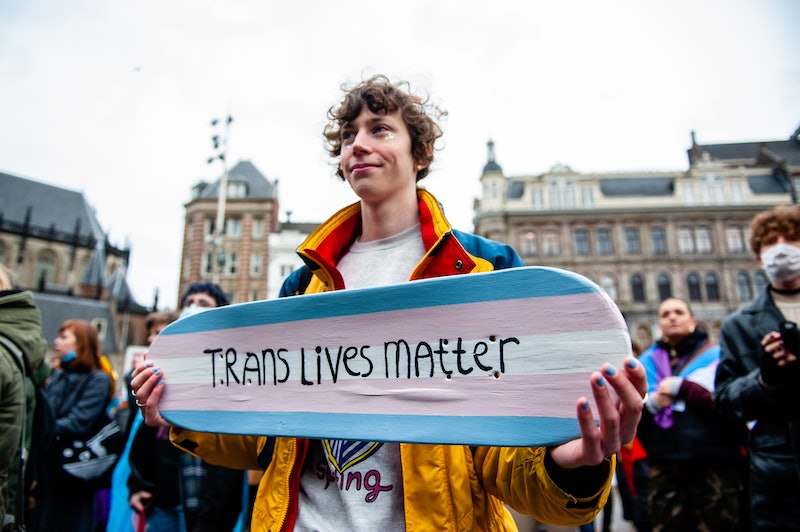 The Scottish Government has lost a legal battle with an anti-trans group in its attempt to change the legal definition of “woman” to include trans women. Legislation passed by Members of Scottish Parliament in 2018 stated that the legal definition should include “a person who has the protected characteristic of gender reassignment… if, and only if, the person is living as a woman and is proposing to undergo, is undergoing, or has undergone a process for the purpose of becoming female.” Translated, this means that trans women who have not yet undergone gender reassignment surgeries could identify as women.

Currently, the Equality Act (2010) defines a woman as a “female of any age,” though this terminology is notably trans-exclusionary. Since trans people do not identify as the sex which they were assigned at birth, the biological definitions of “male” and “female” are often interpreted as being outdated, with “men” and “women” notably acting as inclusive, umbrella-type terms that naturally include trans people.

Founded in 2018, For Women Scotland (FWS) was formed with the intention of campaigning against reforms to the Gender Recognition Act. In its current form, the GRA necessitates a medical diagnosis for trans people to legally change their gender, rather than self-identify as trans. Importantly, FWS argued that in attempting to reform the Equality Act, Scottish Parliament was stepping on the toes of Westminster.

The issue originally arose in amendments to the Gender Representation on Public Boards (Scotland) Act 2018, which pledged to increase the number of women on public sector boards to 50%. In changing its definition of a “woman,” this, in turn, altered legal precedents surrounding gender and self-identification so that Gender Recognition Certificates were no longer necessary. Interestingly, Pink News reports that less than 1% of trans people in the UK have one of these, rendering this initial piece of legislation a progressive moment for the trans community. This has now been reversed.

In response to the latest ruling in Scotland, Trans Activism UK tweeted: “Anti-trans hate groups will be parading this ruling as a win, that they will use as an excuse to push the idea that trans people can be denied access to *single-sex spaces* and to suggest that trans people are only legitimate if they have obtained a GRC.

“This. Is. Not. True. We are concerned about the implications that this could have for the security of trans staff in their place of employment, and how this ruling may be used in a nefarious manner to push for more transphobic rulings. But we ARE protected by law, GRC or not, and anti-trans groups have not won.”

More like this
Windrush Victims Are Still Waiting For Compensation
By Sam Ramsden
The UK Abortion Laws In 2022, Explained
By Sophie McEvoy
Boris Johnson’s Leadership Is In Question – Again
By Bustle UK
'Mean Girls' ​​Daniel Franzese Spoke Candidly About Conversion Therapy
By Rachel Mantock
Get The Very Best Of Bustle/UK