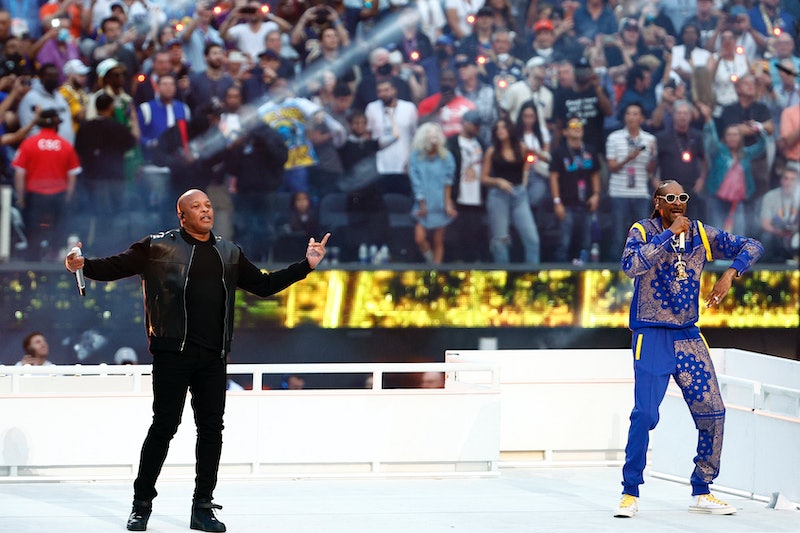 If sprouting gray hairs, an achy lower back, and the fact that Kevin McCallister is now 41 years old didn’t make you feel old enough, here’s something new you can spiral about: the Super Bowl 2022 halftime show using nostalgia to appeal specifically to Gen Y. That’s right, instead of musical acts designed to keep your dad in his seat in between the second and third quarter (hello, Rolling Stones), millennials on Twitter realized they were the target audience this year.

But it wasn’t just the halftime performance featuring Eminem, Snoop Dogg, 50 Cent, and more that pulled at millennials’ heartstrings — the generation also got a healthy dose of ’90s and early ’00s throwbacks from the commercials. From Lindsay Lohan’s cameo in a Planet Fitness ad to Scrubs, Sopranos, and Austin Powers reunions, it’s clear the group was top of mind for the entire show.

Although it’s nice to be thought of, many millennials took to Twitter to poke fun at the situation and also to freak out about how old they were feeling. Below, find 16 tweets and memes that’ll make you feel like talking about how much better things used to be in the good ol’ days.